Formula 1 started its season off with a bang at the Bahrain Grand Prix. This past Saturday F1 returned to the track for the first time since Max Verstappen won his first Drivers’ Championship. The race in Bahrain was an absolute spectacle, and I’ll break down how it all played out.

At the first qualifying session of the year Ferrari showed that they worked hard in the offseason to produce a top tier car. Carlos Sainz and Charles Leclerc placed P1 and P3 after qualifying and gave Ferrari the first pole position of the season.

Surprisingly enough Kevin Magnussen of Haas made it all the way to Q3 where he ended up P7. Lewis Hamilton only qualified in 5th while his former teammate Valtteri Bottas was right behind him in 6th.

The top five in order were Leclerc, Verstappen, Sainz Jr, Perez, and Hamilton. Mercedes was the only team with a Mercedes powered engine to make it into Q3.

As soon as the lights were out it was evident that this season would be a much more competitive one. You could immediately tell that cars were racing closer together, as well as the whole pack stayed closer to the leaders for longer than they usually have in past seasons.

Three laps into the race Haas driver Kevin Magnussen had moved up past Lewis Hamilton into fifth place. It is the only time I’ve ever seen a Haas driver pass a Mercedes, not including unlapping themselves.

The lead wouldn’t stick though as by lap ten both Hamilton and George Russell were in front of the Haas. On that same lap Sergio Perez passed Hamilton with ease to give him the fourth place spot.

Charles Leclerc and Max Verstappen had an absolutely epic battle through laps 17-20. Leclerc held first place, and as Verstappen came out of the pits he attempted to pass Leclerc to no avail. The next lap he continues pressing and squeezed by the Monagasque in turn four. 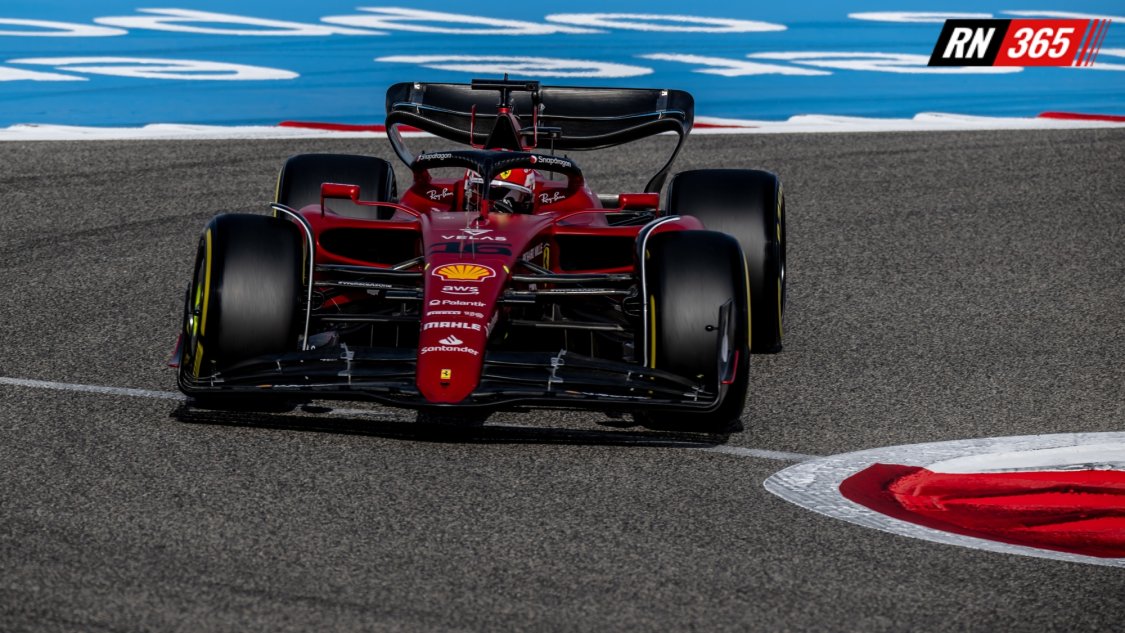 Leclerc was not going to just give away his lead, so he used DRS down the straight to regain the lead from the Red Bull. The two continuously changed spots, about four or five times, in those three laps. In the end Max used up his tires trying to pass and was stuck behind Leclerc for the majority of the rest of the race.

On lap 46 Pierre Gasly’s Alpha Tauri became overheated and had a electrical malfunction. His whole power unit shut down and the back of his car caught fire, ending his race early.

A safety car came out for four laps, which Leclerc was not fond of. As the race restarted Max tried to pass Charles but was unable to make it happen.


On lap 54 Max began complaining about his battery, and his team radio seemed to respond saying, “there’s nothing wrong with the battery.” Max was livid and it was visibly clear that the car was slowing down and that the power unit was failing.

Verstappen’s car had to come into the pits and was retired with less than 3 laps to go after being passed by both Mercedes and Kevin Magnussen’s Haas. On the very last lap of the race Max’s teammate Sergio Perez started having similar issues.

Perez’ car had the same issue as Max’s it appeared, but it came around three laps later. Checo was attempting to hold off the Mercedes of Lewis Hamilton behind him but lost power and spun out going into a turn.

Checo could not restart his car and did not finish the race. With less than 5 laps remaining it appeared Red Bull had one hand up on Mercedes and would be looking to battle with Ferrari all year.

Leclerc and Sainz ended up going P1 and P2 for Ferrari and were followed by the Mercedes of Lewis Hamilton and George Russell at P3 and P4. Kevin Magnussen finsihed fifth for Hass, their highest finish in F1 in the past five years, and Valtteri Bottas finsihed sixth.

Now Red Bull must evaluate their issues and fix the mechanical problems before the next race. Team Principal Christian Horner was devastated by the race result and will have a lot of work to do to get Red Bull into the Constructors Championship race.