Marcus Ericsson bumped Sebastien Bourdais’ car on lap five, coming off a restart, and flew through the air. Ericsson’s #8 Bryant Honda was battered following the crash, and there was not one person out of the thousands in attendance who believed Ericsson could climb back into the race.

Ericsson did not just make a top ten surge. He battled his way back to the lead pack, holding off Colton Herta and teammate Scott Dixon to win the inaugural Music City GP.

The caution flag was a common occurrence throughout the afternoon in the Music City GP. The combination of the bumps on the street circuit and tight turns made for a brutal race. There were five cautions and one red flag start to conclude the inaugural event.

When Ericsson hit Bourdais on the restart, he broke his front wing, and it got caught under his front wheels. He proceeded to hit the wall on turn six, which resulted in more damage to his car. 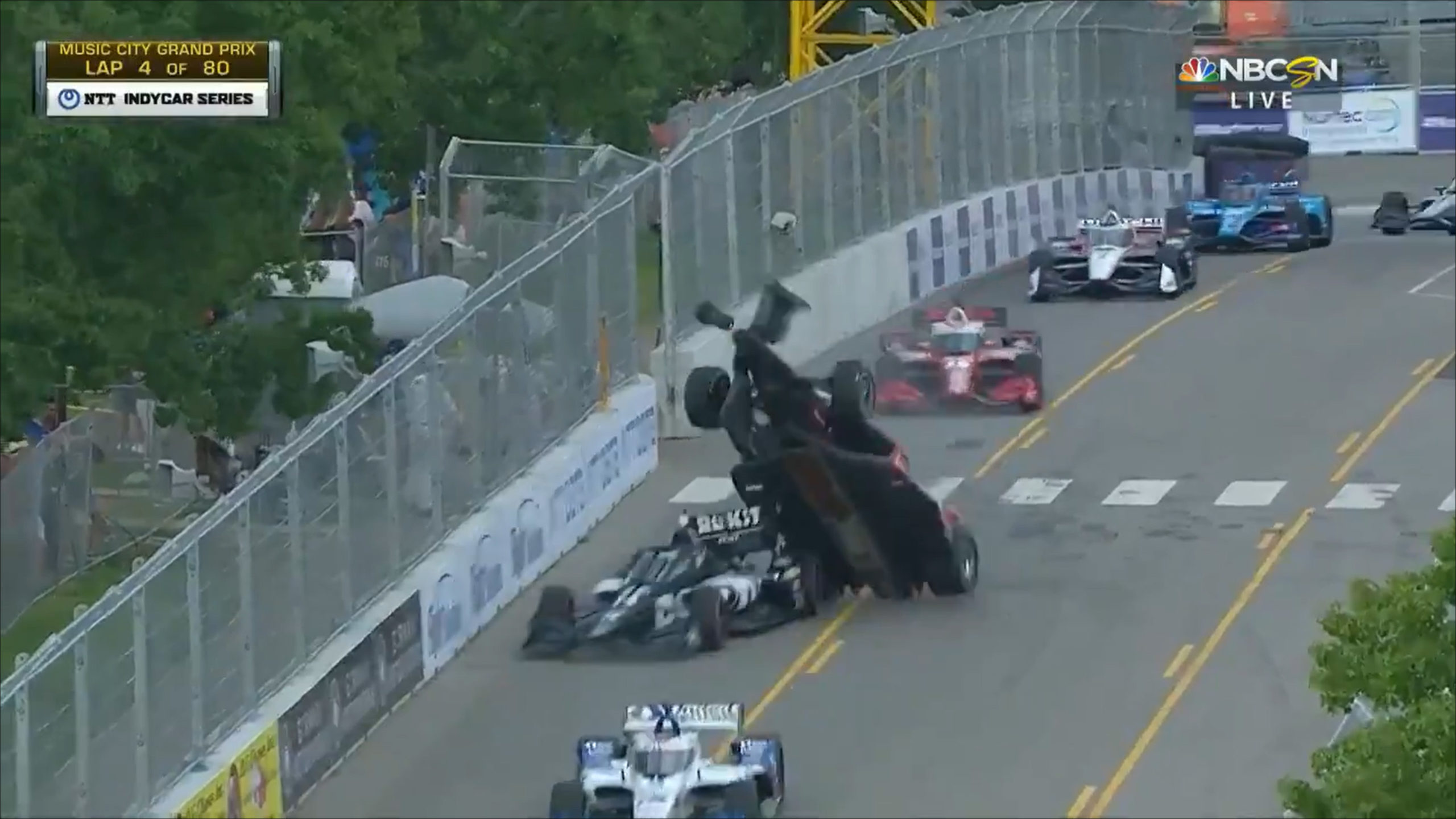 He immediately rushed back to the pits, causing him to fall to the pack of the field. Ericsson’s crew was flawless all day with efficient pit stops, allowing the driver to earn the victory.

Even though Ericsson had a difficult beginning to the race, the cautions continued to unravel, giving him opportunities to pick off cars. By lap 33, he was back in the lead of the Music City GP.

After the race, Ericsson joked about his miraculous win.

“I’m just trying to figure out how I ended up winning the race after being up, flying, and seeing the sky on Lap 5 and thinking my race was over. I can’t believe it! I got good air-time.”

Colton Herta had the strongest car of the weekend, but the final results do not acknowledge this fact. Herta led 39 laps which was two more than Ericsson, but he was unable to podium.

The young gun attempted to make a move towards the end of the race, but he was cut off by the Chip Ganassi driver, which locked his tires. Herta was forced to push harder after losing momentum with less than ten laps remaining which led to his downfall. Herta crashed with six laps left to go in an effort to catch Ericsson. This worked well for Ericsson, who was on the final leg of his gas tank. Herta was expected to win easily because of Ericsson’s fuel situation, but the Music City GP proved that anything could happen on a street circuit.

Ericsson was proud that he finished the job after the adversity he faced early in the race.

“In the end, when Colton was behind me, I had to do a really big fuel number to get us to the finish line and still keep him behind. That was one of the toughest challenges of my career and I’m very proud that I could keep him behind and keep the pace up. And that won me the race. He was pushing really hard, as we could see, and he’s been the fastest guy all weekend.”

Marcus Ericsson moved up to fourth in the NTT IndyCar standings. Alex Palou, who finished seventh, maintained his lead in the standings, and he is now followed by Scott Dixon and Josef Newgarden.