The NTT IndyCar Series is on a halt this weekend, giving drivers and teams time to think about improvements to gain a competitive edge. For Team Penske, this is a must during the off weekend.

Team Penske, one of the American racing powerhouses, has still not had a driver at the top of the podium in 2021. Nine races are in the books, and seven events are remaining on the 2021 NTT IndyCar Series schedule, giving Team Penske plenty of time to find a win.

Nevertheless, luck has not been on the team’s side thus far for Roger Penske’s four drivers on the 2021 IndyCar roster.

Newgarden and Pagenaud in the Hunt for Team Penske

Every year, drivers and teams have two goals heading into the season. The first is to win the Indianapolis 500. The 105th running was claimed by Helio Castroneves, meaning this goal is no longer attainable with seven races remaining.

The second goal is to win the NTT IndyCar Series championship. This title is claimed by being the points leader at the end of the season. 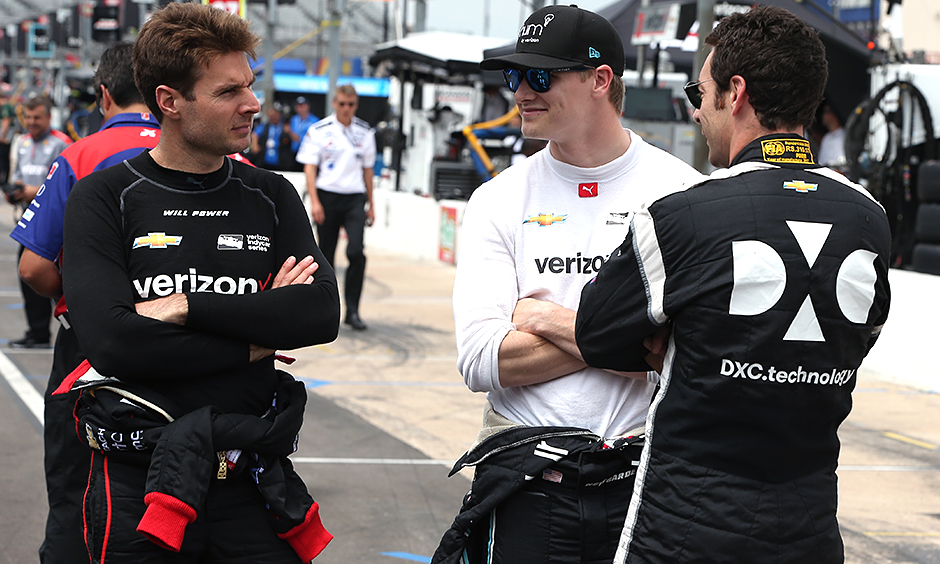 Team Penske is still alive in the points standings. In fact, the team has two of their three best drivers in the top five. Josef Newgarden is in fourth, and teammate Simon Pagenaud follows him in fifth.

Nevertheless, these drivers need to start winning if they want to catch the young guns at the top of the leaderboard. Alex Palou of Chip Ganassi Racing is in first with 349 points. He is proceeded by Pato O’Ward (321) and Scott Dixon (296).

Considering how well the top three drivers are racing, Newgarden and Pagenaud need to start finishing at the top of the podium.

Will Power and Scott McLaughlin Still in the Hunt

Will Power and Scott McLaughlin are not mathematically removed from a chance at the series championship. However, they are heavy underdogs based on their current position.

Power and McLaughlin are just outside the top ten at 12 and 13 in the NTT IndyCar Series standings. Power, a seasoned veteran, barely made the cut in the Indy 500, and his care was slow on race day.

McLaughlin is going to be a solid driver when he finds his rhythm in the sport. He has only made ten starts in IndyCar, and this is his rookie year.

Is McLaughlin going to be the next Alex Palou or Pato O’Ward?

No, considering he has four years on these drivers despite his rookie status. However, he has not disappointed for Team Penske throughout his rookie year.

Team Penske has been in the hunt at the end of races, but no drivers have been able to finish races. Newgarden has six top-ten finishes and four top-fives in 2021, but he has not capitalized on early race dominance. Newgarden is the driver who will win a race for Team Penske in 2021. His race strategy has been nearly flawless, considering he has led 124 laps. Yet, the only lap that matters in IndyCar is the final trip around the track.

If one Penske car has been strong in 2021, it’s the #2 HITACHI Chevrolet that belongs to Newgarden. For a reference, Pagenaud, who is one spot behind Newgarden, has only led four laps this season.

Newgarden was victorious at Mid-Ohio in 2017, and he will win again in 2021. The week off will benefit Team Penske for a second-half push at the NTT IndyCar Series championship.