Charlie Murphy: The Iconoclastic Showman Behind the Chicago Cubs

I had never heard of Charlie Murphy until I got this book. Growing a Cardinals fan I had no interest in the Cubs. However. this book is well written and researched by author James Cannon and it held my interest throughout the entire book. There is references about other notable people in baseball during this time period that I was able to connect the dots.

Murphy’s family arrived in America during the “Potato Famine” in Ireland and his parents settled in Ohio near Cincinnati in the town of Wilmington. Charlie was a good student and exceptional athlete in school. Later he moved to Cincinnati.He had a strong interest in theater and the movies. Murphy got a job at a drug store in Cincinnati and then as a sports writer.  He saved his money and moved to New York to work for JT Brush, owner of the Cincinnati Reds.

Charlie Murphy was a promoter. On a trip to Chicago, he happened on a chance to buy the Chicago Cubs for what he thought was a cheap price. But he didn’t have the money. So, he eant back to the Cincinnati area and tried to convince a friend of the theater that he knew, Charley Taft and his wife Annie to lend him money to buy the team. Taft,is the step-brother of future President William Taft. They did.

He took over in 1905 and through shrewd maneuvers and acute acumen, got the team in contention. He made deals with other team owners and although leery of his style, continued to allow him to run roughshod over the league and National League president. Former sportswriter Ban Johnson. AL President. couldn’t stand Murphy and hope he didn’t stay around long.

Murphy and Chicago White Sox owner Charles Comiskey got along remarkably well. they set up a series after the season to play each other. This is was financial success and the press loved it.

From there Charlie Murphy built a team  in 1908 that became historic. It included Tinker, Evers and Chance along with Mordecai  “Three Fingers ” Brown . They won the World Series for the first time in club history.

The book details what Murphy did for the next few years along with the people he tangled with which really sullied his persona in Chicago and the media. It led to his eventual downfall from baseball as the book details each and every account of his life and business dealings.

This is a remarkable book full of baseball information for all fans to enjoy. the book is easy tor read and should be o the bookshelf of every baseball fan, baseball historian and especially those with Chicago Cubs fandom.

Thank you to the University of Nebraska Press for allowing me to read and give a honest review of it contents.

Jason Cannon worked in collegiate sports information before turning to teaching and writing. His articles have appeared in NINE: A Journal of Baseball History and Culture.

“Success is the Only Option: The Art of Coaching Extreme Talent” by John Calipari 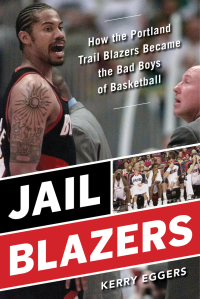