The year is 1968 and there are problems in our society dealing with riots, assassinations an war. But in baseball, it was the year of the pitcher. Author Sridhar Pappu did a wonderful job in his research for this book. He takes us through some of the things going on in baseball during this season.

Mentioning Los Angeles Dodgers pitch Don Drysdale who threw 58 ⅔ scoreless innings during the season while the National League logged 185 shutouts and the American League notched 154 of them. This certainly was the year that the pitchers ruled major league baseball.

There were two pitchers that led their leagues in pitching categories that led to the changing of the rules to include shrinking the strike zone and lowering the mound. The purpose was to attempt to put the hitters on equal setting with the pitchers.

Denny McLain led his Detroit Tigers to the World Series as he put them on his back and notched 30 wins during the year. Bob Gibson was the leader of the St. Louis Cardinals pitching staff that also played in the 1968 World Series. However, in actuality, these players were very unlike each other.

McLain was brash and full of grandeur in life as he wasn’t afraid to promote himself to the public. So much so, that later in life he crossed the line of the law and spent some time in prison. Gibson was also brash but in a different way. He had a no-nonsense approach on the field with an attitude that other players were his enemies. He wasn’t afraid to confront them with words or his fastball.

The book goes more into details on these pitchers and explains how they became the toast of baseball during 1968. It was their fantastic baseball season that changed the game of baseball for years to come.

This is a good read about baseball and the history behind the changing of pitching rules. All baseball fans should love this book and every bookshelf should have it. 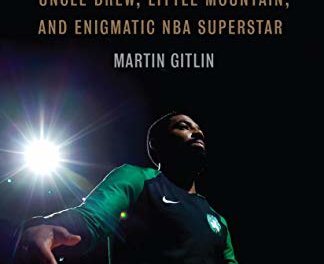