A Muhammad Ali painting will be sold as an NFT, and it could go for six figures. This news has the sports world and cryptocurrency enthusiasts buzzing across the globe.

NFT stands for non-fungible token. Non-fungible is a fancy way of saying that the token cannot be replaced with something else. It’s unique, unlike other cryptocurrencies that can be exchanged for another token with the same value.

Bitcoin, a common cryptocurrency, is fungible. You can trade one bitcoin for another of the same value. This is not the case for all NFTs. 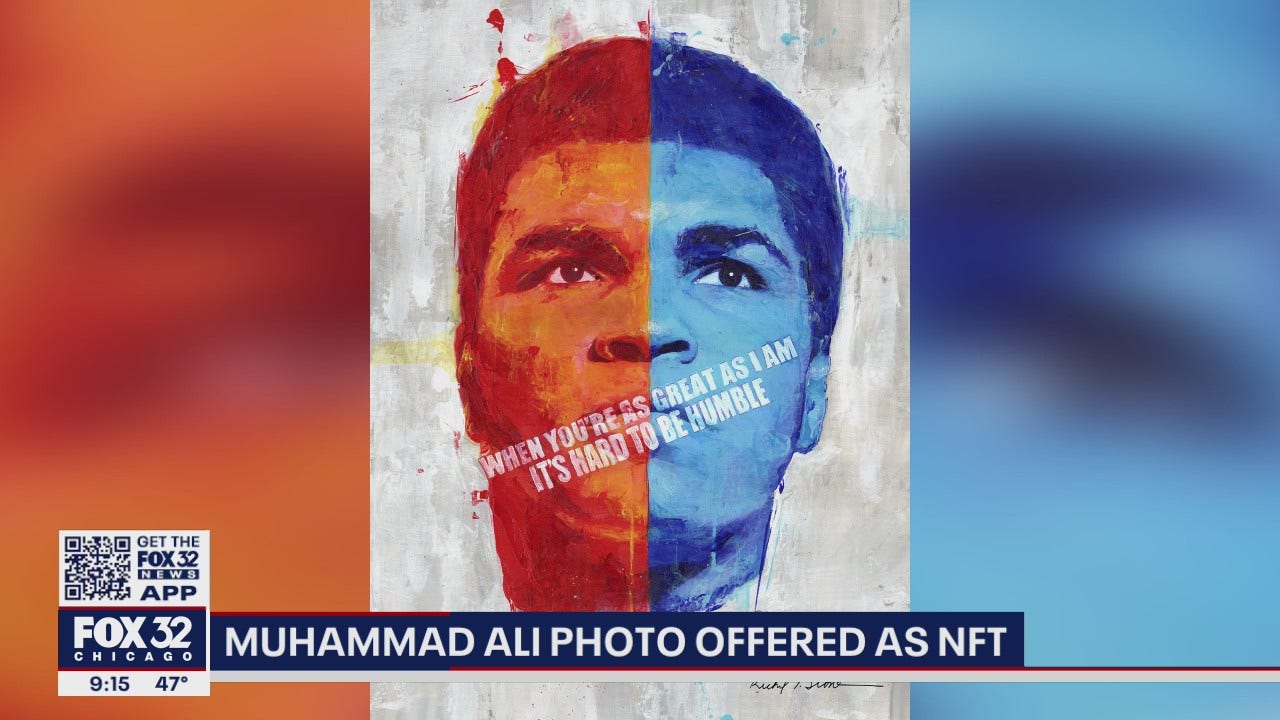 NFTs can be any digital form of media, including art, drawings, music, etc. However, the popular NFTs currently encompass art. This is where the Muhammad Ali NFT comes into the equation.

NFTs are going for a lot of money because they are perceived to have a vast amount of value. The uniqueness of every NFT makes them unique for collectors and people trying to make money through resale.

There is no guarantee that any NFT will have value in the future, but they are hot currently because of the cryptocurrency craze.

Muhammad Ali was more than a champion boxer. He was a humanitarian and ambassador for peace throughout the world. The painting that will be featured as an NFT shows all sides of Ali. This has caused many people to express interest in the one-of-a-kind token.

Artist Richard Sloane painted the picture of Ali that showcases the face of Ali in red and blue. It also includes a quote from the champ.

The saying is showcased across Ali’s mouth, and his face is painted in multiple shades of red and blue. Ali’s daughter Jamillah Ali-Joyce thought the painting was fantastic and gave credit to Sloane for capturing every aspect of her father.

“He doesn’t have to say it. I mean, just look at the photo, and it’s like it captures his beliefs.”

Sloane produced three copies of the painting, and they were all given to Muhammad Ali before he passed in 2016. These were the only portraits that were handed to Ali during his lifetime.

Ali family attorney John Chwarzynski is helping the family convert the painting to an NFT to sell. There will only be one NFT produced, and it will go to multiple charities. The attorney believes someone will pay six figures for the token.

The proceeds will be split between the Parkinson’s Foundation and the youth boxing program at the Celtic Boxing Club in Chicago. The program is designed to keep kids away from street violence in the city.

Ali Joyce said her dad would be proud to see how his portrait is continuing to help others.

“The proceeds of this particular piece will go to an amazing cause, not just to help with Parkinson’s, but to help people in the inner city get off the streets and in the boxing gym, like Celtic boxing.”

The bidding for the piece will begin on June 3rd, which is the five-year anniversary of Muhammad Ali’s death.