In the Midwest side of the bracket we have a one vs four seed matchup in the sweet sixteen. One seed Kansas will face-off against the fourth seed Providence Friars. Both teams have played well so far in the tournament, so it should be an exciting matchup.

Kansas has played stellar all season, racking up a 30-6 record on the year. However they were just 6-4 against top 25 opponents and will have their hands full with an extremely athletic Providence team.

Providence has been an exciting team all year but I’m not super hot on them. However it’s March, and we all know that means anything can happen. I’ll break down the game and the matchups and let you know how the game is going to go.

Kansas comes into this game having won seven straight games, including their most recent tournament win over Creighton by seven and big wins over TCU and Texas Tech in the Big-12 tournament.

The Big-12 was one of the best conferences all year and Kansas went 14-4 in conference play, only losing to conference opponents on the road, and one home loss to Kentucky.

Kansas is led by coach Bill Self who has helped the Jayhawks to a 277-15 record at home under his tenure. The Jayhawks are a team that has lots of talent, shown by their starting lineup that has four players averaging 10 points and 5 rebounds per game.

Kansas has a good defense but also turns the ball over a bit too much. Ochai Agbaji has been tremendous for them, averaging 19 points per game. Dajuan Harris coming off the bench leads the team in assists with 4.3 APG.

Is Providence the real deal?

Despite having a 27-5 record, many people are questioning Providence’s abilities. Let them keep questioning. Providence has been a force all season and is one of the most athletic teams in the country. 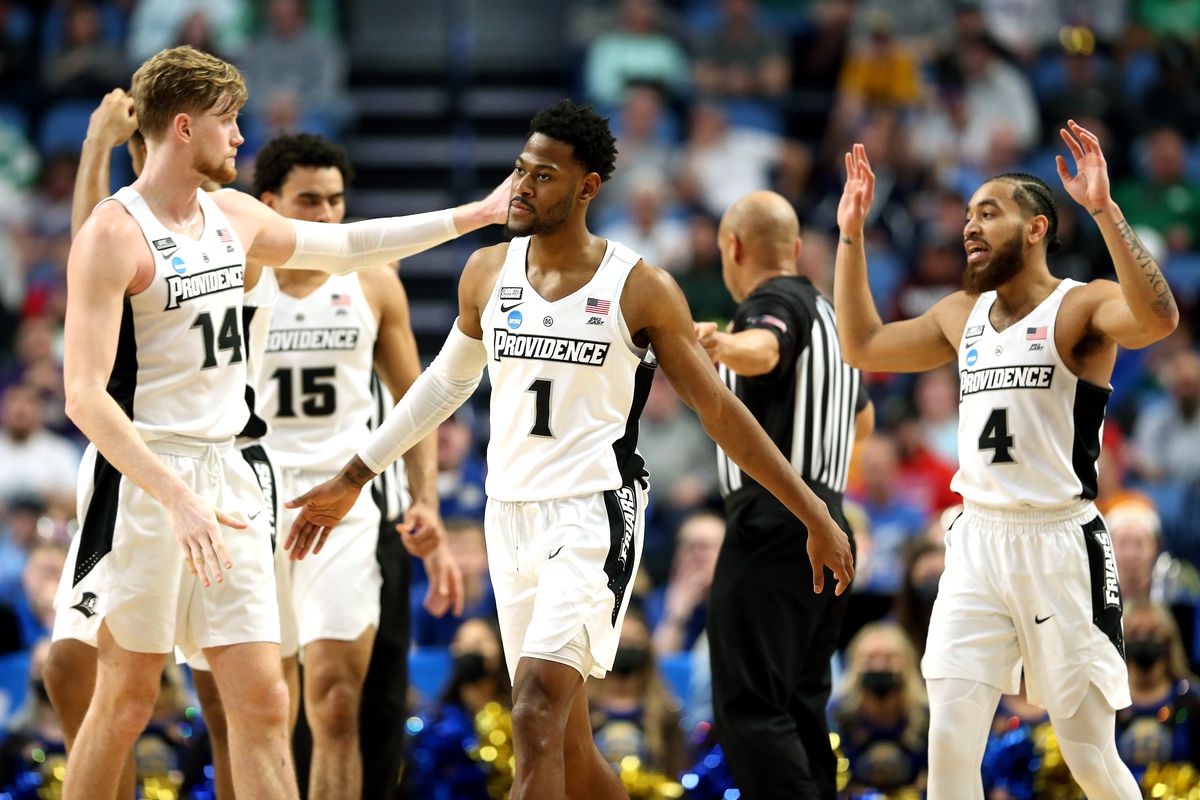 Providence looked great against Richmond in the second round.

They’ve played a lot of close games this year which may suggest their a bit worse than their seeding, but they absolutely dominated an experienced Richmond Spiders team in the second round.

Providence has lots of scorers, shown by nine different players scoring at least nine points against Richmond in the second round. I believe Providence is a good team, but they’ll need a lot out of Noah Horchler and Al Durham if they plan on beating Kansas

When analyzing this matchup between these two teams there were a few things I looked at. First off, Kansas has a lot of height on their team, and while Providence has tall guys, they don’t have the skill that Kansas does.

If you take a look at Providence’s schedule, you’ll see they got absolutely waxed by Creighton less than three weeks ago. Creighton put a beatdown on them and the Friars lost by 27.

Now that’s not the most significant stat in the world because Providence beat t by 20 earlier in the year. However it is relevant because Kansas beat Creighton last week in the round of 32.

It is March. Anything can happen. That being said I fully expect Kansas to run away with this one. Providence will hang around but I think late in the game Kansas will pull away.

The spread in this game is Kansas at -7.5 while the over is set at 141.5. I expect Kansas to win but I’m not sure by how much. They could blow Providence out of the water but they also might be kept in a close game. Either way, I’m taking the Kansas moneyline in this one.