Day two of the NCAA tournament was a fun one. We had three double-digit seeds win yesterday, and they were 10-seed Miami, 11-seed Iowa State, and 11-seed Notre Dame. Texas Tech put a beatdown on their opponent, and Miami and USC had an incredible back and forth fight.

I’ll discuss the best and closest games from Friday and let you know how all the madness went down.

Jacksonville State gave the Tigers a big scare in the first half of their first round matchup. The 15-seeded Gamecocks were up by six halfway through the first, and proceeded to hold their lead until there were about five minutes left in the half.

Auburn then went on an 11-0 run to end the half, giving them a 12 point lead at halftime. Auburn extended that lead to a whopping 24 points in the second half, but the Gamecocks played with pride. They cut the lead down to 14 points but could not get much closer than that.

Walker Kessler is one of the best big men in the country and posted 9 blocks against Jacksonville State on Friday.

Auburn’s Jabari Smith had a monster game, shooting 6/13 with 20 points and 14 rebounds. Walker Kessler was one block away from a triple double, posting 13 points with 10 rebounds and nine blocks.

The Gamecocks did great at the free throw line, shooting 83% as a team. Jalen Gibbs has 20 points and six rebounds, shooting 4/9 from three.

Sister Jean couldn’t get the Ramblers going this year. In the 7 vs 10 seed matchup out of the south region the Ohio State Buckeyes came out victorious. There were five ties and three lead changes in the first 15 minutes of the game as the Ramblers started strong.

Ohio State was too much for Loyola. They’ll advance to play Villanova in the second round.

Loyola did a great job defending the perimeter and making threes of their own. They shot 28% from three while OSU shot 6.7% from beyond the arc. It wouldn’t matter in the end as the Buckeyes outscored the Ramblers 43-30 in the last 25 minutes of the game and won 41-54.

Loyola’s downfall was their free throw shooting (3 for 10) and their shooting percentage (27%). Braden Norris did all he could for the Ramblers, dropping 14 points and shooting better than 40% from the field and from three. Ohio State’s guard heavy offense was too much for Loyola, and big man E.J. Liddell made 8 of his 10 free throws down the stretch.

Chattanooga blows lead, loses by one

4-seed Illinois survived a scare from one of the most underrated teams in the tournament. Chattanooga started off super hot, getting out to an 18-6 lead to start the game. The Mocs slowed down a lot as the game proceeded, though.

Twice in this game Chattanooga had a 12 point lead on Illinois but couldn’t hold on to it. The Mocs got scoring from all over the place, as every player that got on the court for them scored a point. Unfortunately they gave up their lead with about a minute remaining and wouldn’t be able to regain it.

Neither team shot very well, with the Fighting Illini shooting 39% and Mocs shooting 32%. Illinois will face Houston in the second round.

The Red Raiders were my favorite team coming into the tournament. They’re statistically the best defensive team in the country, they had one of the toughest strength of schedules out of anyone, and they beat Baylor twice this season. 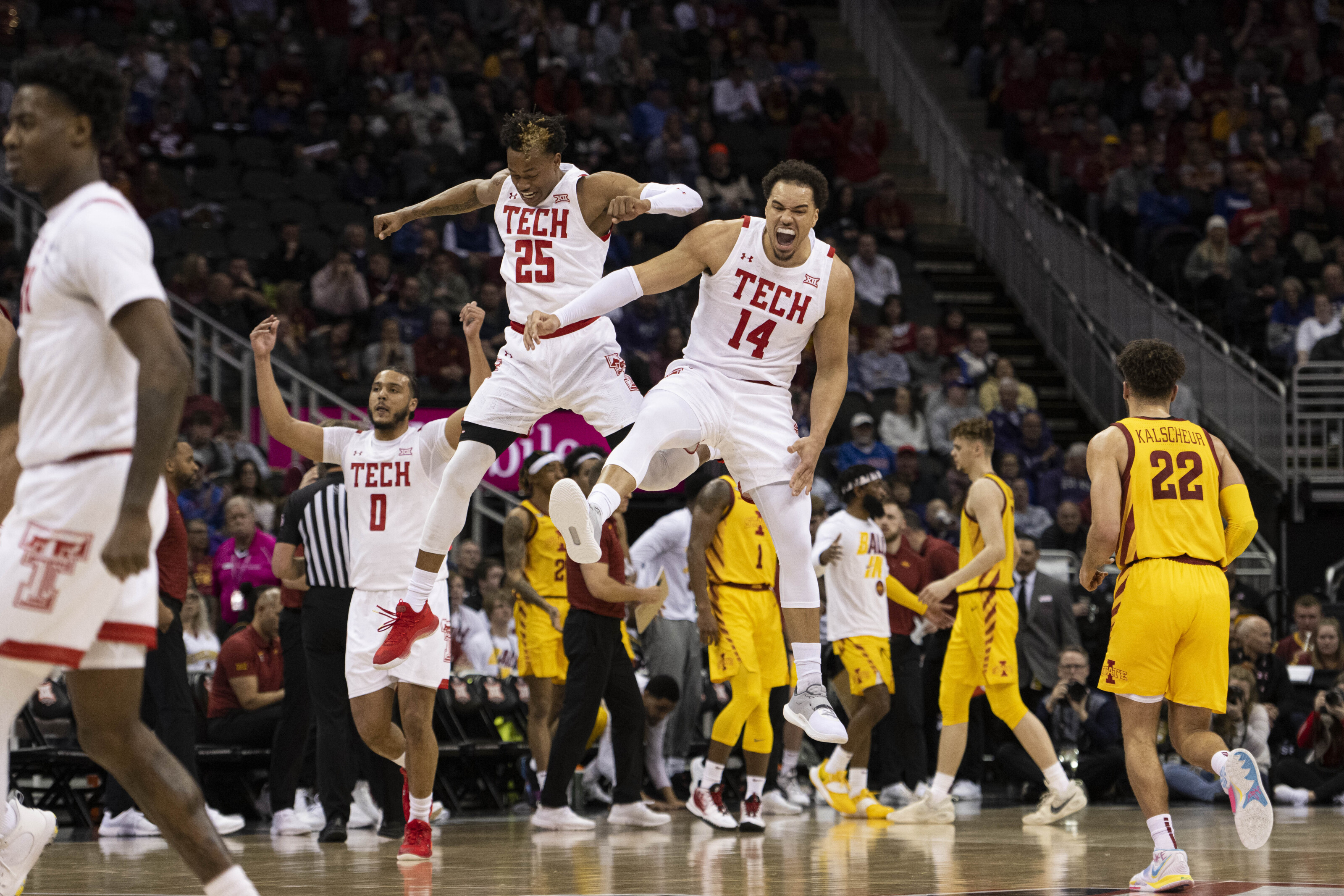 They did not disappoint in their first round matchup. In just the first half the Red Raiders dropped 52 points and went on a 32-7 run to start the game. They did not let up in the second half and shot 60% from the three point line.

The Bobcats only had one player score more than 10 points and that was guard Xavier Bishop, who had 12 points. They were outrebounded 33-24 and just could not get anything going.

Miami and USC play to the wire

The 7-10 matchup is always a fun one in the NCAA tournament. 10 seeds win about 40% of the time, and last year two of the three 10 vs 7 games that were played resulted in the 10 seed winning (7-seeded Oregon won on a technicality after VCU forfeited due to Covid.

The seven seeds were 2-0 going into friday, but the Hurricanes were ready to spoil that streak. Miami started the game off well defensively, forcing lots of turnovers. Miami’s big man Sam Waardenburg had four blocks in just the first half. 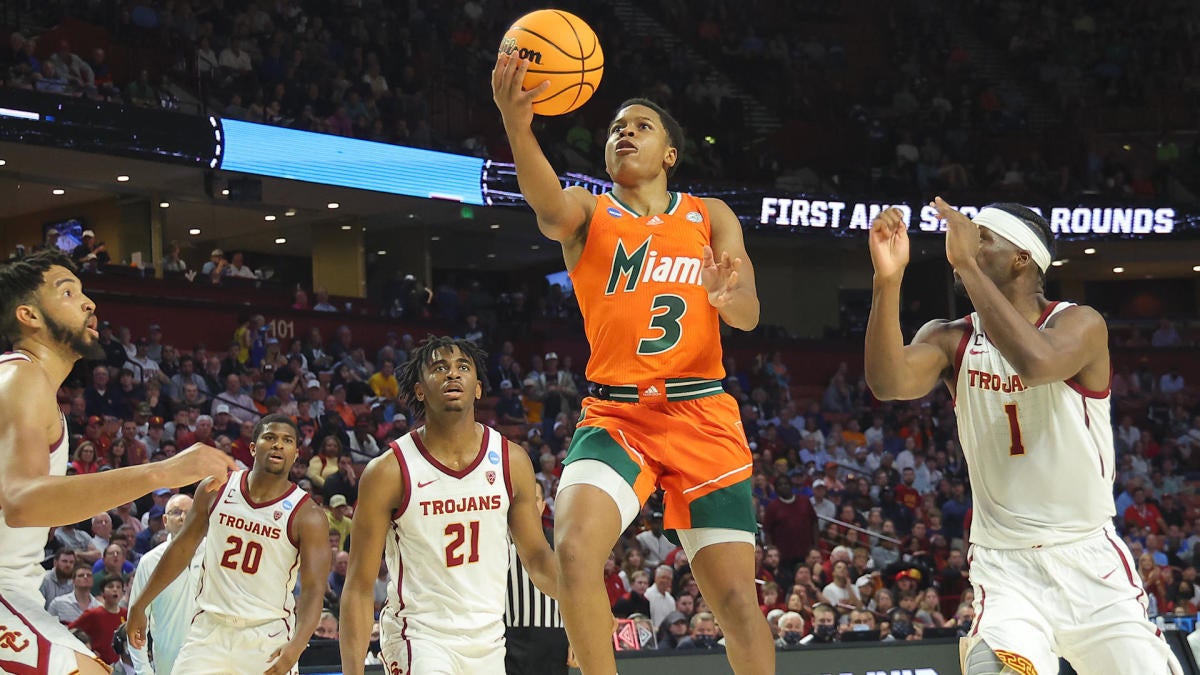 Isaiah Wong had Miami’s first 13 points of the game and went on to have 22 before fouling out with two minutes left in the game. The Canes were up 11 at half but had to work back after USC went on an incredible 17-2 run to start the second half.

Charlie Moore got hot late and took over when Wong fouled out. He had 16 points and four steals in the game, and played stellar lockdown defense. For USC Reese Dixon-Waters had 16 points off the bench, more than double the entire Miami bench.

The Hurricanes will move on to the round of 32 to face 2-seed Auburn. Miami will have to deal with more big men on the inside, and the Tigers’ Walker Kessler had 9 blocks in their first round game. Should be a fun one on sunday.

Many people had Alabama advancing past the second round against Texas Tech. Those people will be disappointed to hear that Alabama got handled easily by Notre Dame who beat them 78-64 on Friday.

The Fighting Irish were only up five at half but outscored the Tide by nine in the second to give them a substantial 14 point victory. Notre Dame shot 53% from the field and a mind-blowing 63% from deep.

Alabama had four players with 10+ points, including Juwan Gary and JD Davison off the bench. Alabama was 4/7 from the line and shot 40% from the field.

Notre Dame is in the tournament for the first time since 2015 and will face defensive powerhouse Texas Tech in the second round.