The UConn women’s basketball team faced South Carolina last week, and it was apparent that they were outmatched. The Huskies entered the contest ranked second in America, but the game showed the vast gap between UConn and the number one Gamecocks.

UConn is only four games into the 2021 slate, so it’s not time to panic. They will likely still be a one seed in the NCAA Tournament and coast to the Final Four. Although, Geno Auriemma does not coach to be one of the best teams in America. He coaches to win National Championships.

For UConn to win a National Championship in 2021, they must improve in a few areas. The growth will be measured by their rematch with South Carolina in Columbia on January 27.

Experience Down the Stretch

UConn was defeated by South Carolina 73-57, but they entered the fourth quarter in striking distance. Although, South Carolina’s defense was too much for UConn to overcome in the final ten minutes of action. 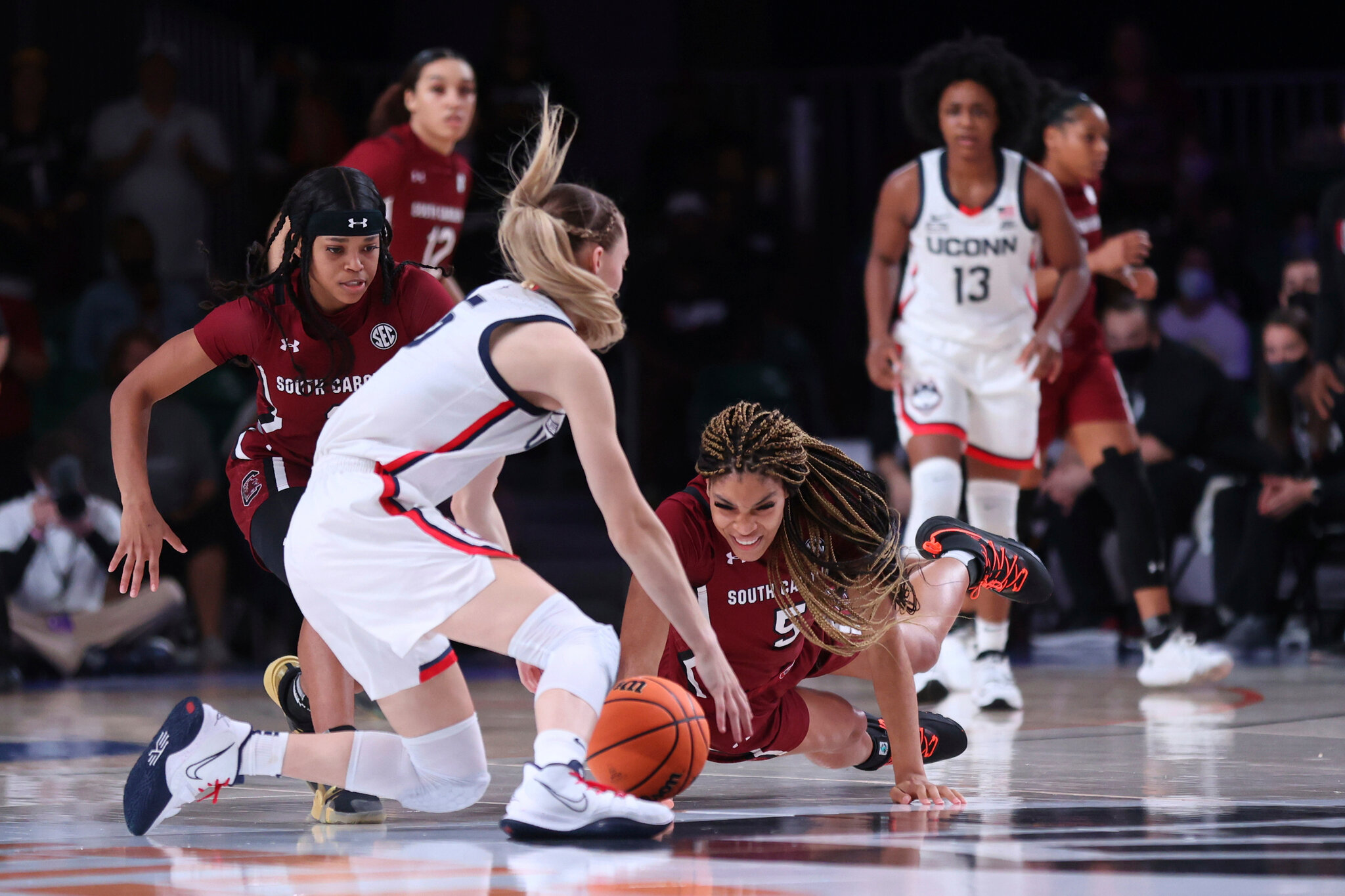 Paige Bueckers is UConn’s weapon, and the Gamecocks took her out of the equation down the stretch. When Bueckers is not in the picture, UConn needs another player to take the reins.

This could be Azzi Fudd, the first ranked recruit in the class of 2021. However, she needs more reps to catch up with the pace of major Division I basketball. The Gamecocks defense got stronger as the game developed, but UConn stalled late.

The best teams get stronger as time dwindles. This has been a trademark of Auriemma’s teams, but the 2021-22 roster must do it against the bottom feeders of the Big East and the true championship contenders in America.

The Huskies only scored 21 points in the second half and three in the fourth quarter. These two numbers say everything you need to know about UConn’s stamina. They were punched in the mouth and could not respond.

UConn Needs to Control the Paint

The best teams in the country win games in the paint. If teams cannot box out opponents and grab boards, they will have a hard time winning.

UConn’s starting guards scored most of the team’s points against the Gamecocks. The forwards only had 12 points on ten shooting opportunities.

It’s hard to beat a big team like South Carolina without having some presence in the paint. Teams can key on UConn’s guards like Bueckers, Evina Westbrook, and Christyn Williams if the bigs do not step up in the paint. 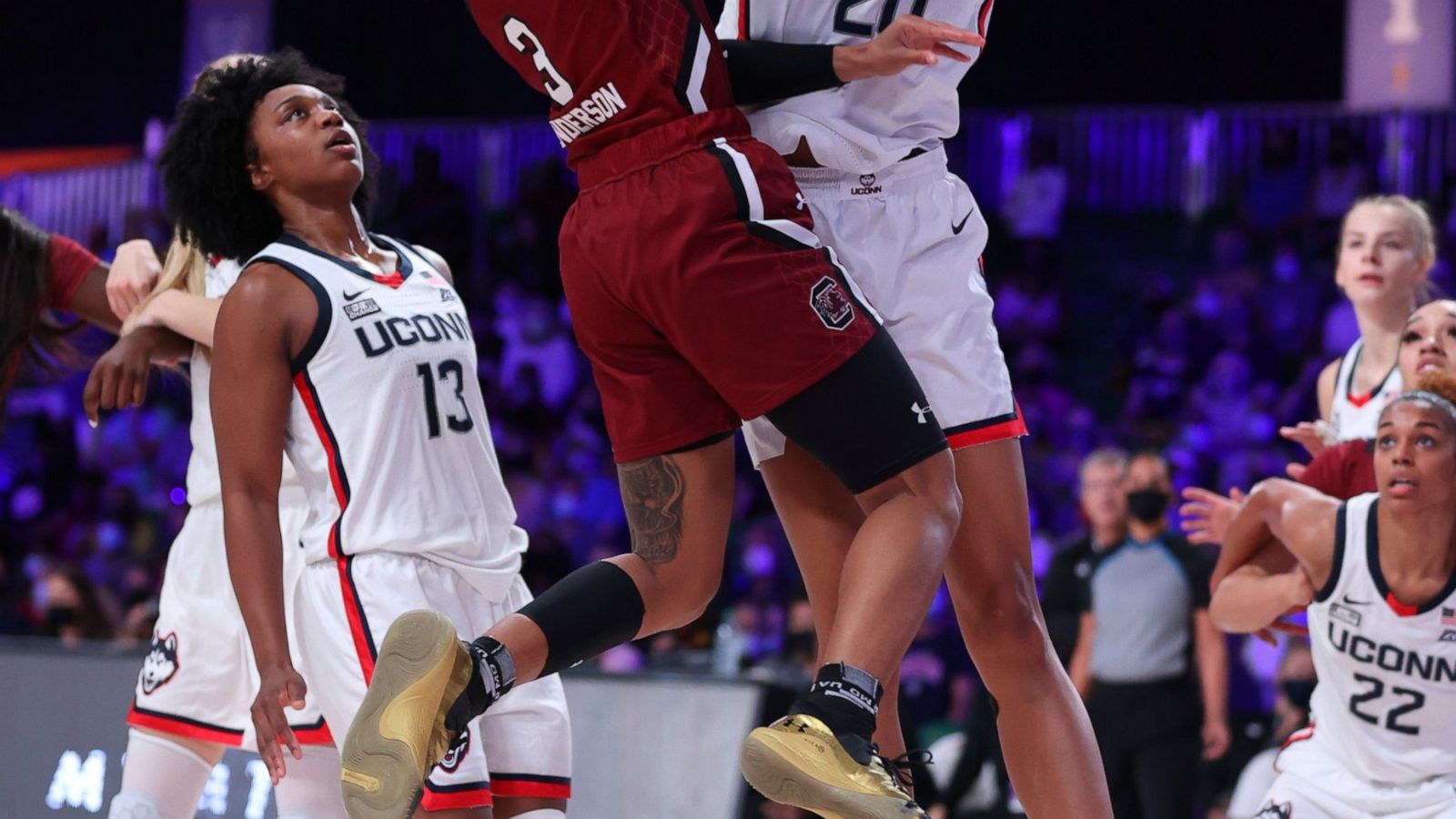 Westbrook was asked about the offensive struggles after the game.

She said, “I think in the fourth quarter, especially, we just couldn’t really get in a flow offensively, and it was just difficult for us. We knew what we were doing, but we just couldn’t get into it.”

The flow for UConn will start in the paint because it will open up Bueckers for more scoring opportunities.

Bueckers was 8 of 19 from the floor with five rebounds and seven assists, but Auriemma was not pleased. It was a strong performance on a night where there were very few positives for the Huskies. As good as Bueckers played, it was not good enough. The reigning AP Player of the Year needs to steal the show, which did not happen against South Carolina.

After the game, Auriemma spoke about his best player, and he was candid, to say the least.

“I don’t think she was any good today, to be honest with you. The first half, there were a lot of great moments that she had. But for the entire second half, I don’t think she was much of a factor. I don’t know whether she just got tired, she was worn down. But it wasn’t the same Paige we’re used to seeing.”

This is clearly a motivational tactic from Auriemma, but he is not wrong. Bueckers had nothing left in the fourth quarter, and this needs to change for UConn to close the gap with South Carolina.

UConn will return to action on Friday at Seton Hall. The opening tip is scheduled for 7:00 PM ET.

Kofi Cockburn For National Player of the Year