Just last week, Ole Miss and Arkansas were undefeated and headed into games on the road against a national title contender. Both were humiliated.

Saturday’s contest is important for both teams given the fact that just two weeks ago Arkansas and Ole Miss believed this year was special for them. The game provides both teams with a critical opportunity to bounce back from rough performances last week.

Last season quarterback Matt Corral had the worst game of his college career against the Razorbacks, throwing 6 interceptions. Saturday is an opportunity to make up for that performance.

Arkansas vs Ole Miss Matchup at a Glance 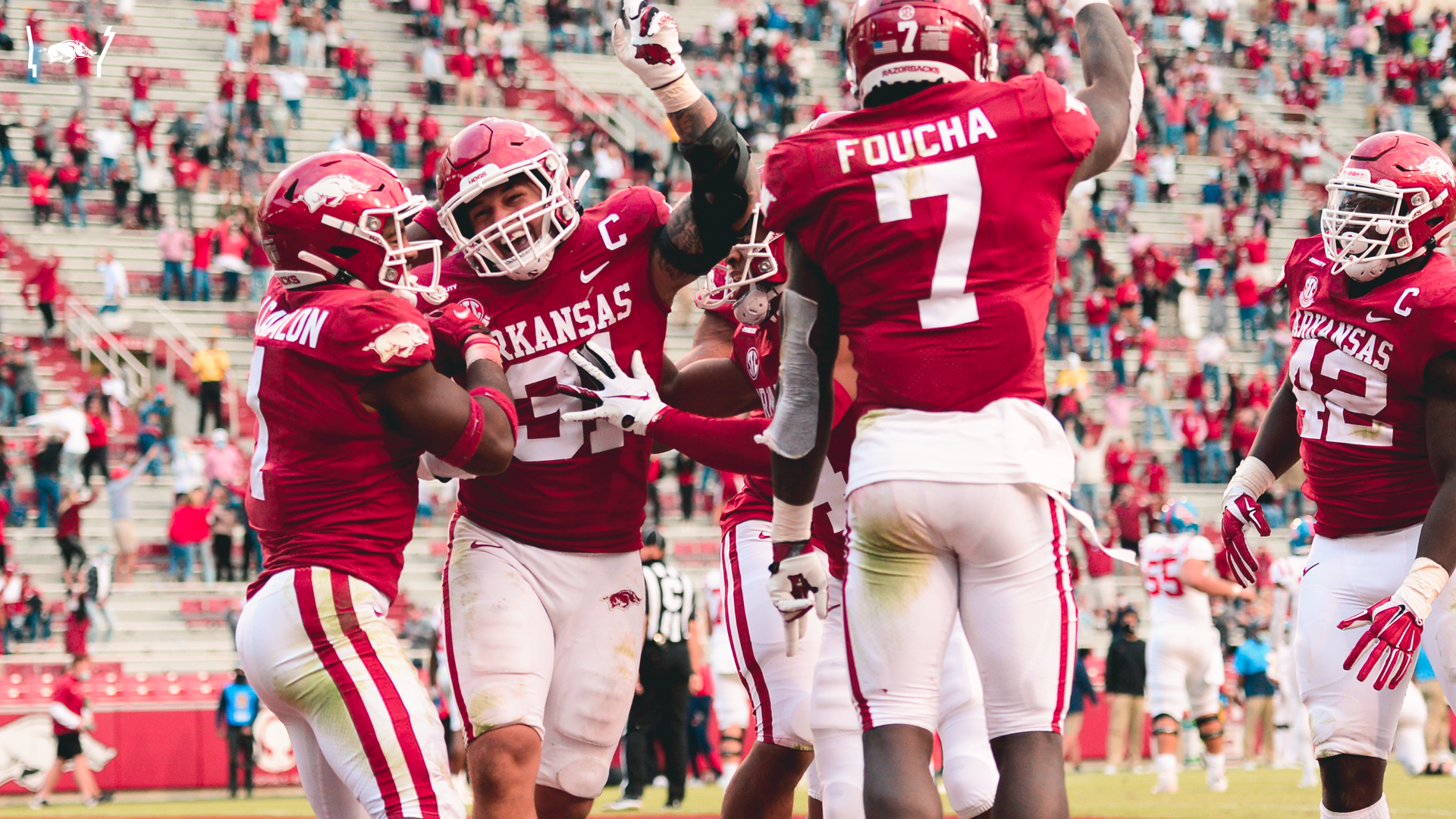 Lane Kiffin’s team is coming off a tough loss on the road in Tuscaloosa. The Rebels were very aggressive on a couple of fourth downs, which kept them behind the eight-ball from the start. Alabama cruised, but Lane Kiffin’s intentions were clear. He played to win the game.

The Rebels have one of the best offenses in college football that poses a threat to any defense (maybe not Alabama and Georgia, but who does pose a threat to them other than themselves). Quarterback Matt Corral has received some Heisman love that dwindled after the Alabama loss. However, a strong close to the season could put him right back on the map.

Saturday is an important game for Kiffin’s program given how it seems the season can go extremely different directions based on the result this weekend.

Arkansas Preview: A Team at a Crossroads

Arkansas has been the darlings of college football for most of the season. Wins against Texas and Texas A&M put the program that recently lost 20 straight SEC games back on the map.

Similar to Ole Miss, Saturday feels like a crossroads game for the Razorbacks. The schedule does not get any easier moving forward and the season has the potential to fall apart for Arkansas.

However, Arkansas has thrived in the underdog role this season and should not be taken lightly in this spot. Despite last week’s loss, Arkansas is 2-1 SU as an underdog this season. Saturday is another opportunity for the Razorbacks to shock the world.

Both teams have performed very well against the number this season, with their only loss against the spread coming last week.

However, I would lay the number this week with Ole Miss at home.

Arkansas has deeper issues offensively that are hard to fix over a short period of time. Despite the win two weeks ago against Texas A&M, the Razorbacks have scored three points in their last six quarters of football. That’s not going to get it done against Ole Miss.

The Rebels showed signs of life in a game that had already been decided last week against Alabama which gives them some confidence moving forward.

Despite playing the number 2 team in the country last week, Ole Miss will be the best offense Arkansas has seen this season. It’s hard to see the Arkansas defense holding on for four quarters.

Use the prop finder below to search all available bets for this Arkansas vs Ole Miss game.