Oklahoma might be 9-0, but they have not had a real test (hints not why in the top four). Baylor is 7-2 and will be the toughest opponent. If Oklahoma can win it will be a chance to be into the college football playoffs.

Both teams are good and could win this game. However, the Baylor fans must be upset after losing to LSU last week. Let’s get into the prediction and odds for this football game, seems like we have a good one.

Baylor vs Oklahoma Matchup at a Glance

Baylor lost last week to the TCU Horned Frogs. TCU was a team that was not ranked and have a losing record. Baylor’s other loss was way earlier in the season Oklahoma State Cowboys (8-1). Baylor will want to get back on track.

Baylor’s offense will make the game close. They average 36.3 points per game and don’t even average one turnover per game. Baylor also racks up a lot of yards, averaging 457 yards per game.

Baylor actually has the better defense than Oklahoma, it only gives up around 20 points per game. They are a good unit overall but have not had to face an offense like the Sooners. Now let’s check out the undefeated Oklahoma Sooners. 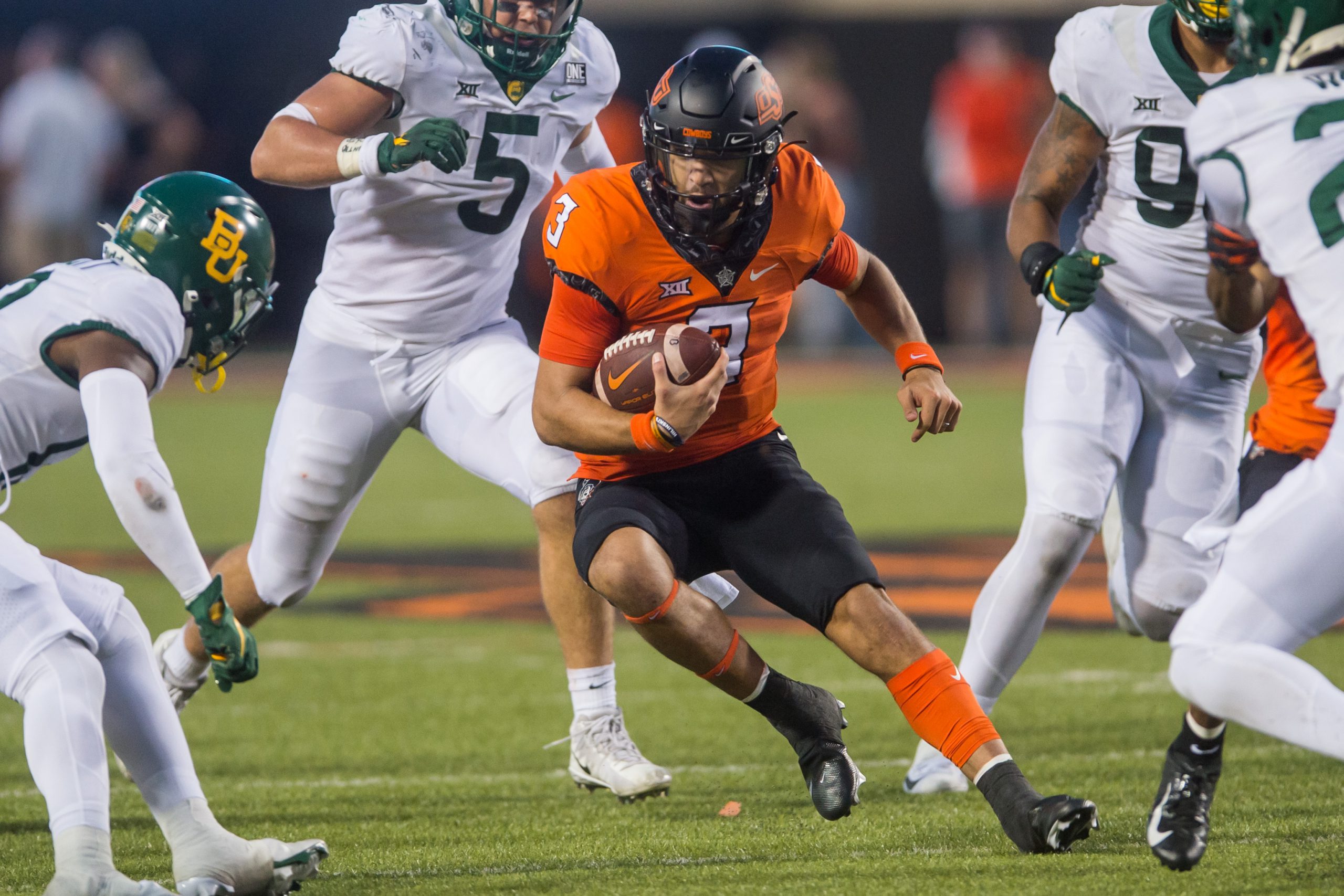 Baylor will have their hands tied against the Sooners. The Sooners might have not played any real competition, but are still a great team. This is a must-win game if they want to prove they’re a playoff team.

The Sooners have one of the best offenses in the nation (maybe the best), this juggernaut scores over 40 points per game. They rack up a ton of yards with around 470 per game and don’t turn over the ball. This offense is scary good.

The defense is the only match-up where Baylor wins. However when an offense scores over 40 points a defense is going to be tested. The Sooners’ defense gives up about 24 yards per game.

Baylor’s defense will be their driving point, but I still don’t see the defense holding the Sooners to under 30 points. That means the game will be an offensive shoot-out. Now let us talk about who will win all the odds.

The spread of the game is at five points for Oklahoma. I actually don’t think they will cover the spread. Baylor is going to make this a very close game. It will be a three or four victory for the Sooners.

Oklahoma will win this game, they only have one matchup where Baylor wins, and that’s barely by the defense. Also, Baylor has not played a team nearly as good as the Sooners, so they will give up quite of points.

The total points are set at 62 points for both teams. The game will be under both teams will score a lot of points. The offense will shin in Waco Texas, and both teams will play each other tough. The final score will be around Sooners 30 to Baylor 27.