Coastal Carolina goes on the road to Appalachian State sporting a 6-0 overall record, a ranking of 14th in the polls, and leading the nation in scoring at almost 49 points a game.

The last regular-season loss for the Chanticleers came 18 games ago in November 2019 and only one team has come closer than 27 points pf them this season when Buffalo put a 28-25 scare into Coastal Carolina in a losing effort.

For the Mountaineers of Appalachian State, they’ll need a quick rebound from last week’s 41-13 drubbing by Louisiana, when they fell behind early and never really got into the game.

Appalachian State may be able to slow down the explosive Chanticleers, but it’s more likely that they’ll need to have a much better offensive effort than displayed against Louisiana if they are going to have a chance at victory.

Coastal Carolina vs Appalachian State Matchup at a Glance 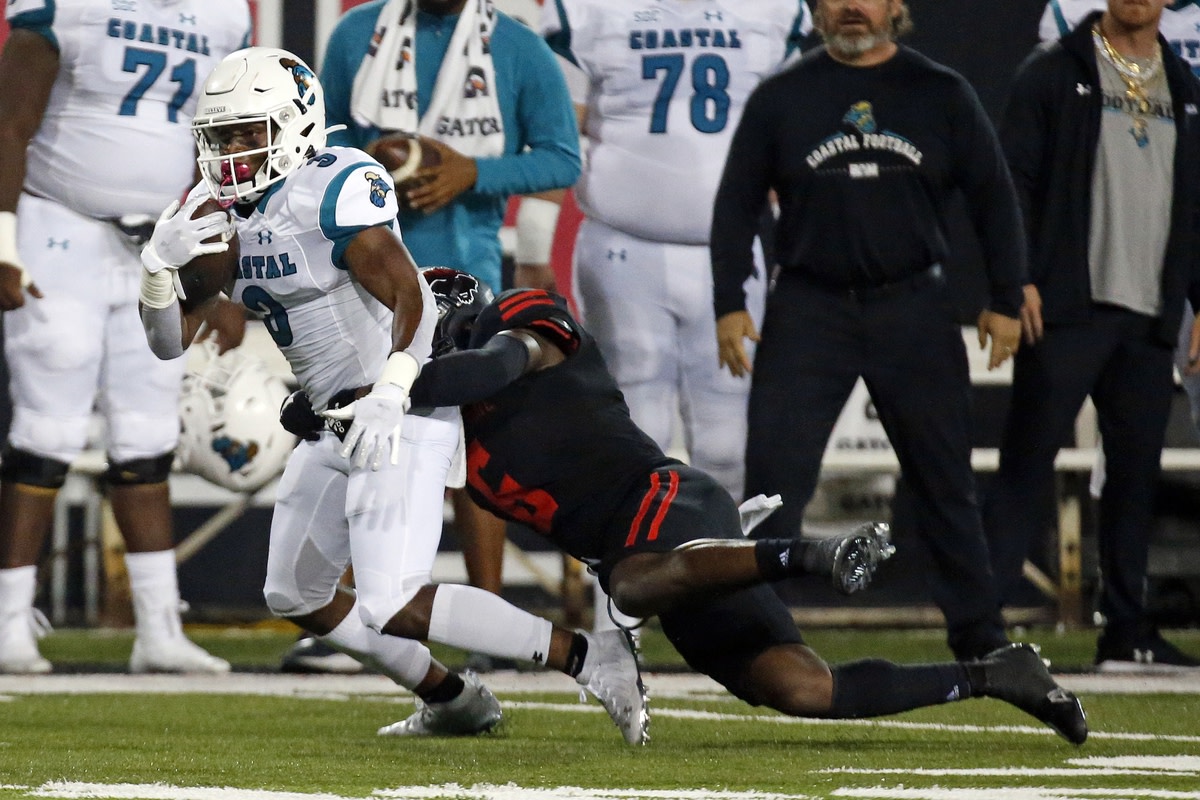 Unlike second-ranked Cincinnati, Coastal Carolina doesn’t have even one chance at a quality Power Five win, much less the two that the Bearcats have over Indiana and Notre Dame.

While Appalachian State is a Sun Belt opponent, they carry some decent gravitas despite last week’s lopsided loss and one that Coastal Carolina needs to defeat convincingly to move into College Football Playoff (CFP) consideration.

The Chanticleers have dominated their opposition, with the exception of Buffalo, who was able to take a 14-7 lead that lasted all of a minute and 53 seconds. In addition to leading the nation in scoring, Coastal Carolina is eighth in points allowed, giving up just 15 points a game to their opponents but those numbers have been posted against what is one of the softest schedules in the FBS.

Appalachian State Preview: Another Chance for a Big Win

The Mountaineers are hoping their disappointing performance against the Ragin’ Cajuns was an anomaly and not an indication of their ability to compete for a Sun Belt crown.

Their other loss in their 4-2 campaign halfway through the 2021 season was to Miami 25-23 in a back and forth affair that the Hurricanes won with a field goal with just over two minutes left in the game.

The defense for Appalachian State is in the middle of the FBS pack, giving up 380 yards and 23.5 points a game against a schedule that has been a bit tougher than Coastal Carolina’s, but still in the bottom third of the FBS.

The Mountaineers will need to keep the game from getting away from them early and stay close enough where a break or two in their favor could result in a mild upset.

A four-point spread in Coastal Carolina’s favor seems a bit low, especially given the way the Chanticleers can chew up yards on the ground, but Appalachian State clearly presents their most difficult test so far in 2021.

In last year’s meeting, the Mountaineers held a 17-9 halftime lead and also led 23-21 after a field goal with 11:47 left in the game before Coastal stormed back with 13 unanswered points to prevail 34-23.

Appalachian State should look like a different team than showed up last week, so look for them to go toe to toe with Coastal Carolina in a shootout. Take the Mountaineers to at least cover, if not win outright, with the score blowing past the total, so go with the over as both teams will get into the ’30s.

Top Cornerbacks in College Football in 2018