How Can You Not Love Football After the Big 12 Championship? Football is the greatest game in the world, and if you are a fan of the sport, I am sure you agree. The Big 12 Championship Game showed why football is like no other sport. Baylor, a 6.5-point underdog, delivered in the fourth quarter to become the first non-Oklahoma school to win the conference since 2014. 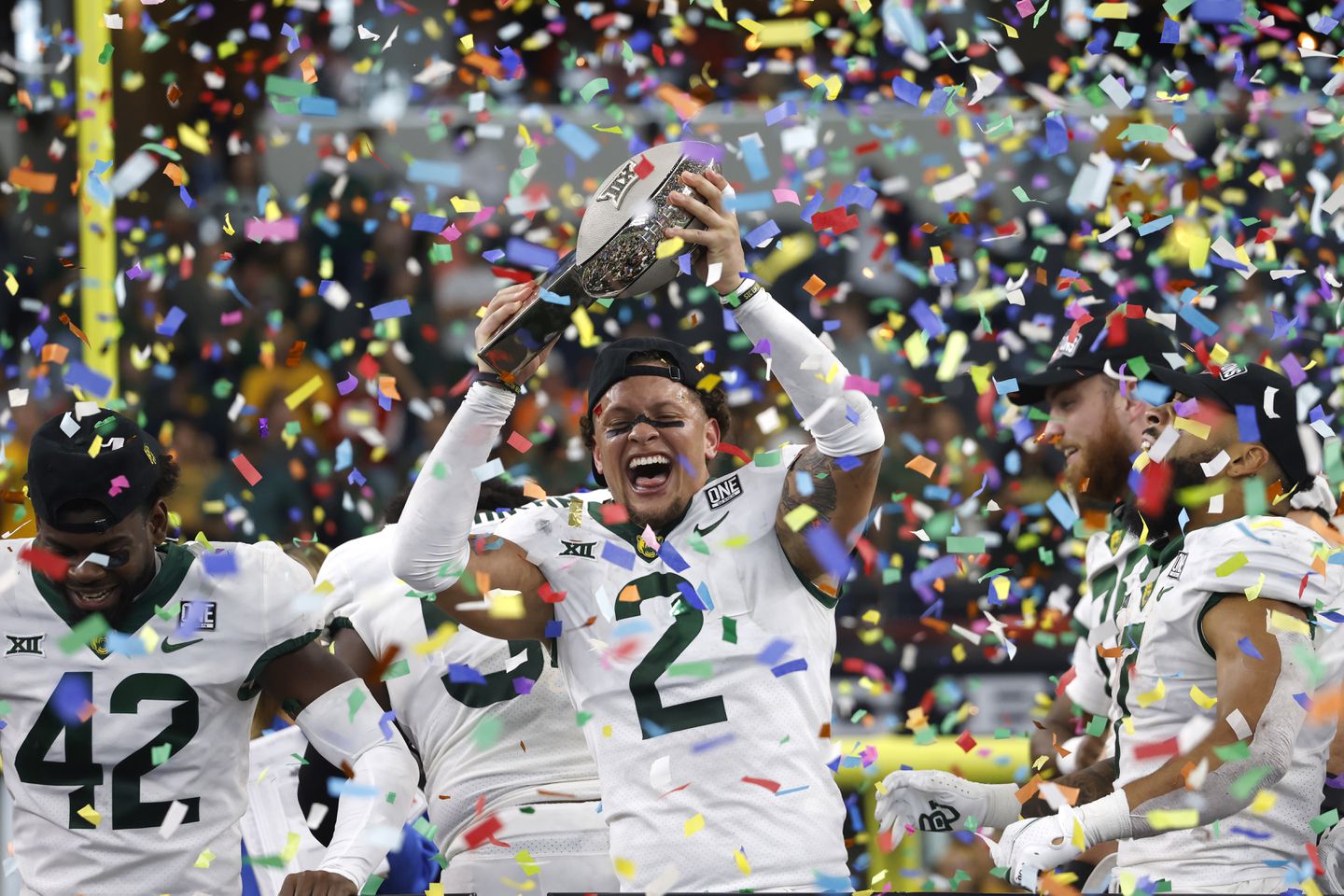 After watching the Big 12 Championship Game, I swear it’s impossible not to love football. Let’s take a look at the moments that kept viewers on the edge of their seats for four quarters in Arlington.

Winning with a Backup Quarterback

Gerry Bohanon, the starting quarterback for the Baylor Bears, did not play in the title game. Football is a game where the next man in mentality is critical, and Blake Shapen delivered for Baylor.

The redshirt freshman quarterback, Shapen set a Big 12 Championship Game record with 17 consecutive completions to start the contest. He ended the day 23 of 28 for 180 yards and three touchdowns, earning him MVP honors.

Shapen took a shot early in the game, making the Bears pound the rock more than desired in the second half. However, the strategy panned out as the quarterback led his team to the title.

Even though Shapen took home the MVP, Baylor’s defense was the deciding factor on Saturday.

In the second half, the Bears’ offense cooled down, accounting for 36 yards on 23 plays. Although football is a team game and Baylor’s defense stepped up on the game’s final drive.

Oklahoma State manufactured a 17 play, 89-yard drive to get to first and goal from the two-yard line. There was 1:19 remaining on the clock at this point, and it appeared that Baylor was going to cover but not win.

The Cowboys ran 15 plays inside the Bears’ ten-yard line, but the Bears did not let them find the endzone. The final play of the season for Oklahoma State’s offense was a fourth and goal from the one-yard line.

The Cowboys handed the ball off tackle to Dezmon Jackson, but he was stopped inches short of the pylon. The final minutes looked great for the favored Oklahoma State team, but anything can happen in football.

After seeing a backup quarterback dominate and a goal-line stand that came down to a few inches, how can you not love football? Football is the greatest game in the world, and the Big 12 Championship Game put this fact on full display.