The number one team in the country heads home for what should be another easy victory. Georgia’s defense put in another dominant performance last week against their rivals, the Florida Gators.

Georgia led by a score of 3-0 near the end of the first half last week until three quick turnovers led to three touchdowns within a minute. Georgia led 24-0 at the break and cruised to their 8th victory of the year.

It’s hard to picture this game being worth a watch, but the massive point spread may make the Tigers a live dog.

Missouri vs Georgia Matchup at a Glance

The Bulldogs were ranked number one in the country on Tuesday by the College Football Playoff committee, a decision that surprised nobody. Throughout the season, Georgia has shown to be one of the best defenses in recent memory.

Also, it has become apparent that the dawgs don’t even care who plays quarterback for them. Stetson Bennett serves the role of a game manager, while former 5-star JT Daniels also is more than capable of winning a national championship.

Kirby Smart has a wealth of talent on his squad and the Missouri Tigers should not pose any issues on Saturday for Georgia’s national championship hopes. 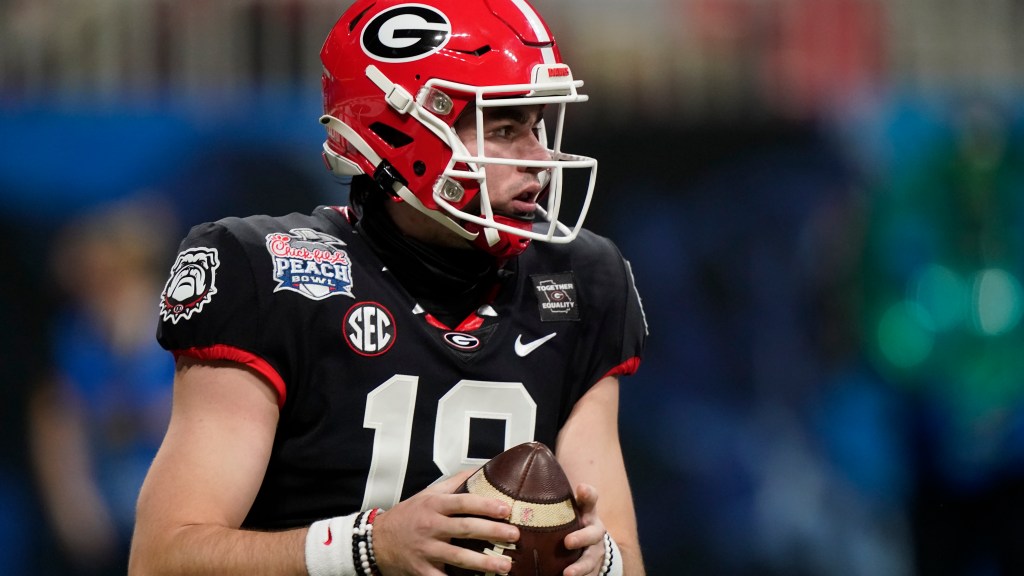 Missouri Preview: Back to Big 12?

It’s safe to say that Missouri’s run in the SEC has not been up to their expectations. The Tigers have seemingly regressed each year since they entered the conference.

Yes, the SEC tv money is massive, but could they be a more profitable program through dominating the Big 12.

They’ll never make the move, but just interesting to think about as Missouri has another lost season in the SEC.

This is a classic math game in the gambling world. The easy play here is to take Missouri and the under.

Georgia is coming off of an emotional victory and heads home to a classic snooze spot at home, at noon, against a far inferior opponent. It’s hard to picture Georgia putting forth another dominant effort because of the circumstances.

Why is this a math game? With a spread of 39.5, and a total of 60, Missouri probably needs to score 14-17 points for you to lose both bets. It’s hard to see the Tigers putting together enough drives to put you in trouble in this situation.

I’d expect Georgia to take their foot off the gas offensively in the second half to also help with the under.

The other piece of advice would be to not watch a second of this game. Georgia will be in full control and it might feel helpless putting your hard-earned money on Missouri.

Hold your nose, close your eyes and take the Tigers and the under.

Use the prop finder below to search all available bets for this Missouri vs Georgia game.