The MAC’s two best teams will face off this Saturday in Detroit for the MAC title. Both headlined by incredible rushing attacks and suspect defenses, these two teams have very different conference reputations. Northern Illinois is looking to return to glory with their fifth MAC title in 11 years, but they haven’t won since 2018. Meanwhile, Kent State came back from the deepest depths of program rock bottom to rebuild their program in the image of head coach Sean Lewis, hired from Syracuse in 2018.

Despite these different paths, both teams are very similar. They won their respective divisions, but not without some bumps in the road. Northern Illinois was thumped by Western Michigan in a meaningless game last week, but that still brings some qualms to this matchup. Meanwhile, Kent State won a thrilling, program-changing matchup with Miami (OH) last week but needs a two-point conversion stop in overtime to get there. It should be a thrilling matchup with lots of points and emotion on both sides of the coin.

Northern Illinois vs Kent State Matchup at a Glance

Any fan of the MAC is familiar with the Northern Illinois Huskies. A perennial power in the MAC West, they are coming off a down year in 2020 but clinched their division early with a Week 12 overtime win over Buffalo. The Huskies feature a run-heavy offense led by Jay Ducker, who is averaging 5.4 yards per carry this year. Ducker is complemented by carries from Harrison Waylee and Clint Ratkovich, both of whom are averaging similarly strong yards per carry numbers. Quarterbacked by former Michigan State quarterback Rocky Lombardi, the Huskies are sure to be a tough out and a team that has been there before.

However, the MAC title is far from a sure thing for Northern Illinois. Although they wrapped up the MAC West early, their 42-21 loss in Week 13 to Western Michigan is still a cause for concern. Of particular concern is the fact that they were gashed defensively both through the air and on the ground. This has been a season-long theme for the Huskies, who are second-worst defensively against the run in the MAC and only average against the pass. They will need a more efficient game on both sides of the ball from what they showed last week against the Western Michigan Broncos in order to have a chance in Detroit this week.

Kent State Preview: Blink and You Might Miss the Flashes

Kent State has never been a big player in the MAC East, but coach Sean Lewis has taken the program to heights that it hasn’t seen since their sole conference title in 1972 when there were only five conference games. Lewis’ high-tempo no-huddle offense is run with precision by senior quarterback Dustin Crum. Crum is the key to the offense, compiling a stellar 147.7 passer rating on the season with an excellent 15-4 TD-INT ratio. The Golden Flashes keep the pedal to the metal with a combo rushing-passing attack. Marquez Cooper leads the team in rushing but is helped out by strong secondary running from Crum and running back Xavier Williams. The MAC’s best rushing attack and the offense look to stay hot in Detroit.

Like Northern Illinois, Kent State’s defense is what lets them down. They give up the most yards per game in the MAC Conference and are especially susceptible to attacks through the air. A prime example of this is their ‘win and get in’ game last week against Miami of Ohio – despite their high-flying offense putting up 41 points in regulation, the Golden Flashes’ defense was gashed for the same amount of points and over 400 yards through the air. While they were able to hold up on the Redhawks’ two-point try, it’s fair to assume that their defense will be in hot water again against Northern Illinois.

The O/U was identical in the previous matchup between these two teams (72), and it was easily surpassed with the total points in that game stretching to nearly triple digits (99). I would expect this game to be much the same. The easy pick in this game is the over, with both defenses being exposed throughout the season, in their recent games, and in their previous matchup. Against the spread, Kent State is favored by three points, and that’s the smart pick here. First, I would trust Dustin Crum over Rocky Lombardi – Crum has been a much more effective decision-maker and significantly better at protecting the football (his two-interception game last week against Miami of Ohio notwithstanding). Most importantly, I think that the Golden Flashes’ up tempo rushing attack will rip through the Huskies’ defense, much as it did in the regular-season matchup between these two teams. I expect Crum, Cooper, and Williams to have huge games in route to the first MAC Championship for Kent State in the title game era.

Use the prop finder below to search all available bets for this Northern Illinois vs Kent State game. 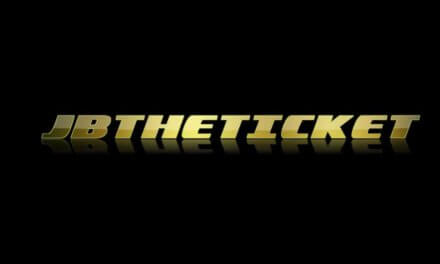