UNC is coming off their biggest win of the season, knocking off undefeated Wake Forest. The heels have had a somewhat disappointing season and have little to play for in the last few weeks of the year.

Can they play spoiler on Thursday night on the road?

UNC vs Pittsburgh Matchup at a Glance

Pitt is led by star quarterback Kenny Pickett. The senior from New Jersey has come into his own this season throwing 29 touchdowns to just 3 interceptions. All three of his interceptions have come in the Panthers’ two losses this season.

Thursday night’s tilt between UNC and Pitt is a crucial game for the Panthers. Pitt currently leads the ACC coastal but has Virginia and Miami nipping at their heels for a chance to play in the ACC championship game.

The ACC has been effectively eliminated from College Football Playoff contention, but the conference championship is a nice consolation prize.

Pittsburgh’s last three games are all against teams with winning records. Plenty of places to slip up, but plenty of opportunities to separate themselves from the rest of the ACC Coastal. 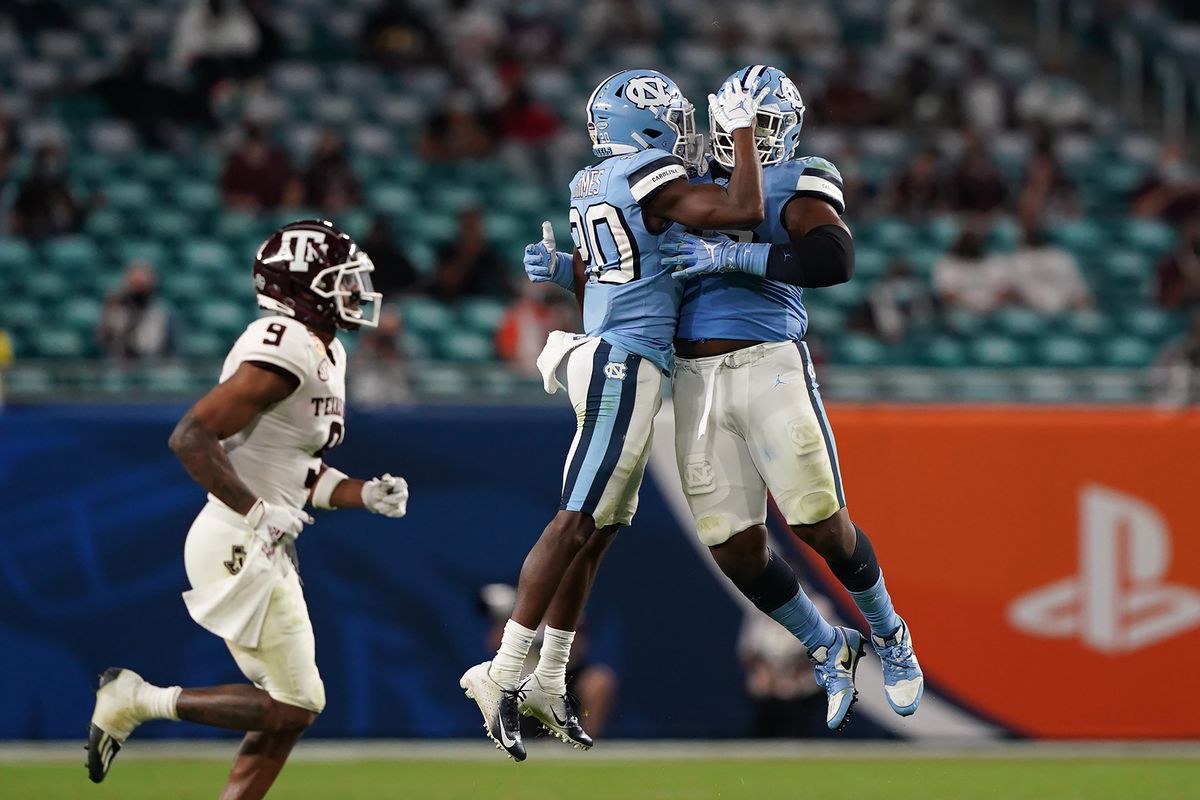 UNC entered the year ranked 10th in the preseason AP poll. The Tar Heels have stumbled to a 5-4 record and look nothing like one of the 10 best teams in college football.

It seems the expectations were unrealistic for North Carolina as they lost their two most productive running backs and wide receivers from an electric offense in 2020.

UNC still scores at an impressive rate but has become more reliant on Sam Howell running the football to keep drives alive.

North Carolina is a dangerous underdog, given that they have one of the best quarterbacks in college football. They can’t erase the disappointment from earlier in the season, but they can spoil a fun season for Pittsburgh.

North Carolina has an edge on the offensive side of the ball posting 6.6 yards per play. Pittsburgh has the far superior defense ranking 37th nationally in yards per play, while UNC ranks 90th.

Pitt has a top 25 offense nationally and should score with relative ease against the Tar Heels. However, expect quarterback Sam Howell to keep up with Pickett in a duel of sorts.

North Carolina’s last three games have gone over the total, while Pitt has had six of their eight games go over.

It’s hard to pick a side in what should be a shootout, so I’ll take the over.

Use the prop finder below to search all available bets for this UNC vs Pittsburgh game. The Pac-12 Conference Continues to Struggle