Western Kentucky brings a record of 8-4 into the title contest and has won its last seven games following their 52-46 loss to UTSA in their initial conference contest, where they led 31-28 early in the third quarter but let get away from them despite gashing UTSA for 670 total yards on offense. By contrast, UTSA saw its bid for an undefeated season dashed last week in an unimpressive 45-23 loss to North Texas.

Although UTSA brings an overall mark of 11-1 into San Antonio, they haven’t been nearly as impressive as Western Kentucky since the teams met in early October to kick off their Conference USA slates. UTSA has seen their offensive production fall off and it culminated in last week’s defeat.

Western Kentucky vs UTSA Matchup at a Glance

The Hilltoppers haven’t been held to less than 31 points all season, even in their three losses to Army, Indiana, and Michigan State that preceded their defeat by UTSA. The offense revolves around quarterback Bailey Zappe, who averages 414 passing yards a game and has thrown 52 touchdown passes with nine interceptions.

On the other side of the ball, Western Kentucky has been stingy, especially during their run through the remainder of their conference schedule, holding all of their opponents to 21 points or less and averaging a winning margin of 26 points. They’re led on defense by fifth-year senior lineman DeAngelo Malone, who has recorded 6.5 sacks and 14.5 tackles for loss. 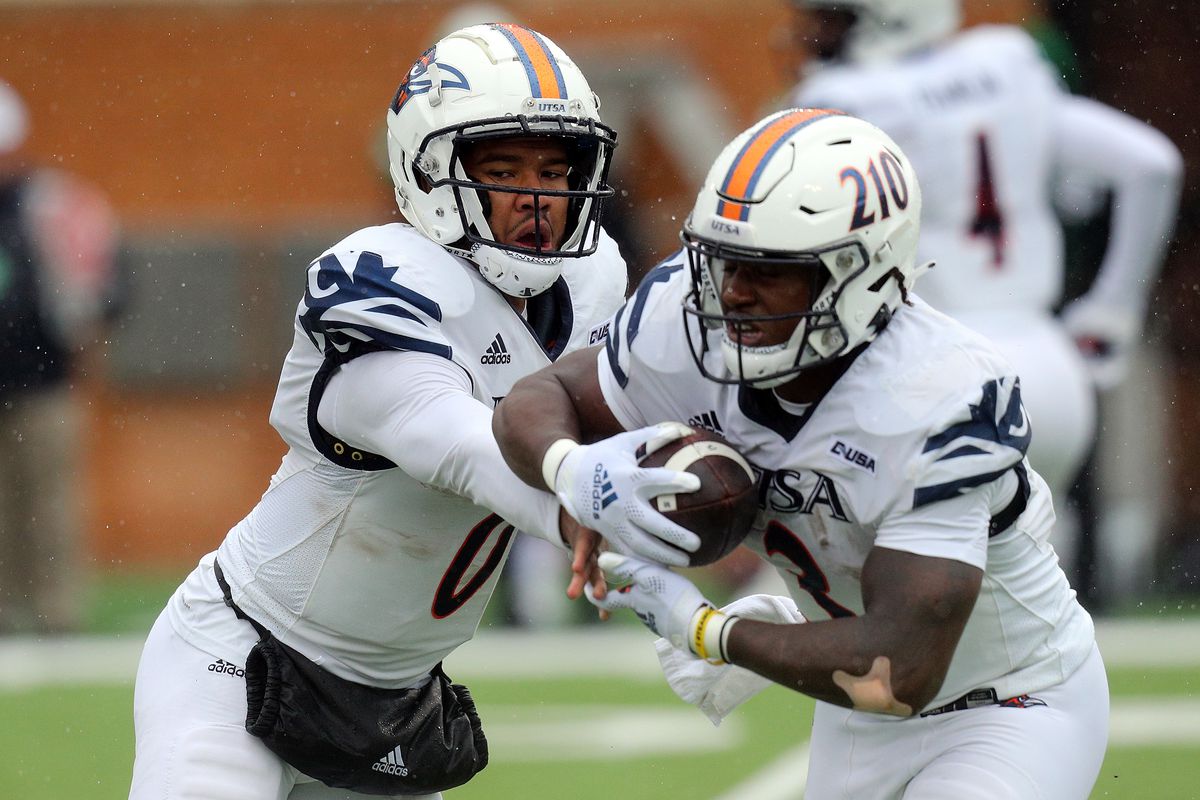 In their last three games, UTSA has averaged 28 points a game, while giving up 31 per contest. Against an explosive offensive team like Western Michigan, those numbers will need to improve if the Roadrunners want to capture their first Conference USA title. Despite their flashy record, UTSA has played a weak schedule that’s ranked 118th among the 130 teams in the FBS.

They opened the season with a 37-30 upset of Illinois out of the Big Ten, but the Illini are in their first year under new head coach Bret Bielema and finished the season at 5-7, leaving UTSA without any non-conference wins against a winning FBS program.

UTSA wasn’t able to contain Zappe in the first meeting and there is little indication that they’ll be able to do so in the return meeting. Despite a pedestrian 8-4 record, Western Kentucky may be one of the most overlooked teams in the FBS, so look for them to jump on UTSA early and roll to a big win with their defense playing a big role in the victory.

Use the prop finder below to search all available bets for this Western Kentucky vs UTSA game.