The third major championship of the year is here already as the guys head to California for the US Open at Torrey Pines South Course. Torrey will play as a par 71 this week at over 7,600 yards. This will be quite the test for the guys.

Torrey is always hard, but add in US Open conditions, and it will be impossible. The rough is crazy long, and the thick Kikuyu will be very tricky, especially around the greens. Chipping from the rough will be critical.

Torrey is at least familiar to the players and us, the bettors, which is nice. It hosts the Farmers Insurance Open on the regular tour schedule. Patrick Reed won this year with outstanding short game play.

Statistically, Torrey is one of the more challenging courses on tour to hit fairways, and this week will only punish those misses even more. Getting lucky with lies and taking advantage of the fairways you do hit will be a must.

The greens on Torrey are relatively small as well and will test the players’ approach play. The best iron players tend to play well here. Approach play is as big an indicator at Torrey than almost any other course.

Torrey has always seemed to favor the longer hitter, and this week will be no different, especially with the rough being up. We saw last year at the US Open what an advantage length can be on courses where the fairways are hard to hit, and the rough is punishing.

I would expect to see the elite ball strikers and the bombers to cover most of the leaderboard. Also, those guys who can really chip and putt like Reed and Spieth could get in the mix with the decent tee to green play and their normal wizardry around the greens.

Garrick Higgo stunned everyone last week with a come from behind win as Chesson Hadley choked it away down the stretch. We were on Higgo for a top 20, as well as Doc Redman, so it was a great week. Also, longshots Reavie and Vegas hit as well.

Since Keegan Bradley won the PGA in 2011, no major championship has been won by a player outside the top 30 in the Official World Golf Rankings. The class of players from the 10-30 range is just so skilled now, and I don’t see this changing.

There is a slew of other qualifiers that seem to hold up among US Open winners over the last 15 years or so, and it really helps narrow the list.

To me, the list starts with the 30 guys in the top 30 of the OWGR, and then I think it can be cut to about 14 players who can win. I absolutely will not venture away from those guys this week as I just don’t see the winner not being an elite player. Torrey demands too much of most players.

Make sure to shop numbers on the outright players as the top of the market is a bit all over the place, and some guys like Reed and Hovland have already dropped a bunch.

I just love Rory McIlroy this week. He is not being talked about as much as Rahm and Brooks or Bryson, but he certainly can win just as often as they will here. Plus, Rory got priced at the bottom of that top tier which is a great value.

Rory finally got the monkey off his back with a win at the Wells Fargo a few weeks back and should be riding pretty high. His game makes perfect sense for this course, and his course form backs it up.

In three starts at Torrey, he has two top-fives and a 16th. He bombs it, and when his irons are right, he is the best on the earth. His irons have been really nice, too, gaining at least four strokes on approach in his last three starts.

Rory is eventually going to get back in the major winner’s circle, and I think Torrey is the perfect place. He just needs to get off to a better start than the last handful of majors.

Berger is probably the most mispriced player in the field, given the kind of checkmarks most winners need for the US Open. He hits it plenty far, and his iron play and putting have proven good enough to win on multiple occasions over the last year or so.

Berger has three top 20’s in his last four starts, including a third-place finish. He is a great poa putter and won earlier this year at Pebble with small poa greens. Berger should love Torrey despite an average record here.

Berger’s around the green numbers are a bit concerning, but his SG: Approach and Putting are both inside the top 20 of this field, and his Off the Tee stats are excellent as well. 50-1 is a really nice price on a proven winner.

Longshots I like: No one, the winner is coming from the top. 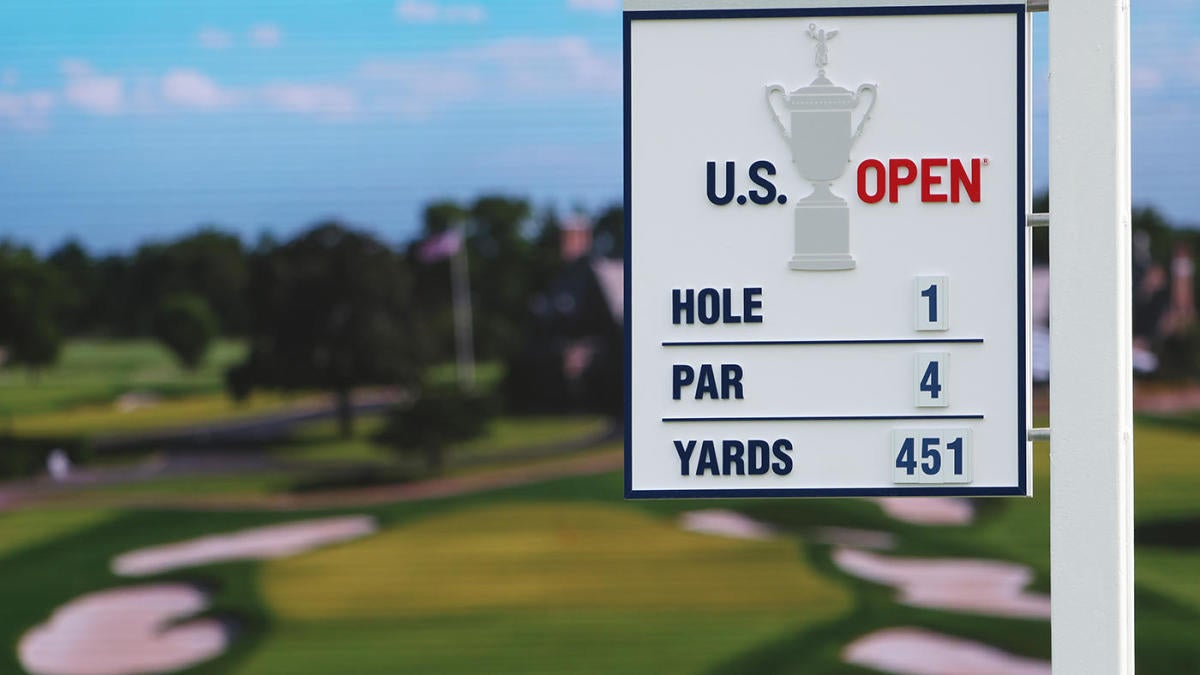 The third major championship of the year is here already as the guys head to California for the US Open at Torrey Pines South Course. Torrey will play as a par 71 this week at over 7,600 yards. This will be quite the test for the guys.

This is a pretty simple one, Brooks at a major is money. Brooks has been awesome at the majors for five years now, racking up 13 top 10’s in his career at the majors. He is a big game hunter.

Brooks just seems to rise to the occasion at the majors, and the US Open has been his personal playground with three consecutive top-two finishes. He also profiles perfect for Torrey with his length and ability to grind out the tough courses.

Brooks missed the cut last week in his warm-up for this event, but he gained strokes off the tee and on approach, so all is good there. He should be in fifth gear all week trying to shove it in Bryon’s face.

Playing Brooks at a major is good business, plain and simple.

You can copy and paste this from about every article I have written, and if you have ridden Zalatoris top 20 bets, you are up to some serious dough. He has been a top 20 mainstay and has been so consistent over the last year.

Zalatoris has three major championship starts since his debut at the US Open last year and hasn’t finished worse than 8th. He has been awesome in majors because he is consistently long off the tee and an amazing iron player.

His iron play gives him such a high floor most weeks, and Torrey will ask a lot of your iron play. Zalatoris showed he could handle Torrey earlier this year with a top-five finish. I just love his tee to the green game, and poa is also his best putting surface on average.

Homa is usually a play anytime the tour heads to the west coast. Each of the last two years, he has played great golf during that swing, and he has managed back-to-back top 20’s on Torrey at the Farmers.

Homa succeeds with good iron play and a solid game everywhere else. He seems to like the courses that demand iron excellence and is coming off a 6th place finish at the Memorial, which is a ball-strikers course as well.

Getting Homa at this price on this course is a really nice value. He has shown an ability to win and should feel really comfortable close to home in California.

I’m doubling down on Brooks this week, and going against Bryson is the showdown I think everyone would like to see on Sunday, given all the chatter and back and forth between the two recently.

Brooks is just a more consistent player in the majors. I know Bryson is the defending champ and won on a course that theoretically sets up similar, but he shouldn’t be a -136 favorite over the best major championship player of the last 10 years.

Bryson’s irons are what should concern his backers. He is all over the place, gaining big in one event and then losing strokes in the next three. He hasn’t been able to figure out how to consistently gain on approach.

Brooks will be able to shove out the noise this week better than Bryson and should contend to win. This one could come down to Sunday, but I like the plus odds on a killer like Brooks.

Lowry is not by any means an unknown, but he has been off the radar, it seems, and is quietly playing some superb golf. He has three top 10’s in his last four starts and is trending up toward a big event that he usually plays well in.

Lowry has been getting it done with his irons, gaining strokes on approach in six straight starts. He has major championship chops with his win two years ago at The Open. He can certainly win if things break right.

I like Lowry, though, because of his short game. His around the green game has been spectacular. He ranks fourth in the field in SG: Around the Green over the last 36 rounds, and you can bet that will be a key this week. We just saw Patrick Reed win at Torrey with almost all short games.

I have been betting sports since early in college when I first got introduced to sports gambling in a way where I could participate. I was fortunate enough play collegiate golf at Webster University and I've specifically grown to love golf betting because of the different betting options and the data available to really feel like you can gain an edge. My day job is an attorney so writing for "fun" is a nice change of pace.

Woods Makes Return To Golf At The Memorial