It was a nice week at Pebble Beach as Day, Homa, and NeSmith all came through. Plus, Paul Casey let us sweat outright until the back nine Sunday. Ultimately, Daniel Berger’s scorching hot 65 Sunday capped with an incredible eagle on 18 was enough for a two-shot victory.

Tiger Woods and Riviera Country Club play hosts to the PGA Tour’s Genesis Invitational this week as one of the best events on tour will be taking place in Southern California. Unfortunately, Tiger will only be the host this week because of a back injury, but this field is loaded as usual.

This is a true major championship class field with 12 of the top 15 players in the Official World Golf Rankings teeing it up this week at Riviera. This tournament is always one players have circled as Tiger is the host and Riviera is a major championship type venue.

Riviera is sneaky long and plays as a par 71, 7322 yards. There is a really short par four and par five that leaves a lot of lengths left for the other holes. Only one par four has played under par on average over the years, so scoring on the par fours will be critical. Avoiding bogeys on those difficult par fours and birdieing the par fives will be crucial.

Riviera’s fairways are some of the hardest to hit on tour, and the small greens are equally hard to hit. Premier ball-striking will be rewarded as well as the ability to get up and down around the greens.

Riviera’s green complexes are tricky, especially with poa-annua grass. The thick Kikuyu rough will make getting up and down even more of a challenge. Riviera will test every aspect of players’ games this week. I will be looking at good ball strikers (S.G.: Approach) and guys who avoid bogeys (Bogey Avoidance) and score well on par fours.

This is one of the strongest fields we will see all year, and typically when the field is loaded, the winner comes from the top 30 or so players in the OWGR. I will be looking for guys with legit winning pedigree and some past success here as this course can take a try or two to really learn.

Dustin Johnson is the overwhelming favorite at +550, but I think there is some value. If D.J. does what he’s been doing, this may not matter, but there’s a ton of quality players. I bet Rahm at 13-1 as my favorite at the top. His number is almost always shorter, so I like that value.

Cantlay is coming off consecutive events where he finished second and third and either tied or broke the course record during both events. He is a quality all-around player and is in great form. He has gained strokes on average in every major category over his last twenty rounds and is coming off two monster weeks.

Over the last 36 rounds of guys in this field, Cantlay is third in S.G.: Around the Green, sixth in Bogey Avoidance, and is top 20 in both S.G.: Off the Tee and S.G.: Putting on poa. He is from California and has three straight top 17 finishes in this event. Plus, he’s shown he can win big events like this when he won at the Zozo last fall and at Memorial in 2019.

It seems Morikawa is always priced in this area when he wins. He was around this number at both the PGA Championship and the Workday last year. He’s proven he can go toe to toe with all the proven winners on tour and come out on top.

Putting can sometimes hold him back, but he has really improved there since the start of last year. Morikawa, like Cantlay, is a California guy and putts better on poa. Morikawa has two seventh-place finishes to start 2021 and gained a whopping 8.5 strokes on approach his last time out at the Sony.

Morikawa is a ball-striking god, ranking in the top 10 in S.G.: Approach no matter what sample size you want to look at. He isn’t the longest guy out there, but he hits fairways and lets his iron play do the talking. If he gets in a grove with his irons, he’s as good as anyone on tour.

He’s shown the ability to win big events, and it will take some seriously high-class golf in this field. I think Morikawa will continue his breakout from last year with another huge win here at the Genesis.

With a field this strong, there are some good names with longer odds for these derivative bets. Obviously, the cream will rise at this course with this field, but there is good value.

Top-10 Tony is back in the U.S. after another second-place finish in Saudi Arabia two weeks ago. That makes three consecutive top-five finishes for him worldwide, adding to a long list of top tens for him over the last few years.

It’s clear that Tony is having issues getting over the hump and into the winner’s circle, but he is an elite player besides his putting ability. He will put it in the fairway and take care of the par fives. He has performed well in every conceivable field and conditions and is poised to break through sometime. We just need another top ten from him.

WANT TO STAY UPDATED ON THE LATEST SPORTS NEWS FROM KNUPSPORTS? Click the link here for more! 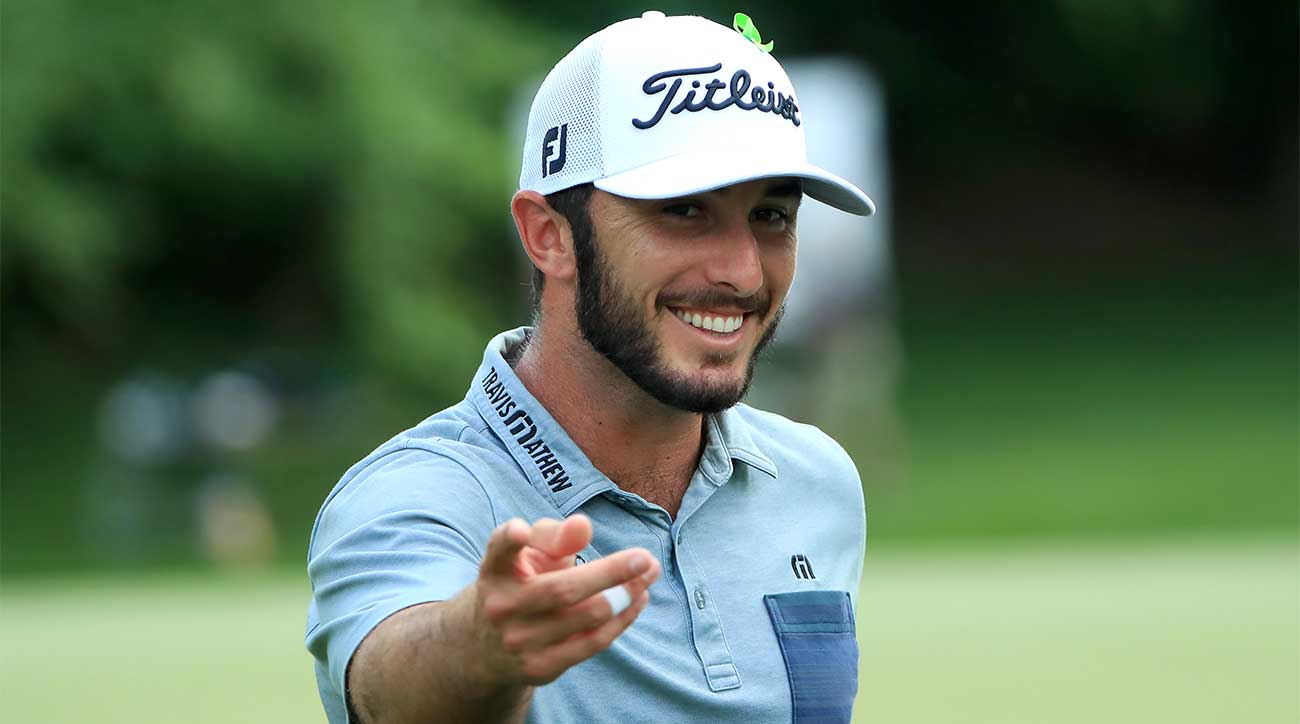 I’m gonna ride Homa while he’s hot. He’s really got his iron game going the last three weeks gaining at least 3.8 strokes on approach in each tournament. Like I’ve talked about before, Homa got hot this time last year and seemed to be doing it again with three top 21 finishes over the last four weeks.

Homa’s ball-striking should reward him around Riviera, and he has been chipping and putting pretty well. As long as he keeps the driver in play, he should repeat his 5th place finish here last year.

Tringale is also riding a nice run of golf coming off of three consecutive top 20 finishes. Tringale has gained strokes on approach in six straight events and gained strokes putting in five of six. He isn’t necessarily someone I can win here, but his game is strong enough to pick up a solid finish. He does have five top 25 finishes in his career at this tournament.

I like Tringale to continue his strong play on a course that suits him nicely. He might be a nice matchup player as well, depending what’s available.

Garcia had somewhat of a resurgence last fall, but I like Conner’s profile here this week. Conners is one of the best drivers of the ball on tour and is a great iron player. His putting leaves room for improvement, but he has been a little better lately, not losing more than .8 strokes putting in a tournament since September.

Conners is kind of what Garcia used to be, great driver and iron player, but bad putting. I think Garcia will have to break out of a slump with his irons as he has lost strokes on approach in four straight events. Iron play is key here to find these small greens.

Conners is coming off a top 20 finish at the Waste Management and has gained strokes on approach in 11 of 12 events. His floor is high if his putter stays in the realm of breaking even on the greens.

Fitzpatrick makes the watchlist this week as one of the most mispriced players in this field. Fitzpatrick is booked at +9500 and was at 100-1 when the books opened. Fitzpatrick hasn’t played in the U.S. since the RSM in November, but he played on the European Tour.

Fitzpatrick has a win and a 17th on the Euro Tour since we last saw him and always seems to pop in fields like this. He is the 20th ranked player in the OWGR and is just not booked like one. He is a shorter hitter but his irons and putter more than make up for it.

Fitz is still looking for his first PGA Tour win, but +350 for a top 20 is a really excellent value for one of the best players in the world. Plus, he finished 30th at this event last year, so he should be familiar with Riviera.

*Stats are from pgatour.com and fantasynational.com