The 86th annual Masters at Augusta National Golf Course has finally come to a close, and we have a first time victor. Scottie Scheffler, a man who won his first PGA tour event less than 60 days ago, is the new Masters Champion.

Scheffler had an incredible run this weekend posting good scores everyday and got himself out of sticky situations more than a few times. Specifically, on the Par 4 3rd hole, Scheffler was stuck in the rough after his second shot on the final day.

His closest opponent, Cam Smith, was within one stroke and gaining. Scheffler would hit a shot out of the rough and into the hole for birdie. Smith would go on to bogey the 3rd and finish five under par for the tournament.

Scottie Scheffler’s Rise to Number One

Just two months ago most golf fans would’ve given you a very brief description of Scottie Scheffler. Most likely it would be something like, “He’s a solid golfer,” or “he’s got potential.” But nobody could’ve predicted his incredible rise to fame and glory. 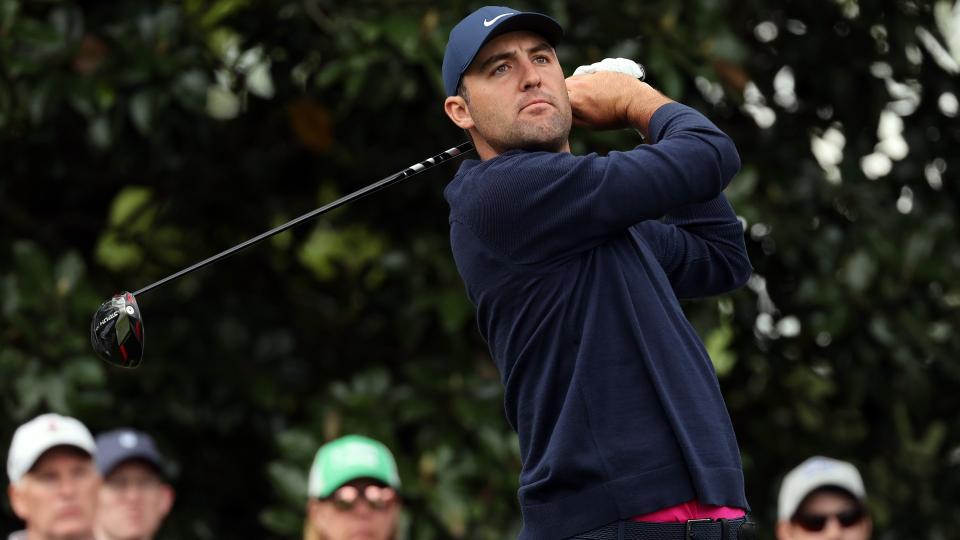 Scheffler shot under par every day at the Masters.

Very few people noticed, but there were signs at the end of last season that Scheffler was ready to win some tournaments. In the last three majors of last season, Scheffler finished 7th, 8th, and 7th again, putting his name up there with some of the best in the world.

After missing the cut at this season’s Shriner Open, Scheffler has made every cut and finished in the top 25 of 9 of 12 tournaments he’s played in this year. In 12 tournaments he has three victories, two runner ups, a fourth place and a seventh place. He’s amassed over 10 million dollars in earnings just this year, and is the world’s number one golfer right now.

The Masters was his first tournament playing as the world number one. He proved that even if the pressure gets to him, it won’t stop him from playing a great round. It’s very interesting to see so many young guns at the top of the game. The top 5 players in the world right now are all under 28, a great sign for golf as a sport.

The Masters is always exciting, but especially so when Tiger is playing. Despite being in surgery around 17 months ago, Tiger showed up and played well on day 1 in particular. He shot -1 in the first round and was among the top of the field heading into the second round.

Scheffler was -3 on day one, and continued playing well all weekend. He followed up his day one 69 with a second round 67, shooting 5 under too take the lead of the tournament after day 2.

Scheffler shot one under on Saturday and Sunday, staying consistent and focused. According to Scheffler, Sunday morning he told his wife, “I don’t think I’m ready for this.” He proved himself wrong and shot under par in every round of the Masters, and took home a victory in his first start as world number one.

After only breaking par once in the first three rounds, Rory Mcilroy had an insanely impressive Sunday. He shot eight under par, a tie for the best final round in Masters history at 64. He even drained a bunker shot on 18 for birdie to tie the record.

Mcilroy has won every major tournament except the Masters, and although he didn’t win, he has to take some confidence away from the incredible round he posted on sunday. Another player who had a great round Sunday was Colin Morikawa, who’s -5 round took him into fifth place. He also moves up to number two in the world golf rankings after his showing at Augusta.

Collin Morikawa looked great at the Masters, especially in his final round.