The US Open is finally among us. On Thursday, the best golfers in the world will tee it up at Torrey Pines in La Jolla, California. This course has so much history linked to it; it is the site where Tiger Woods famously defeated Rocco Mediate in an 18-hole playoff in comeback fashion. The difficult conditions of this course are going to set up for an amazing week and an exciting tournament.

Just about a week and a half ago, Jon Rahm was on a dominant run at Jack’s course during the Memorial Tournament. Jon Rahm was attempting to defend his title from last season, and he was well on his way with a six-stroke lead heading into Sunday. However, after Rahm walked off the 18th green, he was met by medical personnel who alerted him he would be forced to withdraw after testing positive for COVID.

Rahm was vaccinated but was not past 14 days since his vaccination, so he was forced to test and unfortunately tested positive. During media day at the US Open, Rahm told reporters he would not let the result of the tournament hurt his positivity and the momentum he has created with his amazing play.

Rahm says he feels good and ready to go. He will tee off at 4:36 ET on Thursday alongside Marc Leishman and Patrick Reed.

This has been the biggest news in golf lately. Ever since Bryson DeChambeau put on weight, many people started linking his play to that of Brooks Koepka. Both men hit the ball a long way, and they have gotten into some beef on and off the course. There have been a few Twitter feuds between the two, and most recently, Brooks swore at Bryson during a post-round interview as Bryson passed by in the background.

It is clear that the two do not like each other. Bryson was quoted in an interview saying the feud is good for the game because golf has been in every media outlet, and it is reaching out to a younger generation.

Bryson does not seem to be the biggest fan, although I give him credit for brushing off most of the shots towards him. The fans seem to have taken Brooks’ side and have been calling Bryson “Brooksie,” which Bryson has called flattering.

Many people wanted to see the two paired together at Torrey this week, but this did not come to fruition. We could see the two play together on the weekend if the stars align. Imagine a Brooks and Bryson final pairing.

Rickie Fowler Does Not Qualify

Fan-favorite Rickie Fowler had ramped up some momentum after struggling all season. Fowler had 0 top 10 finishes in 2021 up until the PGA Championship. He played solid golf, finishing in a tie for 8th, then followed up with a solid week at The Memorial, tying for 11th.

Fowler played in a 36 hole qualifier in Columbus, Ohio, and came up one revolution short of a spot at Torrey Pines. Rickie needed a birdie on the final hole, and his chip came up just one roll short.

Fowler said in interviews after that he feels good about where his game is, and he is ready to continue the momentum he has created.

This is the first time since 2010 in which Fowler will not compete in the US Open. He committed to play in the Travelers Championship next week in Cromwell, CT. 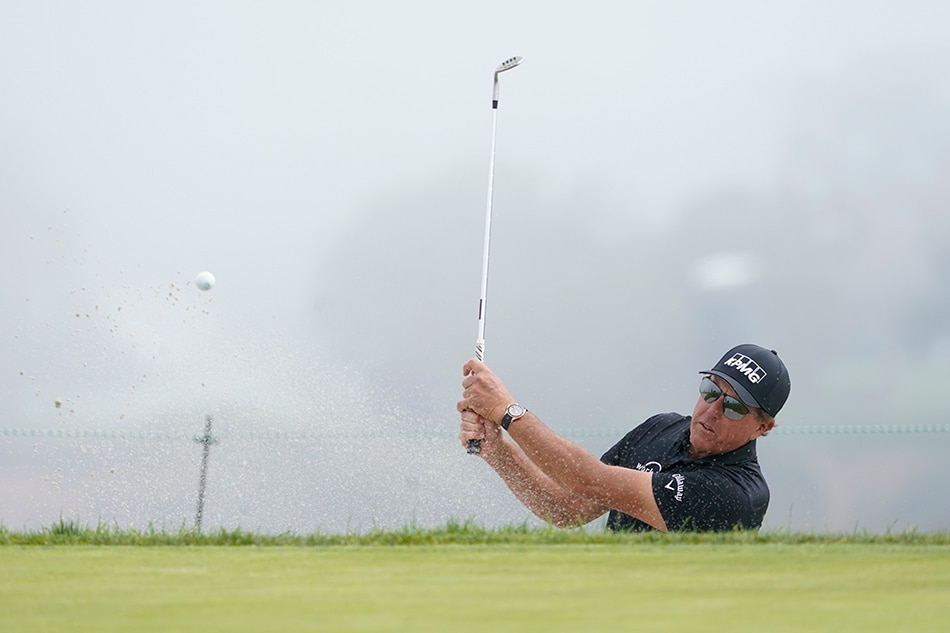 The US Open is finally among us. On Thursday, the best golfers in the world will tee it up at Torrey Pines in La Jolla, California.

Coming off a historic victory at Kiawah Island, Phil Mickelson is chasing the elusive career grand slam this week at Torrey. Mickelson became the oldest man to win a major championship at the age of 50.

Phil has come so close to winning the career grand slam. He infamously melted down at Winged Foot, holding a one-stroke lead going into the 18th hole. He double-bogeyed to lose outright and has been chasing that elusive grand slam ever since.

Phil has said he obviously knows what is at stake but has said he is not going to let that consume him this week. His former caddy Jim Mackay said that nobody should count Phil out this week because he wants it more than anyone else in the entire field.