The Nation’s Capital Is Joining The Sports Betting Boom: Gaming regulators in D.C. announced on Friday that the long-awaited sports app is launching in about five weeks. The gaming regulators in D.C. will have to cement a sportsbook before the official launch. Thus far there has been one such application from an unnamed British bookmaker. The sports–book would have to operate out of Capital One Arena in the North West quadrant of the city.

There Has Been Ongoing Controversy Surrounding Legalizing Sports Betting In D.C.

There has been strong opposition to legalized sports betting in Washington D.C. The opposition has raised concerns loudly and aggressively, which has say locals stalled the launch. Gaming officials remained hopeful last year that certain legal issues could have been ironed out in time for the NHL season in September. However the talks stalled, and the two sides would not budge in time for a September launch

Proponents of sports betting were requesting that lawmakers put push back on certain rules and regulations and offer a ‘no-bid contract opportunity to ‘Intralot’. The sports betting provider is a giant in the industry based out of Greece. The city was threatened with a lawsuit if the no-bid contract moved forward. A judge put a stop to it, before a deal could be made. The D.C. Lottery will be in charge of sports betting in the district. An official with the Lottery said things have come together quickly this month. The launch date is set for March, with players having to be 18 and over. Sports bets can only be placed if a player is physically in D.C.

The D.C. Lottery Commission announced last year that they would be accepting sports betting licenses in December of 2019. Officials have been surprised that there has only been one application submitted to the commission. The applicant is a well known British Bookmaker, that a source has identified as William Hill. Associates of Hill are in D.C. currently hammering out a deal with Capital One Arena.

According to the source, the sports-book would be located at the site where Green Turtle Sports Bar and Grille was formerly located. The owner of the Washington Wizards and Capitals, Ted Leonsis, has been one of the biggest supporters of sports betting in D.C. Lottery Commission officials met with an agent for Hill on Friday. They are close to cementing a deal, and the sports betting app will launch in early March 2020.

We have combined them all into one place for all the industry news  and it is updated every day. We have articles on the red-hot start to sports betting in and around the Corn Belt and we touch on the tremendous amount of success that Atlantic City is having.

Ryan has a new guest on his show which is Hayden Frederick from the Sports scoop and listen here.

Check out daily picks that are free and has made money from our first day.

Sports Betting in Rhode Island Coming to A Halt 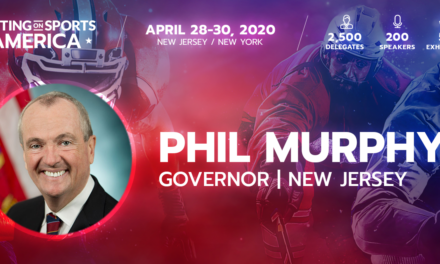