The keystone state is about to welcome its sixth online sportsbook.

Daily fantasy provider turned sports betting operator DraftKings has announced plans to start its online operations in Pennsylvania this week. The operator made the announcement shortly after receiving the green light from the Pennsylvania Gaming Control Board (PGCB) on Wednesday.

In an official release, DraftKings Chief Compliance Officer, Tim Dent, expressed the company’s excitement, saying that the approval from the PGCB had taken them a step closer to the much-awaited launch. He added that the DraftKings Sportsbook would debut in the PA online market on Monday.

The rollout is set to begin with a mandatory soft-launch at the Meadows Racetrack on November 4. The soft-play phase will last for three days, and the company expects to get cleared to begin statewide operations after that.

The launch of the DraftKings betting app marks the sixth mobile sportsbook for Pennsylvania. The operator’s predecessors in the industry are SugarHouse, Parx, BetRivers, Fox Bet, and its bigtime competitor, FanDuel, who already controls more than half of the online market share.

The rollout of the DraftKings Sportsbook in Pennsylvania has been long overdue.

The company made its first move when it entered into a multi-state agreement with Penn National Gaming in August. The partnership facilitated the operator’s entry into the market through a partnership with the Meadows Racetrack and Casino in Washington County.

Barely one month later, DraftKings and Meadows are ready to ramp-up their offerings in the Commonwealth through the launch of a statewide mobile betting app.

The official launch of the DraftKings PA app makes it four states for the mobile sportsbook.

The operator has an online presence in New Jersey, Indiana, and West Virginia, and land-based sportsbooks at the Del Lago Casino Resort in New York and three Wild Rose Entertainment casinos in Iowa.

Pennsylvania legalized sports betting in 2017, and it was among the first states to roll out regulated wagering post-PAPSA. The state began taking in-person bets in November last year, but online wagering did not start until late May.

SugarHouse Casino, now Rivers Philadelphia, was the first venue to offer mobile betting in the Keystone State when it launched the PlaySugarHouse app on May 29. The sportsbook is operated by Rush Street Interactive and powered by Kambi software.

The start of mobile betting brought unprecedented growth to the PA market. The state’s total wagering handle as of May 31 was about $198.38 million, but the figure has increased by more than 200% since the introduction of mobile sportsbooks.

The total value of sports bets processed by licensed operators in Pennsylvania stood at $607.48 as of September 30.

The state has 12 retail sportsbooks and five mobile betting apps. DraftKings will become the sixth PA online sportsbook when it goes live this week. 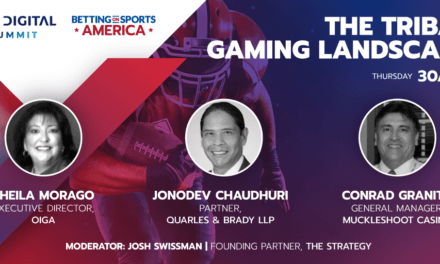