It’s looking like Florida sports betting won’t be happening in 2022. This is because of a compact between the state of Florida and the state’s Seminole tribe, which must be proven valid or invalid in D.C. at the U.S. Court of Appeals. The process will go to at least the end of the year, if not later, which means that Florida sports betting won’t be around until 2023 at the earliest.

Opening briefs from each side of the case must be presented to the court by August 17th. These will be provided by the Florida Department of the Interior and the state’s Seminole Tribe, the two parties involved in this case. In May 2021, a compact was filed regarding Seminole operations, and many believed that this compact would cause lawsuits in the future.

It seems that the future is here, and those lawmakers were correct. The compact was passed during a special session, and now it seems that the flaws during the process are being called out and brought to court.

“I don’t think there’s any chance of doing a gaming deal to the size and scope that was negotiated by Gov. [Ron] DeSantis without a legal challenge,” said Florida House Speaker Chris Prowls during the initial process of the compact being passed. “You are navigating the icebergs of legal hurdles as you do this.”

The Beginning of the End for Florida Sports Betting

The lawsuit currently being looked at was seen by many from a mile away. But the entire process of the creation of the lawsuit began back in November. In the winter of 2021, the Seminole tribe opened their Hard Rock Digital Platform for operation, and District Court Judge Dabney Friedrich ruled the compact invalid.

Even so, the Seminole tribe allowed the Hard Rock digital platform to continue to run for around two weeks before they listened to the ruling. Since then, much has happened with the case, including the refusal of the tribe to pay millions of dollars to the state through a claim that the state broke its side of the compact.

Other states are watching everything within this situation unfold cautiously, as this lawsuit has come through the failure of lawmakers to be overly careful about their sports betting requirements and legislation processes. Issues such as these can cause a state’s sports betting industry to fall apart, which is currently happening now in Florida.

Other States and Tribal Betting

While Florida sports betting has been hurt by the presence of tribes, other states have seen a very different side of tribal betting. It often works out well, as the protected tribes are given an extra source of revenue, and the state continues to make tax money as well. Michigan was the first state to begin tribal betting, and the process went fairly smoothly.

Other states that engage in tribal betting include Connecticut, Arizona, Oregon, Washington, and many more. In Washington, tribes have the full authority on sports betting, although this is the only state in which this is the case.

Does your state offer legalized sports betting? Find out here. 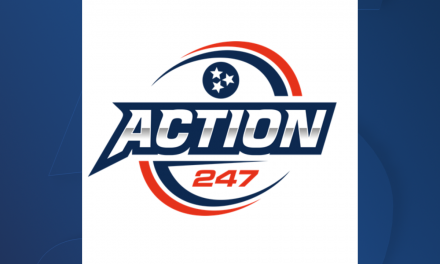