Last month, the Pine Tree State passed a unique and comprehensive sports wagering bill that has been lauded as the model law for sports betting post-PAPSA. The bill, L.D. 553, was passed just before the close of the legislative session, making Maine the 16th state in the country to embrace regulated sports gambling since the annulment of the PAPSA Rule last year.

The bill was sent to Gov. Janet T. Mills’ desk for action, with everyone hoping that she would not stand in its way.

However, the Governor opted not to sign the legislation within the constitutional 10-day window period which expired on Monday. Legislators who have met with Mills have disclosed that she chose to ice the bill because she has reservations about expanding gambling in the jurisdiction.

Speaking about the situation, the sponsor of the bill, Sen. Louis Luchini, confirmed that the Governor has some concerns about the bill, but he did not elaborate on the issues. The Senator also mentioned that the legislature might convene a special session this summer to try and reach an amicable agreement with the Governor.

The constitution of the state allows the lawmakers to recall a bill that has already been presented to the Governor if they want to make amendments.

Naturally, everyone would expect that L.D. 553 would automatically become law if the Governor did not act within the 10-day window period, but this is not the case with the Maine sports wagering bill since the state’s legislators are not in session.

For now, the bill will remain in a holding period until the lawmakers meet for the next legislative session.

However, the Governor could still sign or veto the legislation within three days of the commencement of the next session. The rule applies regardless of whether it is a special meeting held this summer or the regular session, which will begin next year.

If Gov. Mills fails to act within the three days, L.D. 553 will become law automatically.

Luchini has admitted that the future of legal sports betting in the Pine Tree State is uncertain at the moment.

The lawmaker stated that the legislature could meet to make adjustments to the bill over a special session this summer or during next year’s regular meeting.

Another legislator, Rep. Scott Storm, affirmed that the Governor does not want her name on a bill that expands gambling in the state.

Storm also added that Mills acknowledges there is a black market for sports betting, so she is likely to let it slide. The statement could be interpreted to mean that she could let the bill become law without her signature.

If the Governor vetoes the bill within the first three days of the next legislative session, the state’s Senate and Assembly could overturn the decision through a two-thirds vote in each chamber.

However, Sen. Luchini hopes that the legislature will address the Governor’s concerns and that the parties will reach a favorable deal when the legislative session begins.

Either way, Maine will not be able to launch legal sports wagering in time for the 2019 NFL season, which kicks off in early September. 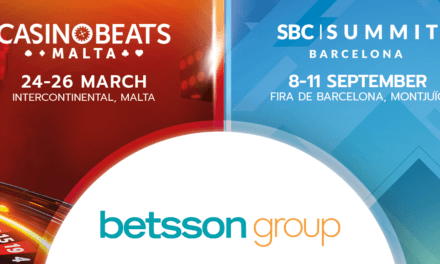