Maine took an important step towards legalized sports betting this past Friday. A bipartisan group on a legislative panel came to an agreement on taxing and regulating sports betting in the state.

The Northeast is starting to see an increase in sports betting activity. Rhode Island is already operational, as are New Jersey, Pennsylvania, and Delaware. New York, Massachusetts, and Connecticut are all taking steps towards legalization as well. It now seems that Maine is taking steps to keep pace with the rest of the region.

Although Friday’s agreement is a big step in the right direction, the road is only beginning in Maine. Gambling expansion, sports betting in particular, was a priority this year for the legislature’s gambling committee. Part of the agreement on Friday was to tax online and mobile revenue at 16 percent. Brick-and-mortar locations, such as casinos and off-track betting facilities, will be taxed at 10 percent.

There was a 6-3 split on whether or not to force online or mobile sports betting sites to get licenses only by partnering with in-state locations. Of course, those in-state facilities are in favor of that idea. Companies such as DraftKings obviously are not.

All nine of the committee members who voted Friday were in support of a version of a bill that would legalize sports betting.

The majority group argued that tying online licenses to physical locations would be an unnecessary way of keeping out companies that don’t pay property taxes in the state.

“There is a ton of online mobile businesses that operate in the state that have no ties to brick-and-mortars. It has been completely legal up to this point,” said Representative Scott Strom (R-Pittsfield). “Nobody has ever asked them to tie to a brick-and-mortar, Amazon being the biggest.”

Three of the four states with mobile betting tie their licenses to physical locations. Tennessee is the only exception, as their recent sports betting law is mobile-only.

The split vote on whether or not to “tether” sports betting licenses to physical locations will almost certainly be a cause for debate on the Senate and House floors. Representative John Andrews (R-Paris) is among those that hope that Maine can overcome their differences and work towards legalization this session.

“I feel like it would be irresponsible to punt it to the next session,” said Andrews. “I think we should do what we have to do while we’re still here, especially since the Supreme Court, what, a year ago?”

Champion noted that those estimates are based on a 10 percent tax rate. A 16 percent tax on mobile sports betting revenue could lead to a higher estimation, especially considering that online and mobile betting accounts for 80 percent of sports wagers in states like New Jersey. 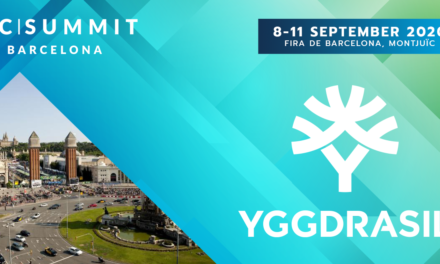 The Battle To Legalize Sports Betting In Ohio Rages On

SiGMA gets back to business with free ticket offer