Michigan Prepares For Sports Betting Launch Ahead Of March Madness

Twenty-Six Million Americans Placed Bets On The Super Bowl Betting $6.8 Billion: Super Bowl Sunday brought in massive amounts of profits for sport betting providers.  According to a new report released by the American Gaming Association, 26 million Americans placed sports bets on the February 2 Super Bowl game. The wagers placed by betters were a whopping $6.8 billion dollars. Fourteen states have instituted legalized sports betting, and Michigan is joining in on the action in the next few weeks. In December 2019 Michigan Governor Gretchen Whitmer signed a sports betting bill, making it legal in Michigan.

Sources in Michigan are saying that sports betting will be up and running before March 17th, when March Madness officially begins. Michael Huff, a sports attorney who has been assisting gaming officials shed some light on the progress thus far. Huff said, “the expectation is that when they are ready to roll out sports betting, the state will be a hotbed for it. There is rapid expansion in the marketplace in terms of sports betting.”

Huff said he and state gaming officials have been monitoring sports betting in neighboring Indiana where sports betting came online last year. Huff said, ‘states like Indiana are seeing the dividends of legal sports betting.’ Huff went on to explain, “They have seen revenue grow dramatically from the first month to the second month.” In just one month Indiana saw a growth of four times the amount in month two as in month one.

Huff said there ‘has been a chorus of frustration from some quarters in the sports betting industry. Working out the online issues will not be done in time for March Madness. Data indicates that is where the huge profit margin will be with sports betting. Huff said sports betting providers have been complaining that in other states sports betting in casinos and online launched at the same time.

Huff said he sympathizes with those businesses that were hoping to have their sports betting platforms be online. Huff said gaming officials have focused on getting sports betting up and running before March Madness. He said, “that is one sporting event Michigan can not afford to be left out of.’ Huff says that online gambling could come online before 2021, but right now they don’t know the exact date. Which states are legal for sports betting? 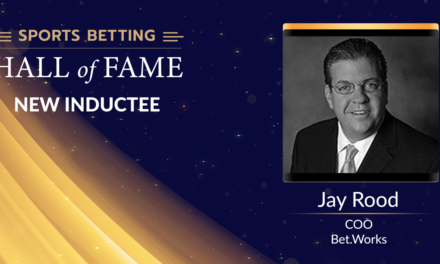