Nevada sports betting had a hefty November with a record setting total of $614.1 million in sports betting wagers. Gaming officials in Nevada said this week, in spite of a great month for sports betting, casino traffic was down by 3.4%. The particular game that had an extremely disappointing showing was the Baccarat games. There were other games that also came in below last year’s figures, such as blackjack and slot machines. The Roulette wheels and craps, performed slightly better than last year.

Even though casino revenue was down a bit in November, Nevada is on tap for bringing in impressive final figures for 2019. In 2018 Nevada Casinos reported revenue of $11.9 billion, which was their third highest-grossing month on record.  Nevada is expected to close a merger deal with DraftKings in 2020, making sports betting even more lucrative for the state. Some gaming experts thought that Nevada would be taking a huge hit as other states were able to launch sports betting.

However, that doesn’t seem to be the case thus far. No state has ever had a one month total over $600   million. The $614 billion for November is quite a feat, experts say Las Vegas has visitors regularly from all over the world, more so than any other state. There will always be some competition from other states, as they fine-tune their sports betting platforms.

Nevada was the first state in the country that had legalized gambling, namely casinos. The first casino was built along the Nevada California border in 1926. The Cal Neva Lodge and Casino, has changed hands several times through the years, and currently is the oldest casino in the United States. The casino was once owned by legendary singer and actor Frank Sinatra, who bought it in 1960. He bought it with fellow entertainer and close friend Dean Martin and Chicago mobster Sam Giancana.

President John Kennedy regularly vacationed there when he was president.  When the DraftKing sports betting merger is complete in 2020, Nevada is expected to bring in astronomical sports betting revenues.

Check some articles from other states. 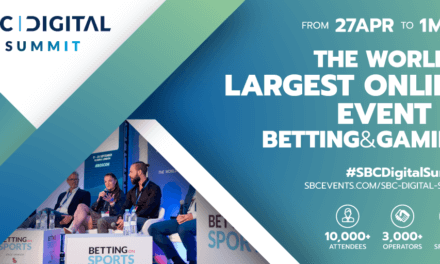