It was a win for state lotteries as the New Hampshire Lottery Commission won a lawsuit against the Department of Justice over the reinterpretation of the 1961 Federal Wire Act.

The NH Lottery Commission and their technology provider moved to court in February to challenge the revised Wire Act interpretation issued by the DOJ through the Office of Legal Counsel in November last year.

The new opinion broadened the scope of the Act to cover other forms of online gambling including online casino games, lotteries, and poker, a move that caused a lot of uncertainty over the future of regulated gambling in the country.

In the lawsuit, the Lottery Commission cited that the vaguely worded opinion of the OLC could jeopardize the sale of lottery tickets over the internet. They were also concerned about the looming threat to multi-state lottery games like Mega Millions and Powerball.

However, the matter was brought to a close last Monday when a U.S. District Court judge issued a ruling that rejected the 2018 OLC Opinion. In his decision, Judge Paul Barbadoro reiterated that the Act applies to the transmission of bets or information related to sports betting across state lines.

About the Wire Act

The Federal Wire Act is one of the most far-reaching, and hotly contested, gambling laws in the country.

In this case, wire communication has been interpreted to mean the internet.

In 2011, the Department of Justice made a ruling in which it clarified that the federal law applied to sports wagering only and that state lotteries did not violate the Act through the sale of tickets over the internet.

However, the body reversed the opinion last year, saying that it included all forms of online gambling, including lotteries.

In another statement released in January this year, the DOJ ordered all online operators to ensure that they conformed to the new regulation by April 15. As expected, the memo was challenged by operators and other stakeholders, forcing the Department to postpone the Wire Act Enforcement to June 15.

New Ruling on the Wire Act

Since the reinterpretation of the Wire Act in November last year, there has been a lot of concern among stakeholders, with most of them citing the ambiguity of the new regulation.

By broadening the scope of the Wire Act, the new law would criminalize interstate pacts between iLottery and online casino gambling operators.

In their case, the New Hampshire Lottery Commission argued that the lack of clarity on whether state lotteries violated the regulation left room for the Department of Justice to overrule their operations when the new law comes into effect.

The argument was supported by Judge Paul Barbadoro, saying that the DOJ should have explicitly stated that state lotteries were excluded from the regulation, and they would not be prosecuted for violating the rule.

In conclusion, the judge declared that the Wire Act applies to transmissions related to online sports wagering only, and he closed by saying that the 2018 OLC opinion is no longer in effect.

The recent ruling is a big win for state lotteries, and it also opens a pandora’s box of lawsuits from other stakeholders like online casino operators and interstate poker providers. 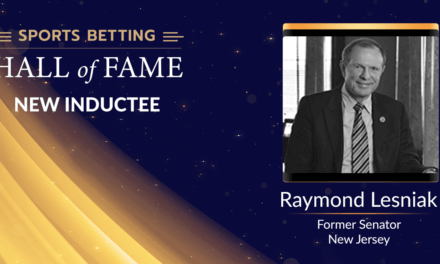