The New Hampshire Lottery has received 13 proposals for legalized sports betting from potential vendors hoping to offer regulated wagering in the state.

The Lottery called for applications through an official RFP publication released on August 7. The 71-page document was sent to companies that had expressed interest in joining the newly regulated NH sports betting market.

Initially, the Lottery had given the vendors until August 26 to submit their proposals, and contract negotiations for selected vendors were set to begin on October 17. However, the goalpost for the submissions was later shifted to September 20.

Following the recent developments, the Lottery officials have said that the commission’s next task will be to review each application thoroughly to ensure that it selects the best vendors to operate sportsbooks in the state.

According to the Lottery’s executive director, Charlie McIntyre, the commission hopes to finalize the contracts by the end of November to allow successful applicants to start operating by early 2020.

However, the Director did not reveal the names of the applicants due to the confidential nature of the RFPs.

In his Monday address, the Lottery Director stated that the commission was pleased and encouraged by the number of responses it had received, as well as the overall quality of proposals.

The next step, he said, would be to look at each of the responses carefully to ensure that the state launches an industry that engages and protects bettors. The Lottery is also optimistic that the regulated market will generate crucial revenue to fund education in the jurisdiction.

State officials project that the industry will generate about $10 million in revenue during the first full year of operation. This is not far-fetched given that the NH Lottery posted more than $331.8 million in sales during the fiscal year 2018, and $86.5 million in net profit. The proceeds were allocated to state education.

Besides providing means for generating additional revenue, state officials say that legal sports betting will create employment opportunities for the residents. Besides, the Lottery officials are optimistic that the regulated market will provide a solution to illegal gambling in the Granite State.

What will the regulator consider before awarding the contracts?

The RFP document sent to potential licensees by the NH Lottery outlined the criteria that the regulator would use to award the sports betting licenses.

Each proposal will be graded out of 1000 points, and the areas of assessment will be as follows:

According to the state’s sports betting law, the legal industry will be regulated by the Division of Wagering which will be incorporated within the New Hampshire Lottery.

The law authorizes the NH Lottery to license up to 10 operators to run retail sportsbooks in the jurisdiction, and a maximum of five online-only operators.

The proposed locations for retail sportsbooks will be approved by the residents of the local communities through a November vote. 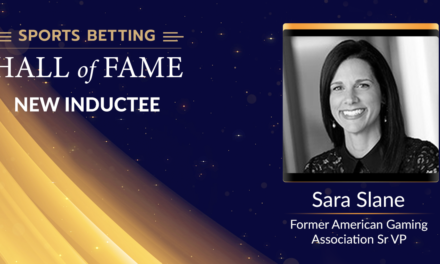