The Issue of Sports Betting Legalization in Texas Sports betting still hasn’t been legalized in the Lone Star State, but many are hopeful that 2023 will be the year in which Texans are finally able to put their money on the line. If Texas were to legalize sports betting, it would most likely have a great amount of success due to its high population and the number of sports enthusiasts living there.

In 2021, efforts to legalize sports betting throughout the state were pretty much stomped out. The views of state officials towards legalization are very mixed, so once, or if, negotiations ever begin, it may take some time to see any bills signed. But the industry needs Texas, as its size would boost the market tremendously.

Abbott wants no part in it

Governor Greg Abbott has often spoken out against bringing sports betting to the state. Gambling is already a bit of a problem in Texas, and Abbott is worried that the legalization of sports betting would add to the issue. In 2015, Abbott firmly asked state lottery officials to stop their efforts of collecting information about possible sports betting games, saying:

“State laws on gaming are to be viewed strictly as prohibitive to any expansion of gambling. This statutory framework is properly intentioned to protect our citizens, and I support it wholeheartedly”.

However, in February of last year, Abbot seemed a bit more open-hearted when speaking about the issue. He stated that he would need to spend some time with Texas lottery officials and see what their intentions are before making any decisions.

Many people throughout Texas are still pushing for legalization. During his 2022 campaign, Democratic governor candidate Beto O’Rourke vocalized his support for legalizing betting throughout the state. He stated:

“From listening to Texans across the state, it’s one, a very popular proposal, and two, it would also help us address some of the challenges we have in reducing inflation and property taxes in the state”.

According to a poll sent out by the University of Texas, around 57% of Texans give their full support for sports betting legalization. Many Texans are already betting in other states, but want to have the ease of betting close to home while contributing their tax dollars to the state in which they live.

If Texans are still gambling on sports anyway, and legalization would only add to funding in the state, it seems like a no-brainer for state officials to legalize sports betting. Currently, Louisiana is profiting off of Texan sports betting enthusiasts. In fact, the Houston Astros announced a partnership with BetMGM in May 2022, but their special offers can only apply to Louisiana residents who support the team.

Other professional sports teams in Texas have pushed for legalization. In 2021, the Mavericks, Cowboys, and Rangers all made statements in support of sports betting, but committees struck the idea down within the same year. This means that the idea won’t be brought up again until committees meet in 2023, and even if it is discussed, legalization could easily be shot down again. 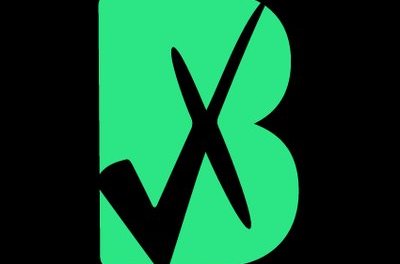