This weekend, IndyCar will be back in action after a month of downtime at the Inaugural Big Machine Music City GP. Open wheeled racing machines will be flying through the streets of Nashville on Sunday evening.

The starting grid has not been established, but there are a few drivers to watch this weekend in Music City. Let’s look at the racers you should be betting.

Nobody has experience on the Big Machine Music City GP course because it’s new, but Nashville is the hometown of Josef Newgarden. Newgarden is currently in fourth in the NTT IndyCar Series standings, but look for him to continue closing in on the top spot.

The #2 Xpel Chevrolet has been close to crossing the finish line first at multiple races this year, but his team’s late-race strategy has not played out in his favor. However, the Team Penske driver is coming off his first win of the season at the Honda Indy 200 at Mid-Ohio.

Newgarden has been outspoken about how much it would mean to win this race because it’s in his hometown. It would not be surprising to see Newgarden pulling into victory lane because he has dominated races throughout the year until the final laps.

If he can use the momentum from Mid-Ohio in Nashville, he will have an unbelievable race. Newgarden has led 197 laps and has five top-five finishes in ten starts.

In Nashville, you will not lose money betting money on Josef Newgarden.

It’s hard not to include Alex Palou on this list because of his dominance throughout the year. Palou leads the NTT IndyCar Series by 39 points, and he is one of the most promising drivers in the sport.

Palou was a rookie in 2020 but did not have much success in 14 starts. This year has been a different story for the promising sophomore. He almost defeated Helio Castroneves in the Greatest Spectacle in Racing, finishing second. The #10 NTT Data Honda seven top-five finishes in ten starts with two wins. If anyone should win most improved in the field, it’s Alex Palou.

Palou has shined on ovals and road courses. This will be critical this weekend because drivers will have to win with speed and skill in Nashville.

Romain Grosjean will be the hottest free agent in IndyCar at the end of the season. He is a newbie to racing in the states after spending most of his career in Formula 1. Nevertheless, he has shined throughout the season, and he is here to stay.

Grosjean has stated multiple times that he loves racing in the NTT IndyCar Series. Over the past month, he drove around the United States in an RV with his family to embrace the next stage of his racing career. In this span, he also took his first turns on an oval in testing. 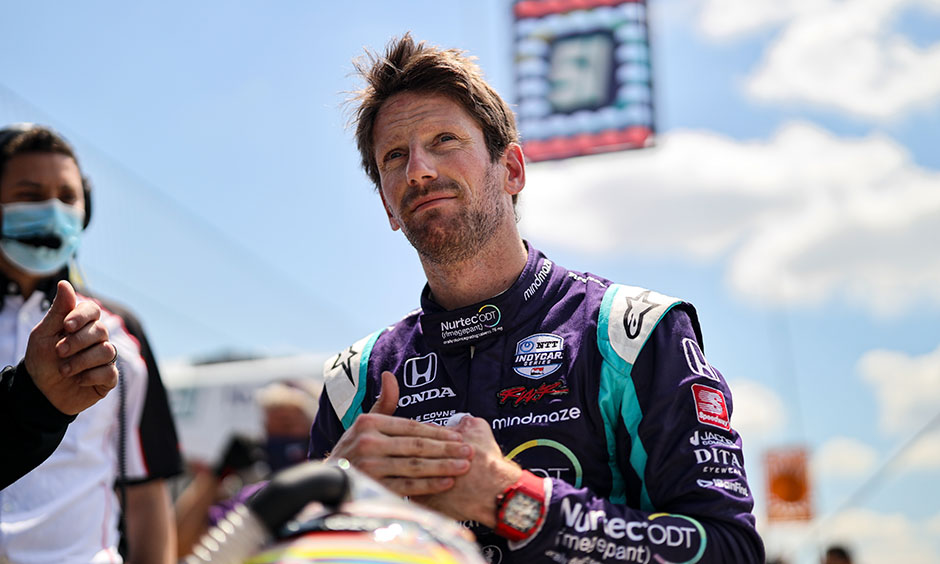 The oval testing will not help him in Nashville, but it’s a sign that Grosjean is not leaving. He will be a full-time driver again in 2021, likely leaving Dale Coyne Racing.

Grosjean is still learning the ropes, but he has improved in every race. The #51 Nurtec ODT Honda has seven starts with four top-ten and two top-five finishes. The Big Machine Music City GP course seems like a course that Grosjean could dominate, but only time will tell.