The Indianapolis 500, which is also known as the “Greatest Spectacle in Racing,” is an annual automobile race that began in 1911. Every year, hundreds of thousands of spectators travel to the Indianapolis Motor Speedway to take in the most prestigious race in America.

The race, which takes place on the Sunday of Memorial Day weekend, is one of the most attended single-day sporting events in the world. The 2021 race will be smaller than usual because of COVID-19 protocols. However, fans are back this year for the Greatest Spectacle in Racing which was not the case in 2020.

As Memorial Day weekend approaches and the 33 drivers prepare to compete for the $1.5 million prize, it’s important to remember the history of the Indianapolis 500 to appreciate the pageantry of the event.

Indianapolis Motor Speedway was built in 1909 as a testing facility for the surging automotive industry in the area. The initial track surface was paved with crushed rock and tar. However, it quickly transitioned to bricks which is why you will often hear the speedway referred to as the “Brickyard.”

The track is now asphalt, but a 36-inch strip of bricks remains at the finish line to maintain a small piece of Indy history. The 2.5-mile oval has four turns which are banked at approximately nine degrees.

Ray Harroun at the Indianpolis 500

The first race occurred two years after the Indianapolis Motor Speedway was complete in 1911. Ray Harroun cruised to victory in the inaugural race in 6 hours and 42 minutes. This was an average speed of 74.6 mph.

The first international winner came two years later when Jules Goux of France won the 500-mile race. A French driver would go on to win in two of the next three years.

Although, the Americans would take back the track from 1990 until 1964. In 1965, Jim Clark of Scotland hoisted the Indianapolis 500 trophy, marking the first international winner since Dario Resta of France (1916).

The tradition at Indy where the winner drinks milk dates to 1933 with Louis Meyer. Louis Meyer drank buttermilk after winning his second Indianapolis 500. His first victory came in 1928.

Meyer dominated in 1933 with an average speed of 104.162 mph. Meyer’s mother was responsible for him chugging a glass of milk in victory lane. She told him that there is nothing better than a glass of milk on a hot day.

Takuma Sato enjoying his milk after his 2020 victory

Meyer listened to his mother and drank a glass after his second win, but it still did not become a tradition after the race. It was not until Meyer won his third race in 1936 that the milk bottle became standard for the winner at the Indianapolis 500.

He drank his celebratory milk from a glass bottle instead of a cup. An executive at the Milk Foundation saw the picture of Meyer chugging milk from the bottle and vowed to make the milk a staple of the Greatest Spectacle in Racing.

The milk bottle tradition began the following year, but it took a brief hiatus from 1946-1955. Since 1956, a glass of milk has been delivered to the winner in victory lane. A bottle of milk celebration may seem simple, but it takes planning by the Indianapolis Motor Speedway staff.

The 33 drivers who make the race are polled before the race to see if they would like whole, two percent, or fat-free milk. All three bottles are ready before the race, so the winner receives their desired choice. 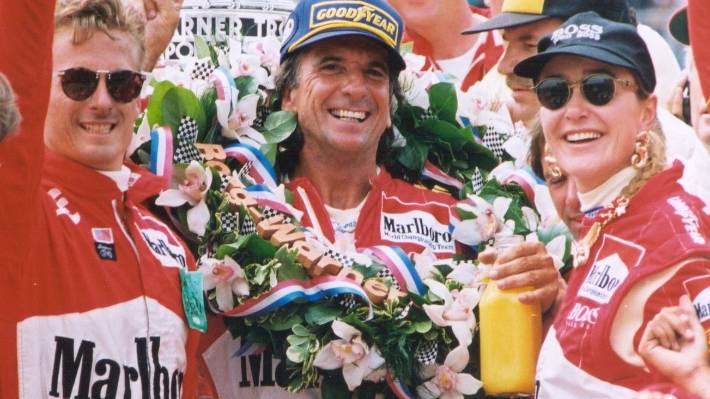 Emerson Fittipaldi drinking orange juice after his victory in 1993

The milk tradition was nearly destroyed in 1993, but it persisted through Emerson Fittipaldi’s choice to drink orange juice after winning the Indianapolis 500. He chugged a bottle of orange juice which caused fans to boo him out of Indianapolis.

After he chugged the orange juice, he began sipping on the bottle of milk. Although, his actions still angered the American Dairy Association of Indiana. Fittipaldi later apologized for breaking race tradition.

Racing and non-racing fans alike travel to Indianapolis for the race every year. Some people come for the race, while others solely venture to the track for the snake pit.

The snake pit is the biggest party in automobile racing.

The snake pit was first referenced in the 1961 Indianapolis News following the race. The area on the southwest turn of the track was still relatively calm, but this would change less than a decade later. The party in the snake pit escalated by 1968 to a point where police had to get involved. Most of the arrests from the race took place in the party zone. Also, multiple people were treated for cuts and infections because of falling on glass bottles scattered on the ground.

In 1969, the track tried to break up the party and had 40 guards patrol the area. The track committee’s effort did not work, and in 1970, things started to get crazier. A man attempted to run on the track during the race in 1970.

This action proceeded into a brawl between the police and the man trying to run on the track as the cars flew by the snake pit. The guards fought off the man and threw him into a small creek on the track’s infield. 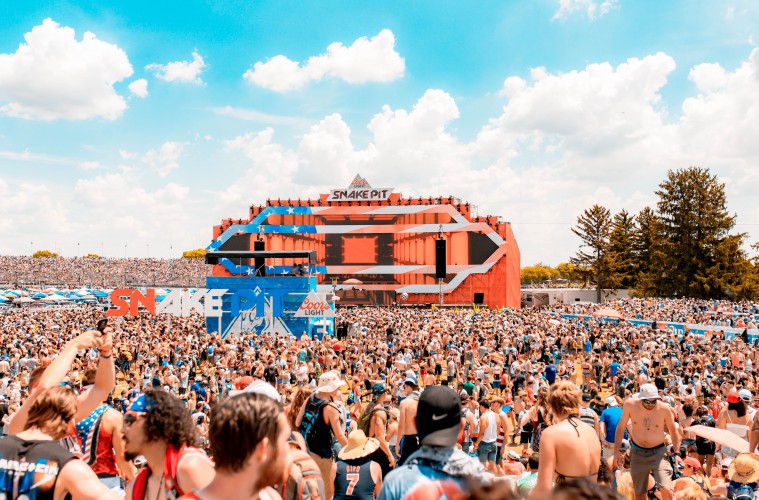 In 1975, police were forced to use tear gas to detain the pit, making the track committee figure out a new plan. By 1981, the snake pit began to calm down compared to earlier years, and in 1989, the pit was moved to turn four of the Indianapolis Motor Speedway.

By 1994, the snake pit was a controlled environment that the Indianapolis media compared to Daytona on spring break. The track schedules major music stars to headline the party in the snake pit on race weekend. It’s still a wild party, but the track got the area under control.

Only three men have claimed the Borg-Warner Trophy four times. The Borg-Warner Automotive Company commissioned the trophy in 1935, and the name has not changed since.

It’s important to remember the history of Indy, to appreciate the present. The race has evolved since it began in 1911, but it’s still the same at its core.

Tanner Kern is a former Division I football player at Lafayette College and a graduate of the University of Connecticut. He is currently a writer for Knup Sports and the Sports 2.0 Network. He is the host of Between the Lines, the official show of Baseball Spotlight, and the main contributor for the website. Connect with Tanner on IG @tannerkern and Twitter @tannerkern_.