For the past few weeks, the storyline in IndyCar has been Team Penske, but for all the wrong reasons. Heading into the Honda Indy 200, Team Penske was still searching for the top of the podium.

.@1_JimKern and I delivered again for our @IndyCar picks.

We both chose @josefnewgarden to win today, and he delivered for Team Penske’s first win of the season! For more IndyCar content, check out @KnupSports and the @Sports20Network!#IndyCar #Honda200 pic.twitter.com/VgplEQnqrq

After the race, the Penske narrative from the past few weeks had changed. Josef Newgarden delivered his 19th career win on the 50th anniversary weekend of Roger Penske’s first victory as a car owner.

Fifty years and one day ago today, Mark Donahue delivered for Team Penske at the Schaefer 500 at Pocono Raceway.

Newgarden dominated the entire event in his new #2 XPEL Chevrolet until the last few laps. Newgarden’s rear tires were worn by the end of the race, which forced him to be less aggressive in the final stage of the Honda Indy 200.

This caused Marcus Ericsson, who finished in second place, to pull within one second of the victor. The Team Penske storyline throughout the year has been “race strong and fall apart.”

“Marcus did not make it easy. It seemed smooth at the beginning of the stint. It felt pretty comfortable. Then 10 to 15 laps to go on primary tires, I was chewing up the rear. I was just kind of calculating the pace loss, looking at where he was, looking at overtaking, all that. That kept me busy.”

However, Newgarden stayed poised and delivered with exceptional driving down the stretch. He was calculating the pace in the final laps as Ericsson surged.

In the blink of an eye, Newgarden’s ten-second lead deteriorated to a split-second finish. Although, Newgarden earned the victory, and the monkey is now off his back and Team Penske.

After the race, Newgarden was ecstatic, and he continued to state how happy he was for his team.

“It was a hard-fought win. I think we definitely had the car to win the race, but it didn’t come easy. These guys made us push for it and work.”

Team Penske won the Honda Indy 200, but Chip Ganassi had the best day as of team. The Ganassi trio of Marcus Ericsson, Alex Palou, and Scott Dixon finished 2, 3, 4 on the afternoon. 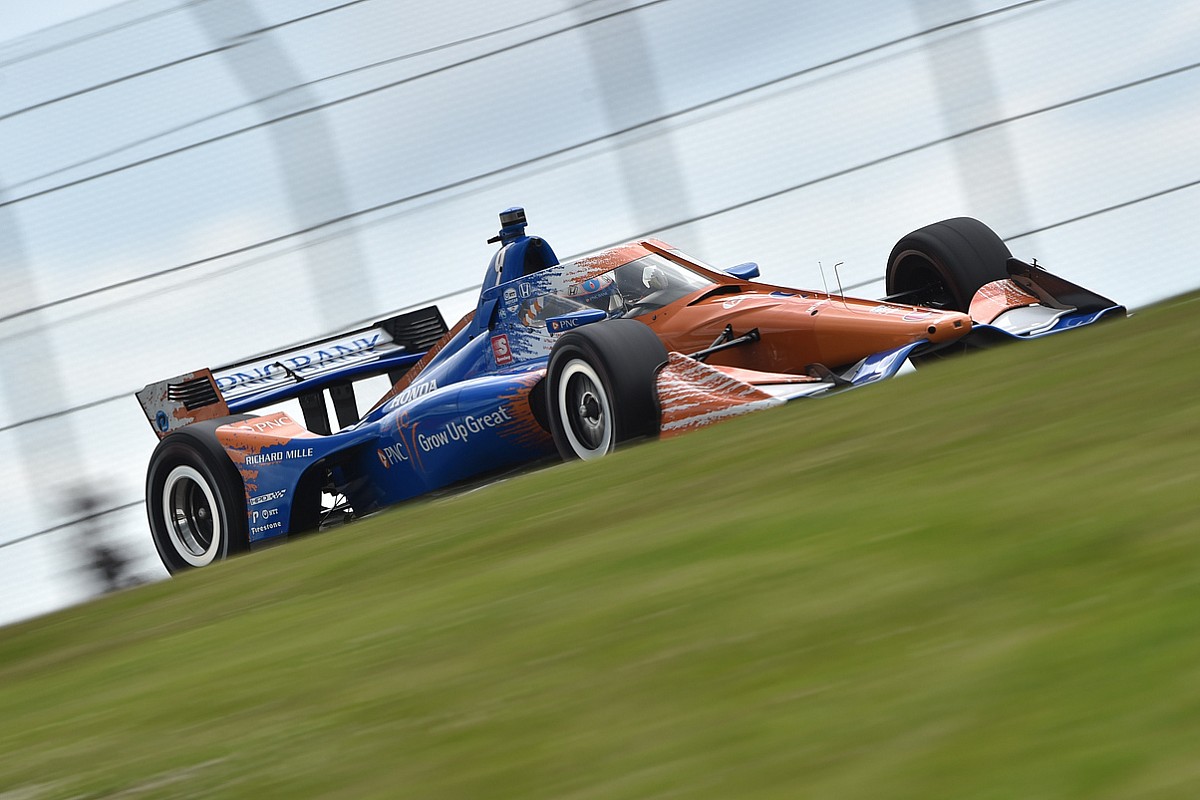 Palou’s strong finish allowed him to maintain the top spot in the NTT IndyCar Series standings. Dixon is still third, and Ericsson moved into fifth place, so Ganassi is showing its strength with under half the season remaining.

Palou and Ericsson were pleased after their performance at the Honda Indy 200, but Dixon said he needs many improvements to be competitive moving forward. This was not surprising coming from the mouth of Dixon, the best driver in the sport.

He said, “The rear of the car, we just couldn’t hold on to throughout the race. It was definitely very frustrating. We couldn’t push at any time, we tried to adjust during the race. We’ve got to do some work, we need some work.”

The final team in the IndyCar big three did not come through on Sunday. A poor pitstop from Colton Herta’s crew caused him to go from 2.5 seconds back to 25 seconds behind Newgarden.

“It was a miserable day as a whole for the Gainbridge Honda. Everything that could go wrong did. It just wasn’t our day. We will try to figure out what went wrong and then move on and keep pushing.”

Team owner Michael Andretti has said that changes will occur next year with the roster. A couple of drivers like Colton Herta are still under contract but look for Andretti to make massive changes in the offseason because of the poor results this year.