Sunday’s Detroit Grand Prix appeared to be a two-driver battle down the stretch between Josef Newgarden and Colton Herta. However, two late cautions opened the door for Pato O’Ward to become the first repeat race winner of the 2021 NTT IndyCar Series season.

O’Ward Uses Cautions to His Favor

O’Ward and his Arrow McLaren SP-Chevrolet finished third on Saturday in the first race of the Detroit Grand Prix. After a solid run on Saturday, the driver bumped the wall in Sunday’s qualifying period, putting his back against the wall before the race began.

The bump cost O’Ward a top ten qualifying spot, sending him back 16th on the starting grid. Detroit is a challenging course because there are few spots where drivers can make a successful pass.

O’Ward was unphased by his position on the starting grid and picked off drivers throughout the race. He quickly moved into the top ten early in the race by avoiding trouble. He stayed aggressive throughout the race and climbed to sixth with 11 laps left in the Detroit Grand Prix following the race’s final caution.

On the restart, O’Ward quickly passed Scott Dixon in the Chip Ganassi Racing-Honda. He then sliced by Graham Rahal and Alex Palou before turning his attention to Colton Herta.

It took one lap for O’Ward to surge past Herta before the Negwarden’s Penske car came into sight. O’Ward stalked Newgarden for three laps before passing him in the braking zone of turn seven.

O’Ward credited his Arrow McLaren and Chevrolet team following his win on Sunday.

“I had such a great car all weekend, and today it was my fault that we started from the back, making it hard for ourselves. But I knew I had a great car under me.”

By the end of the race, O’Ward gained seven seconds on Newgarden, who started the day in pole position. Newgarden was disappointed with the outcome of Sunday’s race. He spoke to Keith Lee of NBC after claiming his third runner-up spot of the season.

Newgarden is sixth is fourth in the points standings behind O’Ward, Alex Palou, and Scott Dixon.

On Saturday, O’Ward’s McLaren teammate, Felix Rosenqvist, suffered a brutal crashed that caused a red flag, spanning an hour and 18 minutes. He spent the night in the hospital and did not return to the track on Sunday. 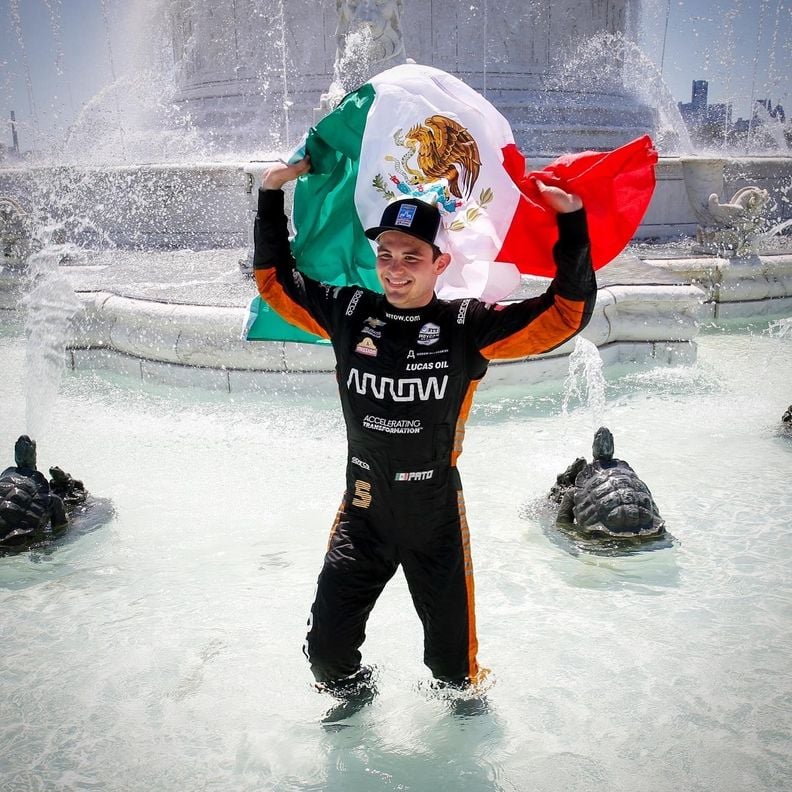 Rosenqvist did not suffer any significant injuries, but his collision with the wall made people watching sick to their stomachs. O’Ward dedicated his victory to his teammate, claiming that he knew he would win in the morning.

“I texted Felix this morning. The important thing is that he’s OK, but I told him I was going to win it for ya, and I’m a man of my word!”

O’Ward also said the win was in memory of Mansour Ojjeh, who passed away on June 6, 2021. His relationship with Arrow McLaren stretches back to the early eighties.

With O’Ward’s third and first-place finish in the Detroit Grand Prix doubleheader, he took over the 2021 NTT IndyCar Series lead. O’Ward edged Alex Palou, who was leading the series following the 105th Indy 500.

O’Ward and Palou are neck and neck currently, with only one point separating the drivers on the list. There are eight races left on the schedule, including the Rev Group Grand Prix this Sunday.