Why Dave? Why the hell would you pull Clayton Kershaw when he was six outs away from perfection? More importantly, why would you do this to the fans that love the game of baseball?

I received the perfection alert on my phone in the sixth inning of the Dodgers vs Twins game which prompted me to turn on the action. I was on the edge of my seat watching Kershaw shine in Minnesota. He started the seventh striking out Byron Buxton and then forced Luis Arraez to pop out on a 2-1 count.

If you have ever watched a no-no take place, the intensity heightens as the game goes down the stretch. After Kershaw finished off the seventh, I was ready to run through a brick wall, but then…

I SAW EVERYONE HUGGING THE ACE.

When a pitcher receives hugs in the dugout, it means his outing has concluded. When I saw this, I died inside. Between the Red Sox and Mets nearly losing my bets and Kershaw’s day being done, I was not a happy camper. 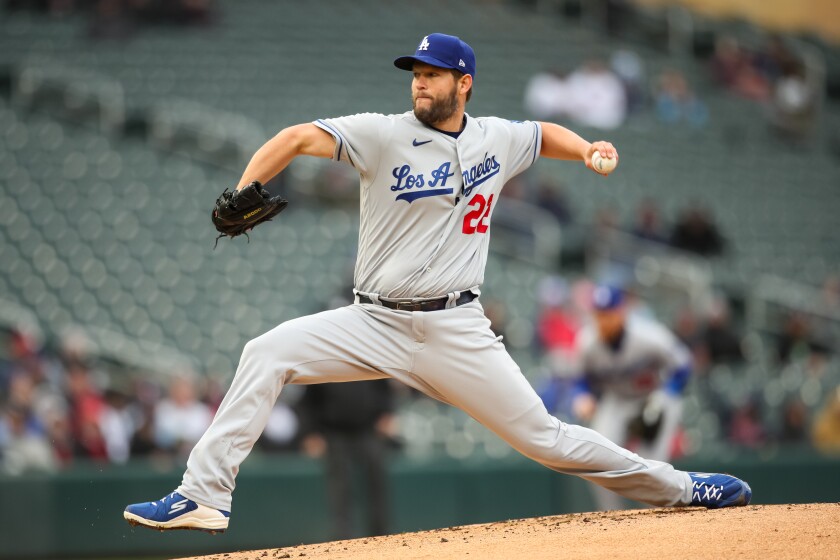 In what world does a manager pull a pitcher who is six outs away from perfection? It’s not like Kershaw’s arm was hanging by a thread. He was only at 80 pitches.

Kershaw fanned 13 out of 21 batters, so it’s not crazy to think he would attain perfection under 100 pitches. The southpaw was political after the game and called the decision, “the right move” but I cannot imagine how much this is eating at the future Hall of Famer.

Kershaw has thrown a no-hitter before, but a perfect game is in a class of its own. No pitcher has been perfect since Felix Hernandez got the job done in 2012 and out of 220,000 games, there have only been 23 perfect outings.

Roberts cheated baseball today by not even giving Kershaw the chance to finish the job. This was not the World Series where every pitch matters and you need a fresh wing on the hill. This was the fifth game of the season when the Dodgers had a 6-0 lead.

Rob Manfred has given six people a lifetime ban during his time as the commissioner od baseball, and Roberts should be the seventh.

I am a proponent of analytics, but when you see this, it’s hard to feel good about the data freaks crunching numbers in the front office. When your pitcher is dealing and is six outs away from perfection, YOU SHOULD NEVER take the ball out of their hand.

I have always been a Dave Roberts guy, but this is punishable with a lifetime ban. You cheated Kershaw, the fans, and most importantly, history on Wednesday and this is unacceptable.