The NL West has been very competitive, with a month to go before the trade deadline that takes place on July 30. The Los Angeles Dodgers, the defending World Series champions, have slowed their pace as the San Francisco Giants are currently holding the top spot in the National League West. Meanwhile, the Los Angeles Dodgers (47-31) and the San Diego Padres (47-33) are not that far behind.

CAN THE SAN FRANCISCO GIANTS KEEP THIS UP

The Dodgers have to start realizing that they can’t underestimate the Giants, who were the betting underdogs for nearly half of the games they played this season. The Dodgers are the type of team that could go almost the whole season without being an underdog. However, the Giants honestly deserve more attention as the team has won ten of their last twelve games, hit 23 home runs, and scored a total of 83 runs in that stretch.

The San Francisco Giants are known to go all-in when they have the right assets. The organization has done it before, like trading away top prospect Zach Wheeler to the New York Mets in exchange for a two-month rental for All-Star Center Fielder Carlos Beltran. The Giants did not win in 2011, but they won every other year from 2010-2016.

The Giants will be active on the trading block, most likely looking for players to bolster its pitching rotation. The organization won’t necessarily have to part ways with top prospect Marco Luciano or Joey Bart to strengthen the team unless it’s for a superstar.

THE SAN DIEGO PADRES ARE ON A ROLL

The San Diego Padres are arguably one of the most entertaining teams to watch as the team is loaded with talent. The rise of Fernando Tatis Jr. has been entertaining to watch, including when he hit three home runs in four innings against the Arizona Diamondbacks. The Padres are 9-1 in their last ten games and are just one game behind the Dodgers for the top Wildcard spot. 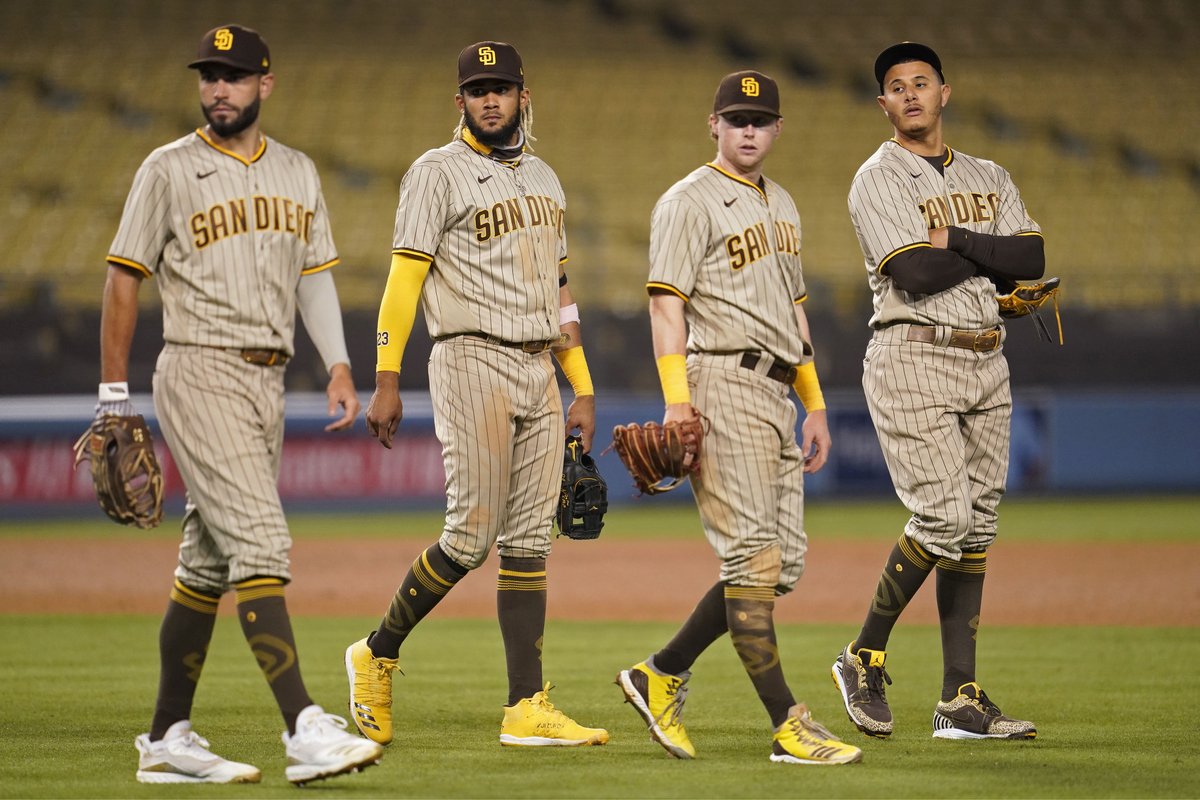 The NL West has been very competitive, with the San Francisco Giants currently holding the top spot in the National League West. Meanwhile, the Los Angeles Dodgers (47-31) and the San Diego Padres (47-33, in photo) are not that far behind.

The Los Angeles Dodgers may have slowed down their role and simply can’t ignore the fact that its divisional rivals are here to stay. However, the Dodgers have dealt with a couple of key injuries.

Mookie Betts is currently batting .248 and will need to turn it around as the calendar flips to July in a couple of days. The Dodgers have the 14th best farm system, which includes two prospects in the top 100, Keibert Ruiz and Josiah Gray. The Dodgers will be active at the trade deadline as they look to go back to back.

The Dodgers may have slowed down, but they are still the current favorites to win the NL West @-195. After all, the Dodgers made the WS in three of the last four years.