Dear ESPN, I have a massive bone to pick with your programming decision. What you did on Sunday Night Baseball was the craziest thing I have ever seen in my life. Your decision to interview Kike Hernandez during a live game was stupidity at its finest.

I am not a baseball purist, and I want the game to grow, but we do not live player interviews on Sunday Night Baseball when an athlete is in the outfield. I love how ESPN does the interviews with the players on defense during Spring Training and the All-Star Gamej.

However, last night was nothing like Spring Training or the All-Star Game…

"Fast guy at third. Slow guy at second. If he gets a base hit to me I'm gonna throw him out at home maybe"

Didn't go the way Kiké Hernandez wanted it to but this was an awesome mic'd up moment pic.twitter.com/fsWaxLZg36

Kike Hernandez was forced to talk about his outfield approach and the weather in the toughest stadium in MLB. I know Hernandez is in center, but he can hear the Bleacher Creatures loud and clear in the outfield.

He also had to deal with one of the most powerful lineups in baseball, blasting balls into the outfield. Last night was nothing close to Spring Training or an All-Star Game environment. It was the most intense situation possible for April baseball, and ESPN wanted to hear Hernandez’s thoughts were in the moment.

I love listening to the Saturday pitchers’ thoughts on Sunday Night Baseball or even what the manager thinks of the action. I do not want to listen to a professional athlete’s thoughts in the moment because it’s unfair to the player. 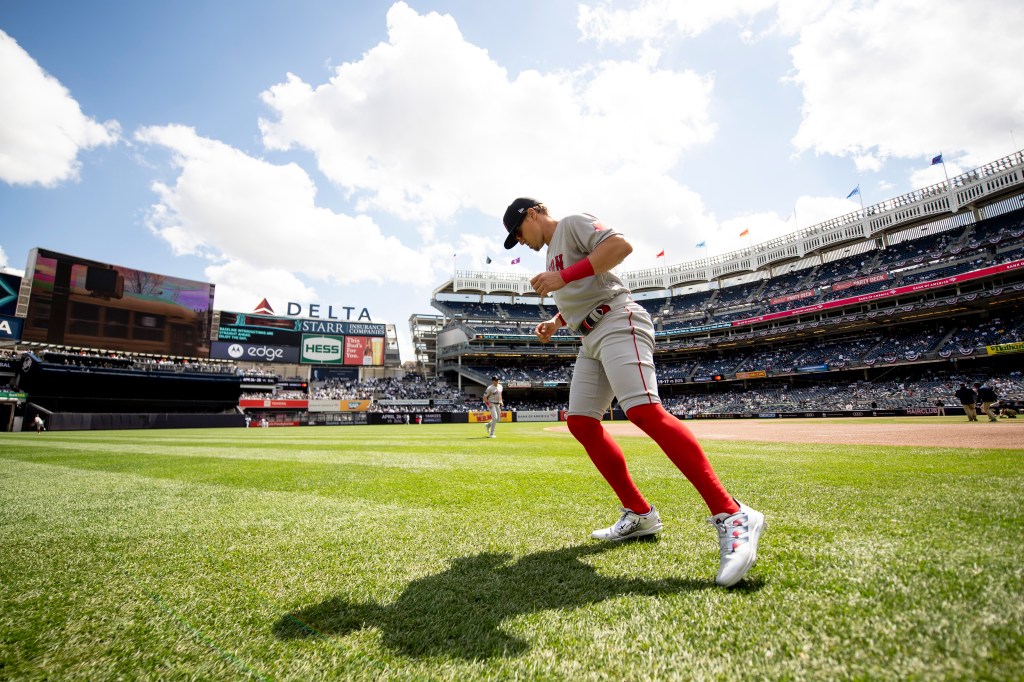 It was obvious Hernandez did not want to speak to the ESPN crew from the moment the interview started. ESPN was expecting Hernandez to carry the broadcast, which is baffling to me as a viewer.

You would think the producers would have come up with a question or two for Karl Ravech and Eduardo Perez to get the conversation started. As the interview ended when Hernandez was sprinting back to the dugout, he nominated Ozzie Albies for the next mic’d up spot against the Padres next weekend.

I hope ESPN learned from their mistakes and never does this again. Save it for the All-Star Game, or stick with a player on the bench.