5 NBA Teams Set to Make a Jump Next Season Due to various injuries or inexperience, a variety of NBA teams were unable to make the playoffs or go as deep as they had hoped to in the postseason. But with a new season ahead, there’s a new crop of teams that look to make a bigger dent after an off-season full of impactful moves. There are still a handful of off-season trades that could affect next season’s standings, but as of now, these five teams are set to make a jump next season. 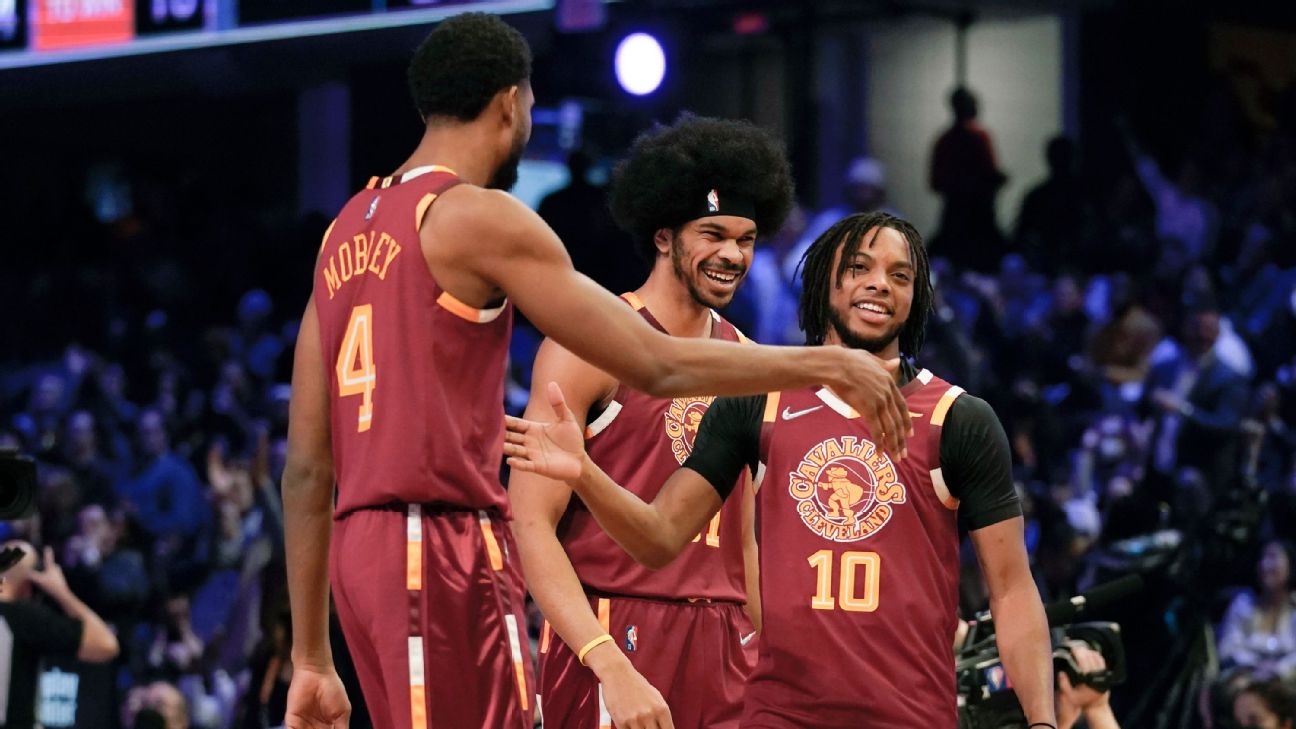 Evan Mobley #4 and Darius Garland #10 of the Cleveland Cavaliers.

It’s been 24 years since the Cavaliers have made the playoffs without LeBron James on the roster, but next year they’ll be in a position to break that dry spell. With a young core consisting of Darius Garland, Evan Mobley, and Jarret Allen, Cleveland is set for now and the future. Guard Collin Sexton is still a wildcard with his current restricted free agency, but it looks like he will return to the Cavaliers, which will be an added bonus to their young group.

On top of their young core, Cleveland has surrounded their younger players with veterans like Kevin Love, Ricky Rubio, Caris LeVert, and Robin Lopez to aid their development on and off the court.

Last season, the Cavaliers made it to the Play-In game with a 44-38 record but lost to the Brooklyn Nets and Atlanta Hawks. It was a disappointing end to the season, but with Sexton’s potential return and an off-season where Cleveland’s players can get more familiar with each other, the Cavaliers are set to make their way out of the Play-In game.

With the Mobley-Garland combo being one of the best young duos in the league, the Cavaliers have constructed a roster that doesn’t need a “King” to lead them to the playoffs anymore.

Damian Lillard #0 and Anfernee Simons #1 of the Portland Trail Blazers.

After trading McCollum at last year’s trade deadline, it looked like the Blazers were hitting the reset button. But after trading for Jerami Grant in June and signing Gary Payton II in free agency, it looks like the Blazers are giving it the old college try. The Blazers hammered that point home when they gave franchise cornerstone Damian Lillard a two-year, $121 million extension on top of the three remaining years on his deal.

Since Lillard only appeared in 29 games last season due to an abdominal injury, the Blazers finished 13th in the West with a 27-55 record. Permitting any serious injuries (which is always impossible to predict), the Blazers should be a Play-In team at the least.

Defenders like Payton, Grant, and Josh Hart provide the Blazers with perimeter defense they haven’t had in years while giving them some offensive upside in certain areas.

Offensively, guard Anfernee Simons displayed that he could take on a more significant offensive role when Lillard was out last season. With Lillard returning, his opportunities could be easier with a healthy roster.

It’ll be difficult for Portland to climb to the top half of the Western Conference standings next season, but this is one of the best rosters that Lillard has been on in his 10-year career. We’ll have to wait and see how the new pieces gel together. 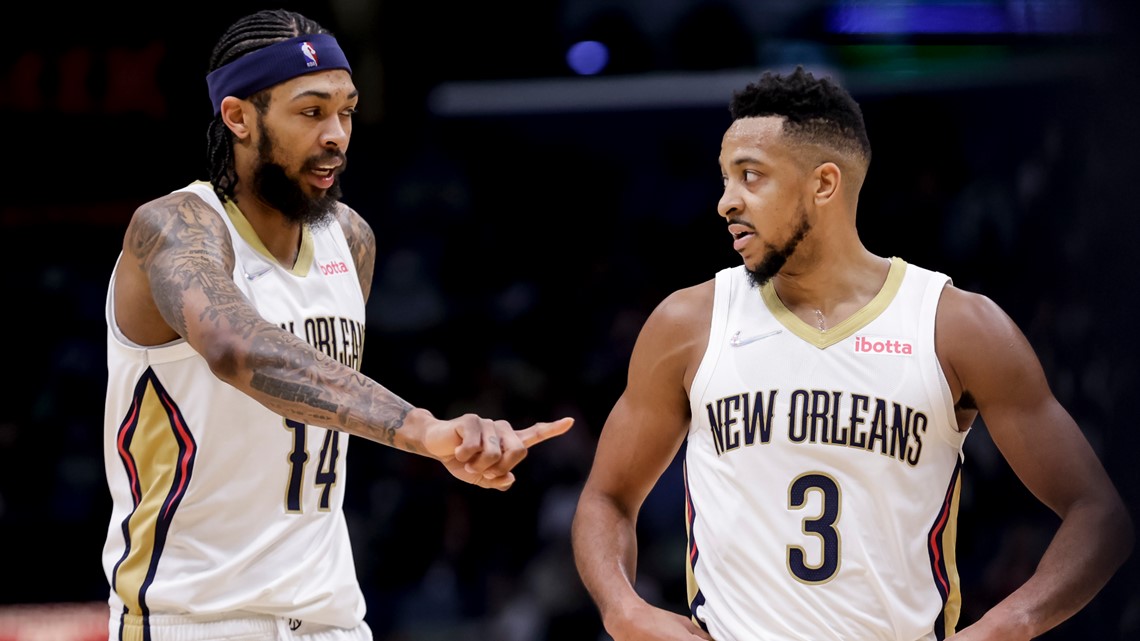 Brandon Ingram #14 and CJ McCollum #3 of the New Orleans Pelicans.

“The Big Easy” had an up and down season last year due to the uncertainty around Zion Williamson’s return. Still, after acquiring C.J McCollum at the trade deadline, the Pelicans were ready to make a playoff push. They ended up winning both Play-In games, but their reward was a first-round matchup with the No. 1 seed Phoenix Suns.

They lost to the Suns in six games but displayed how gritty and disruptive they can really be. With Williamson returning next season, the Pelicans are in a position to make it out of the first round for just the third time in franchise history.

A starting five of Williamson, McCollum, Brandon Ingram, Jonas Valančiūnas, and Herb Jones give the Pelicans a versatile lineup that can attack teams in various ways. And with a bench composed of Jose Alvarado, Larry Nance Jr., Jaxson Hayes, and Trey Murphy III, New Orleans has the recipe for sustainable success.

Head coach Willie Green played a big part in turning around the Pelicans last season. With a roster that has more depth and is finally healthy, the Pelicans are ready to make a big splash.

Who are the NBA’s big free agency winners? Read more. 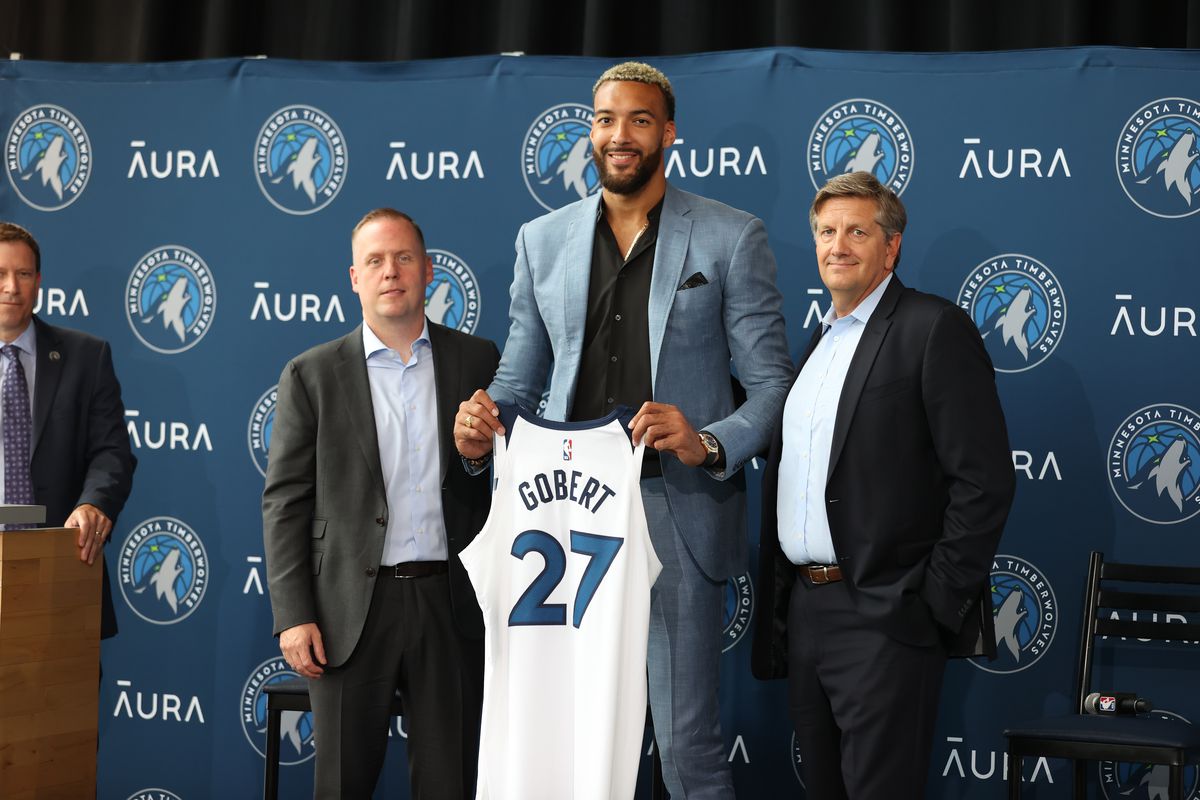 Rudy Gobert #27 of the Minnesota Timberwolves.

The Timberwolves made the playoffs for the second time in the last 18 years this past season, and the organization decided they would try and push the envelope. And push it, they did.

Minnesota traded for three-time Defensive Player of the Year Rudy Gobert. The move signaled that the Timberwolves are ready to take an approach that has died off: simultaneously playing two true big men. It may be hard for the Timberwolves to keep up with quicker teams, but their length should bail them out most of the time.

One thing that Timberwolves fans can be excited about is the ascension of Anthony Edwards after how he performed in the playoffs. The Timberwolves may have lost to the Memphis Grizzlies in six games, but Edwards averaged 25 points a game and looked like a guy you could build a franchise around. They already have All-Star Karl-Anthony Towns, so the Timberwolves’ core looks as good as it has in years.

However, depth may be one of the issues that the Timberwolves deal with this season. Minnesota had to trade most of its bench depth to land Gobert, but some recent signings could make up for that.

The T-Wolves gave up a lot to get Gobert, but with a goal to make it out of the first round of the playoffs, that acquisition is a step in that direction. They need to fill out their bench more, but what they have now could get them out of the Play-In Tournament. 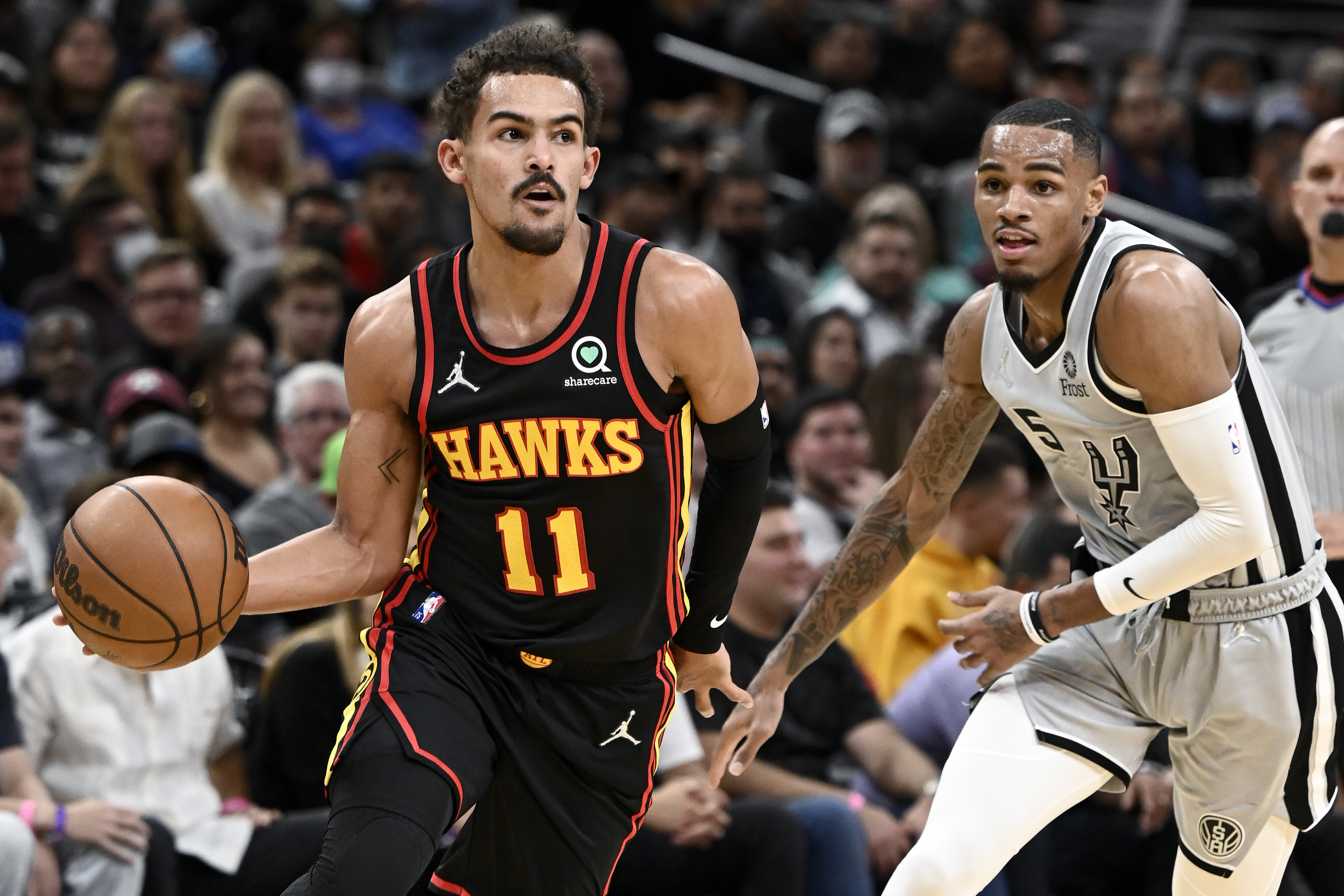 It was an underwhelming season for the Hawks after going to the Eastern Conference Finals in 2020-21. Atlanta finished last season with a 43-29 record and was eliminated by the No. 1 seed Miami Heat in the first round of the playoffs. The overall consensus after the season was that the Hawks needed to put someone alongside point guard Trae Young, so he didn’t have to carry the burden on offense.

The franchise addressed that issue by trading for San Antonio Spurs All-Star guard Dejounte Murray. Murray can run the offense when needed but could be somewhat of a liability off the ball. He’s not great in catch-and-shoot situations but may provide more value as a dunker or cutter. Murray will also be a huge boost to their perimeter defense since Young has his limitations on that end, but the first-time All-Star can only do so much.

Forward De’Andre Hunter will also provide Atlanta with much-needed perimeter defense. He also showed he is ready to take the next step offensively, averaging 21.2 points on 46.2% shooting from three and 55.7% overall in their first-round series against Miami.

It remains to be seen if Atlanta moves on from forward John Collins or center Clint Capela after the duo was involved in several trade rumors this offseason. Though the talks have cooled down, their future with the franchise seems to be up in the air. Even with those question marks, the Hawks should be in a better position to make more noise in the playoffs than they did last season.