Andre Drummond is a 27-year-old center for the Los Angeles Lakers and two-time NBA All-Star; he is also the latest star to launch a personal collection of non-fungible tokens (NFT).

The explosion of NFTs has been widespread and well-publicized as the entire world begins to become more and more familiar with this new form of online art and memorabilia collecting. Drummond creating his own NFTs makes sense following the popularity of NBA Top Shot, a source for online fandom, and his location in Los Angeles, the second-biggest market in the United States.

Drummond took to Twitter to announce his NFTs last Tuesday, linking a website that has various pieces of digital art, some of which are for sale, up for bidding, or promotional giveaways.

Despite the launch of the collectibles, however, Drummond found himself in the headlines for calling out Head Coach Frank Vogel on Instagram for using him sparingly as opposed to playing him star minutes. He then doubled back later, declaring that he only made this statement to promote his new NFTs.

The Lakers’ center is new to the LA marketplace, having only arrived from Cleveland on March 28 after being released by the Cavaliers. Drummond averaged 11.9 points and 10.2 rebounds in the purple and gold but failed to help lift the team past the Phoenix Suns in the first round of the NBA Playoffs. 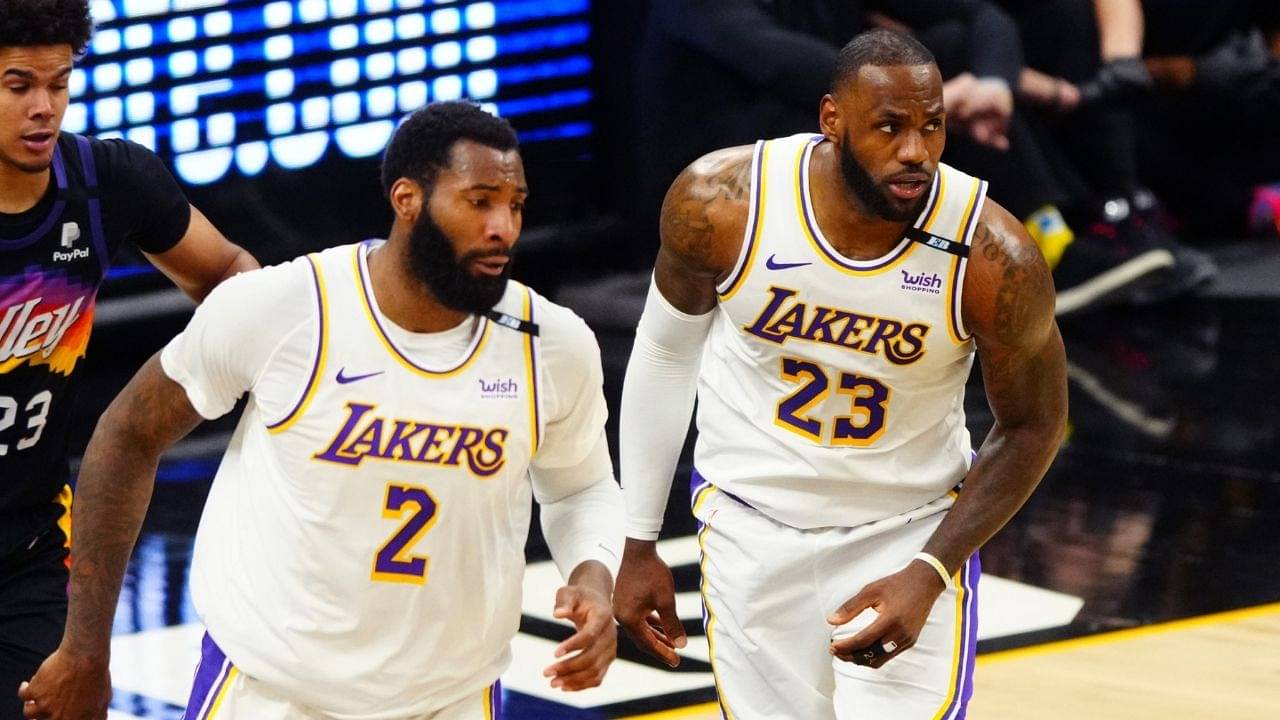 Andre Drummond is a 27-year-old center for the Los Angeles Lakers and two-time NBA All-Star; he is also the latest star to launch a personal collection of non-fungible tokens (NFT).

LA’s big man is not the first player to dive into the world of online art— Charlotte Hornets’ member and fan-favorite LaMelo Ball previously announced the creation of his line of NFTs, while players such as Kevin Durant, Klay Thompson, and Javale McGee have invested millions of dollars in Dapper Labs, the company that runs Top Shot.

Sports have created moments that survive lifetimes, and with professional athletes continuing to expand the reach of NFTs, there is going to be an all-time high of memorabilia and creativity pertaining to basketball fandom.

The Miami Heat’s Andre Iguodala had the chance to meet with Dapper Labs’ Chief Operating Officer, Roham Gharegozlou, and have a conversation about the ever-expanding world of NFTs; the 2015 NBA Finals Most Valuable Player was so blown away that he could not help but invest himself.

“The site is crazy great so far. I’m looking forward to sustainability, you know, keeping this thing going for the long haul and having some fun at the same time.” – Andre Iguodala, Miami Heat forward.

The key term in Iguodala’s praise of NFTs is sustainability; the legacies and moments of basketball’s best will not have to be haphazardly thrown together in YouTube compilations from inspired fans or lost in basketball history anymore. With these long-lasting pictures, videos, and designs, basketball’s best will be memorialized forever in a unique, authentic manner.

Gharegozlou views Top Shot and NFTs in basketball through a similar lens and prioritizes solidifying defining moments in the online world.

“It just happens to be that these [collectibles] are digital things rather than physical things. For entire generations of people, at this point, [this] feels even more natural than having piles of things.” – Roham Gharegozlou, Dapper Labs Chief Operating Officer.

Blending the online world that has been ingrained in daily life with the newest advancements in digital art and the greatest players in basketball is a combination that is here to stay. As Drummond and other stars release more NFTs, the online world advances another step in creating the best experience possible for NBA fans.

Drummond’s NFTs are live, and there should be more to come as NFTs continue to sweep the world.