The Brooklyn Nets currently own a top 5 record in the league, and a lot of that has to do with the play of Kevin Durant.

Despite the Nets’ strong start, they still find themselves in an unprecedented situation, as Kyrie Irving remains out due to his refusal to get vaccinated against COVID-19.

Making it Look Easy Out There

Durant is averaging 29.6 points on a blistering 58.6 percent shooting from the field to go along with 8.4 rebounds and 5.1 assists per game.

Oftentimes, averaging over 20 points per game on that type of efficiency would be reserved for players like Shaquille O’Neal, as all Shaq would have to do is power through his defender for easy dunks or layups inside.

Durant’s bread and butter is the mid-range game, as he gets to his spots pretty easily and uses his nearly 7-foot frame and soft touch to rise above the reach of opposing defenders.

As long as Durant continues to get a good lift on his jumper, there’s not a defender in this league who can shut him down.

At 33 years old, Durant still has that burst of speed that’s helped him blow past defenders on drives to the rim which leads to powerful dunks or easy layup opportunities.

Throughout the course of the game, Durant doesn’t even look for his own shot most of the time. He’ll allow others to get involved in the flow of things and do their own damage and once an opportunity is there for Durant to take over, he goes all in and carries his team to victories. 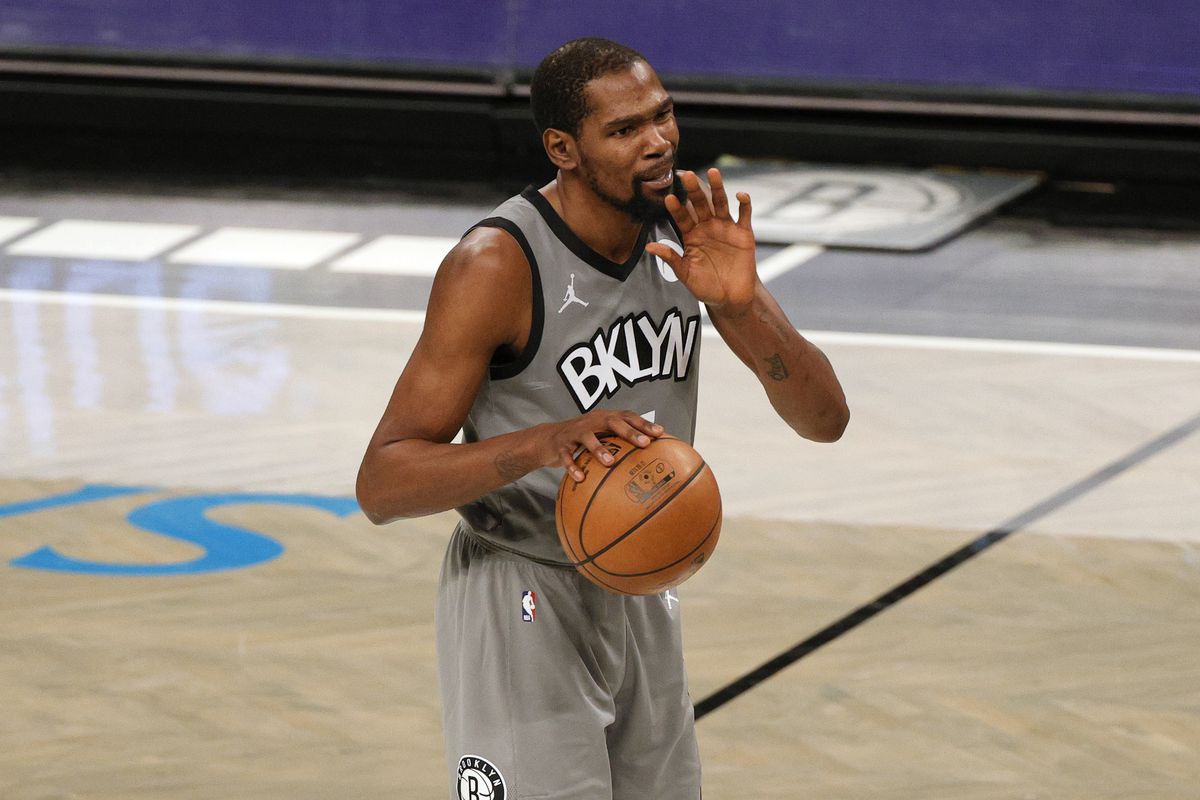 Stepping Up As a Leader Amid Adversity

Irving not being with the team through most of the training camp was definitely an unwanted distraction for the Nets organization, but Durant has stepped up his play and said all of the right things when it came to how he feels about the Irving situation.

“What is being mad going to do?”

“You’re not going to change his mind, you know what I’m saying? We’ll let him figure out what he needs to do and the team figures out what they need to do. And us as players, when we’re in the locker room, we’re on the floor, we’re gonna work with each other. Life is amazing, so I can’t be too mad at somebody making a decision for themselves. Who am I to get upset at that? Just focus on what we got in this locker room. And when Ky’s ready, I’m sure he’ll talk to Joe (Tsai) and Sean (Marks) and they’ll figure it out and they’ll tell us. So until then, we’re going to keep grinding.”

Durant’s play alone puts him in the MVP conversation, but when you consider just how important his play has been with a superstar out of the lineup, and the uncertainty behind that situation, it makes it that much more impressive, which should make him the early favorite for the MVP Award.

NBA Win Totals- Over or Under?