The Nets have struggled with their new big three, as they only played 16 games together before James Harden was shipped off to Philadelphia. Kyrie Irving and Kevin Durant remain, and now the Nets have added Ben Simmons, but he has not made his debut for the team due to a back injury. He’s missed more than 12 games since joining the Nets.

The Nets also have the fortune of New York lifting the vaccine mandate for performers and athletes, so Kyrie Irving can return to play Home games as well as away games for the Nets. Having Kyrie back full-time is a huge deal for Brooklyn, and I’m going to take a look at how it affects their season.

Kyrie Irving and Kevin Durant are both producing more than 27 points per game, and have been supported by Seth Curry, Lamarcus Aldridge, and Andre Drummond, who are all averaging at least 12 points per game.

Why can Kyrie play again? 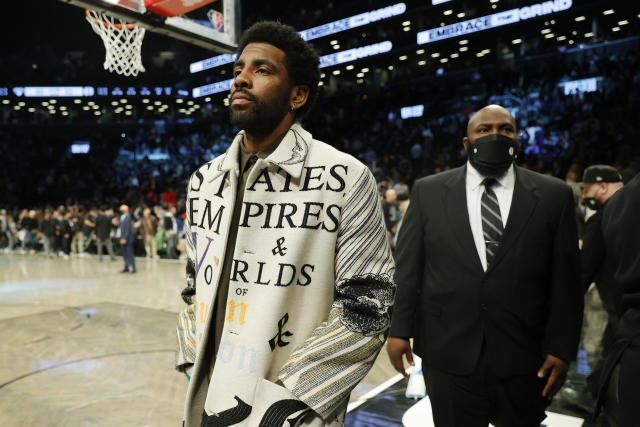 The NBA fined Kyrie and the Nets for allowing him into the locker room against state policy.

In case you were not aware, Kyrie Irving has only been allowed to play in games this season where the Nets are playing in an away arena located in a state that does not have a vaccine mandate. Many people criticized Irving for his choice, but it was just that: his choice.

While I do think it’s a bit foolish to choose not to take the vaccine, and also think nicknames like ‘Scared of needles Irving’ are funny, it was Kyrie’s choice and he stuck to his guns. Now that New York has lifted the vaccine mandate for performers and athletes, Kyrie can return to play full time for the knicks again.

In Kyrie’s last six games he’s averaging 29.3 points, 1.5 steals, 1 block, and 6 assists per game. He’s shooting above his career average from the field and from three, and has a superstar in Kevin Durant right beside him.

What does it mean for the east?

For the Eastern conference, this means watch out. Kyrie is one of the most talented players in the league and has experience playing under great coaches like Mike Krzyzewski and with great players like LeBron James. He has the experience and ability to help lead this team to a deep playoff run. 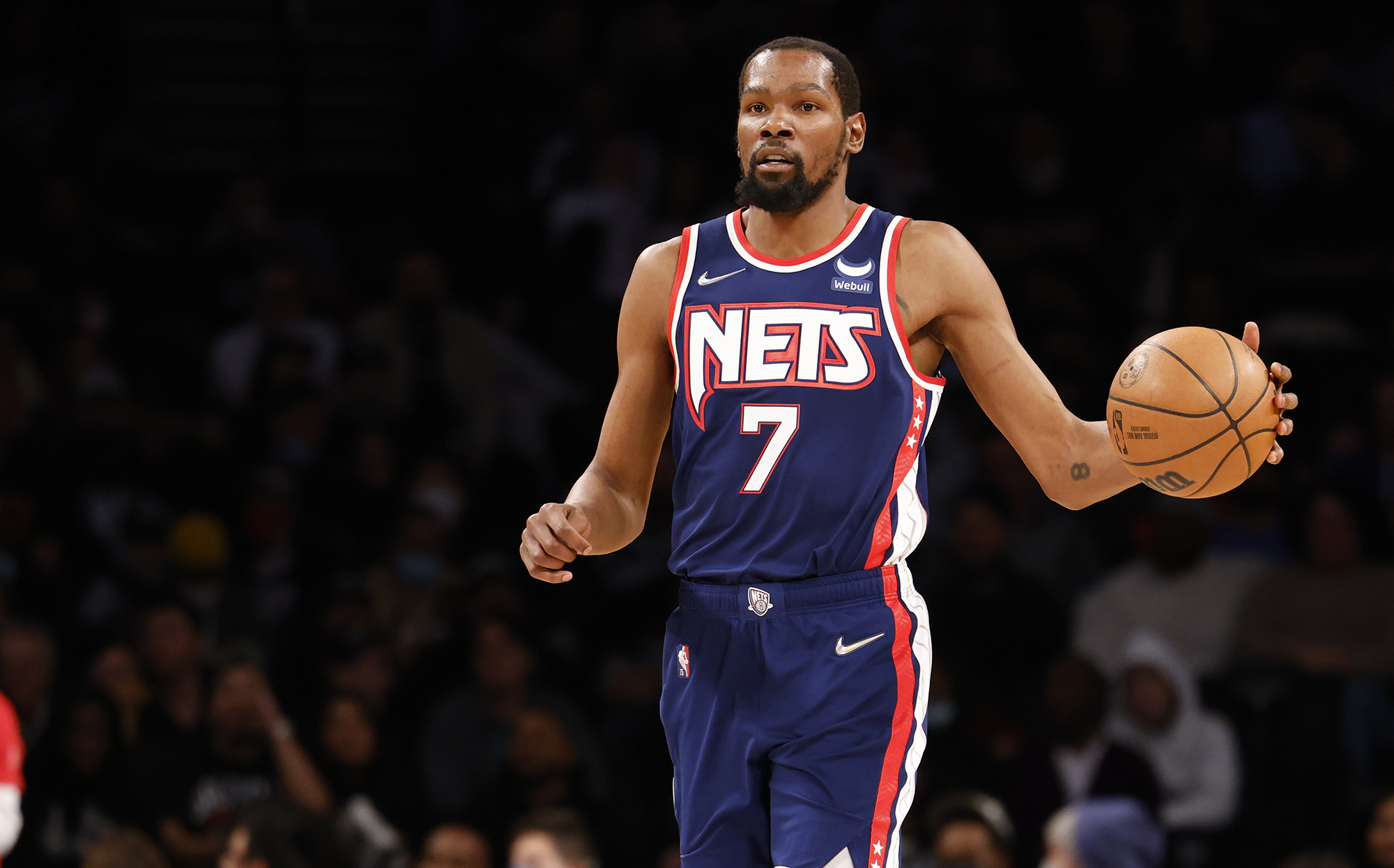 Kevin Durant has been absolutely exceptional for the Nets this season.

Kevin Durant has been having a monster season, averaging 29.7 points per game, second best in the league behind Lebron. He’s been efficient, shooting 52% from the field this season, and is averaging 32 points, 7 assists, and 8 rebounds in his last 10 games.

Having Kyrie paired up with KD for extended time periods, in practice, in the locker room, and at home games will be extremely valuable to this team. Kyrie has been accused of being a ‘locker room cancer’, but can prove people wrong if he chooses to help bring this Brooklyn team together.

Since the trade with the 76’ers, the Nets have not had a chance to see Ben Simmons on the floor. He’s missed 15 games since being traded and the Nets need him to come back to help get their scheme figured out before the playoffs start. 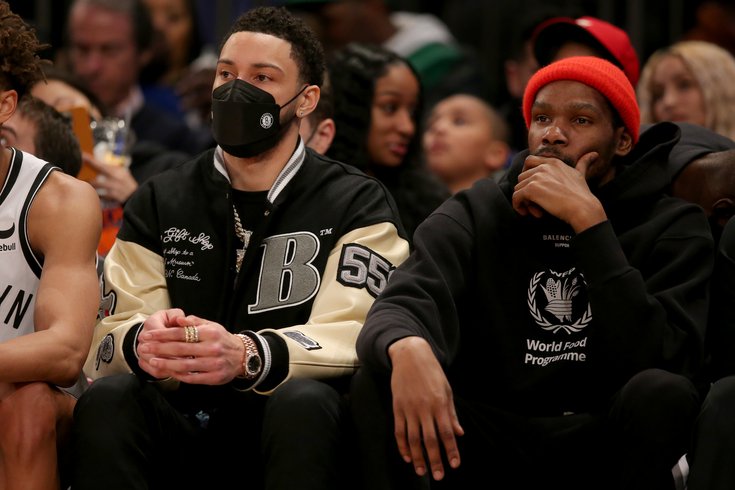 Ben Simmons sitting on the sidelines with Kevin Durant.

Simmons is a ginormous yet agile player whose biggest weakness has been shooting, especially deep shooting. Simmons has a presence inside but is also a phenomenal ball handler, and the Nets will have to figure out how to work him into the picture.

There’s no doubt that, barring any personality issues, this Brooklyn team should be the favorite to win the NBA finals. Kyrie and KD have both put up big numbers against high quality eastern conference opponents, and adding Simmons only makes them even more dangerous.

With a team stacked to this degree, the expectations in Brooklyn are most likely FInals or bust. If they make the finals and lose there may still be some degree of success in that, but there’s not a doubt in my mind that Brooklyn’s front office is dead focused on winning a title, and soon.

They’ve built the team in a way that is win-now, but also has potential for the future. They have rebounders, facilitators, and two of the best scorers in the league. I certainly think they’ll make it to the Eastern Conference Finals, but my question is if they can beat Giannis.

Certainly it is shaping up to be one hell of an ending to this year, and I can’t wait to find out how this crazy NBA season ends. The Nets certainly are looking good right now and are hoping to carry that success into the postseason.