The three-point contest has always been one of my favorite events of NBA All Star weekend. It trumps the dunk contest, in my eyes. So simple, so clean – and the talent this year is top notch.

The talent level is of course a product of the NBA trying to bring in as little amount of NBA players as possible for the weekend, so all six participants are All Stars.

Let’s break down the field, how they’ve shot the three this year, and my pick for the winner. I correctly bet Joe Harris to win in 2019, so no big deal but I clearly have a gift.

We’ve got six shooters in this year’s 3-Point Contest, with a few past winners getting back in the ring.

Steph and Booker have each won this contest before, and the odds give a nod to the past success. Booker in particular has had a lot of recent success, this being his fifth appearance in the contest.

Booker won in 2018, setting the record for most points, with a 28 of 34 mark. This will be his fourth straight appearance, coming within a point of beating Buddy Hield last year.

This highlight clip is as pure as it gets:

We all know the illustrious career of Steph Curry, sure to go down as the best shooter of all time. Curry won this contest back in 2015, last participating in 2019.

In a game like this, with so much randomness and “getting hot” – I see no reason to hitch our wagons to either of the favorites, though that Booker highlight sure makes it tough. The potential payout for the rest of the field is tantalizing and where I’ll be focusing my attention.

Before we get there, let’s take a look at how each of these stars have performed from behind the arc this season. 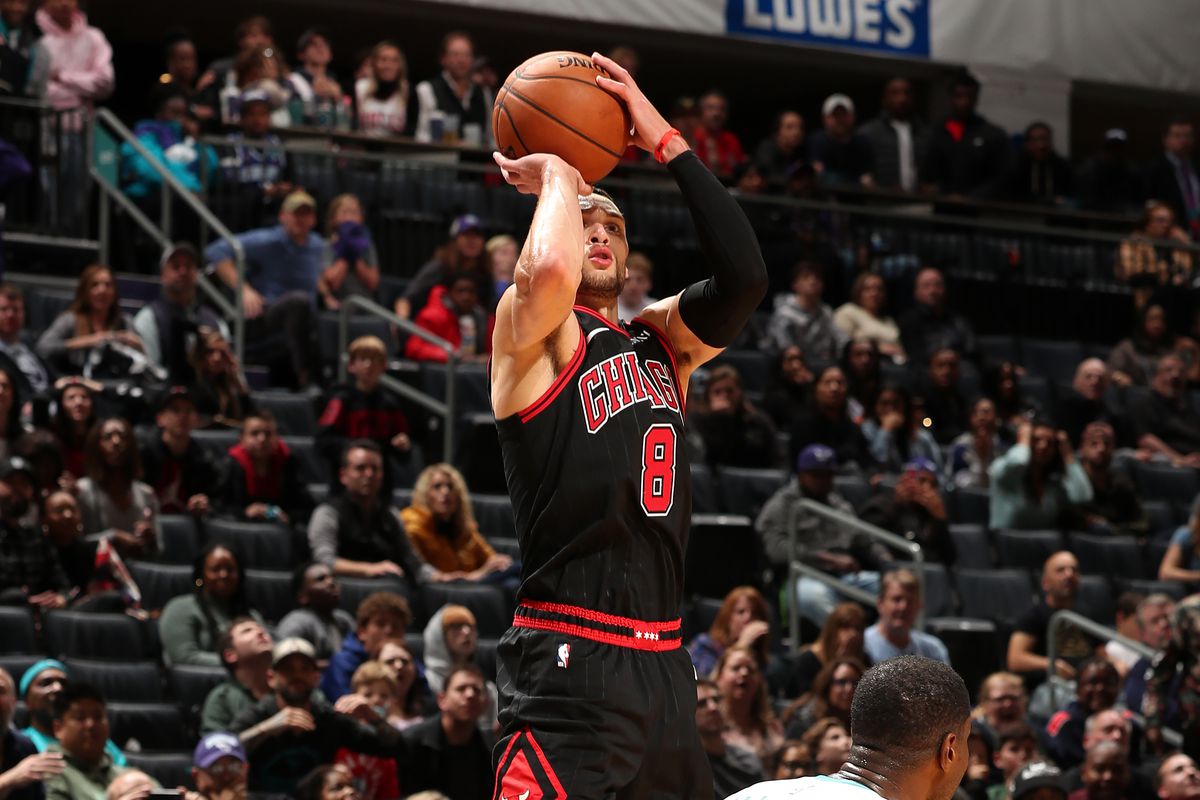 It’s a surprise to me to see that Booker is last among this group in both percentage and attempts. Meanwhile, Curry tops the league in attempts, which should come as no surprise.

The standouts for me here are Zach LaVine and Jaylen Brown. LaVine’s percentage is the highest in this group, and with odds at +450, he definitely has intriguing value.

Brown has shot well from three for the second year in a row, developing as the clear second scoring option for the Celtics behind Tatum.

My local bias may come into play here, but the context of watching Boston play so often is supporting my pick of Jaylen here. When Jaylen shoots threes, I find them to be designed plays for him to shoot from the corner, or spot up threes.

When you look at Tatum, he’s taken on the burden of creator in that offense, often taking fadeaway threes or iso threes at the end of the shot clock.

In a contest like this, I prefer the set plays: Advantage Jaylen Brown.

To round out the field, we have Mitchell and Tatum – two great young stars in this league. Both are making their Three-Point Contest debut, as is Brown, but don’t let that lack of experience keep you from following your heart. Since 2011, six of the ten winners were first-timers.

Obviously, this is anyone’s game, and I can’t wait to take in the action. I’m rolling with two picks to up our chances.

Enjoy All Star weekend in its entirety. To stay up to date with my latest picks and breakdowns, make sure you’re following on Twitter, @griffybets.

Missing Kobe – It Has Been a Long Year; 365 Days Without Kobe Bryant