I’ve taken a bit of time off to study the NBA from afar and figure out a system that I think can work. For my regular followers, the key for my bets has always been to find disparities between offense and defense. It seems obvious, but getting a clearer view into how teams perform both offensively and defensively goes a long way when making picks.

I’ve articulated my foundational approach on our first Sports 2.0 Show this past Wednesday – give it a watch if you’d like, I’ll summarize below. (I enter around the 11 minute mark).

Moving forward, I’ll be aggregating team’s offensive and defensive rankings using three metrics, equally weighted to give a ranking from 1-30.

I’m averaging each team’s rankings for the following: total points per game, effective field goal percentage and offensive efficiency – all courtesy of TeamRankings.com.

I average these rankings to give each team a singular ranking across the NBA landscape.

On the offensive side, I’m also averaging possessions per game rankings and field goals attempted per game to gauge how team’s stack up for pace of play. The logic is simply built around volume and opportunity. The faster a team plays, the more likely more shots go through that bucket.

I then average the rankings to find the best and worst defenses in the NBA.

I’ll be primarily focusing on over/under picks each week. For what it’s worth, my two picks from the show above were both correct – so we may just be on to something.

We may not always get a perfect overlap, but to get even one clearly superior offense will usually be enough for me to consider taking that over.

I’ll be updating this every week, but as of 3/9, here is how each team stacks up in the NBA in these categories.

Use the above as a resource for your own betting picks – but these rankings have helped shine a light on a few juicy targets for this weekend.

While I’m focusing on totals at this point, this should help inform your decisions for spreads, player props – the works. Let me know if you notice something I might have missed over on Twitter, @griffybets. 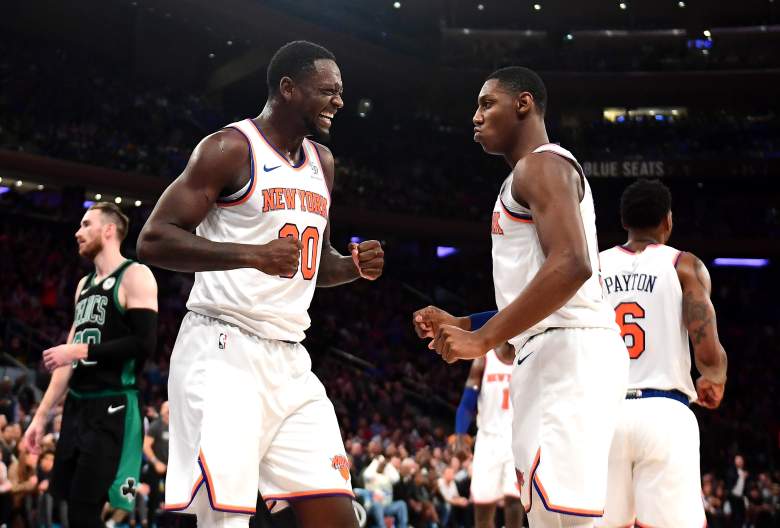 This is the perfect overlap of metrics that this system was designed to identify. Both the Knicks and Thunder have top-ten defenses and bottom-ten offenses. Does it get more clear than that? Betting unders is never fun, but I won’t be watching so I won’t have to hijack the viewing experience.

This is the pick for me solely because of the egregious difference between Milwaukee’s second-best offense and Washington’s third-worst defense. It also helps that both are in the top-four of our pace rankings above. Lock it in.

I’m rolling with an over in this game thanks to both teams finding themselves in the bottom-five of defensive rankings. Portland is a top-ten offense and Minnesota is number-one in pace. So, an overlap of a few different metrics – since Minnesota’s offensive efficiency leaves a lot to be desired. We ride.

The only game I like on Sunday is this Western conference battle. The Clippers and Pelicans are two of the best offenses in the NBA. Yes – LA has a strong defense, but New Orleans certainly does not. My expectation would be a high-scoring affair because of it.

That will do it for the inaugural NBA study, a new weekly feature here on Knup. Excited to dig in more, and we’ll keep a running log below of the picks success – here’s to many profitable nights.

For more, make sure you’re following on Twitter, @griffybets.