Should Devin Booker Have Been Ejected?

In the Phoenix Suns’ Game 3 loss to the Los Angeles Lakers, Devin Booker shoved Dennis Schroder in mid-air as Schroder was going up for the layup. That led to a Flagrant 2 foul, which is an automatic ejection.

“If somebody disrespects me first, I’m gonna do the same thing… I was talking to somebody, and he took it too sensitive and fouled me.”

“That wasn’t a basketball play, and the regular season, it’s probably a suspension as well.”

Should Booker have been ejected?

The ejection was justified. LeBron James clearly thought so as well.

“Well, I thought the play wasn’t a basketball play,” James said. “Any time someone gets airborne, shoving them out of the air can be very dangerous. So that’s that.” 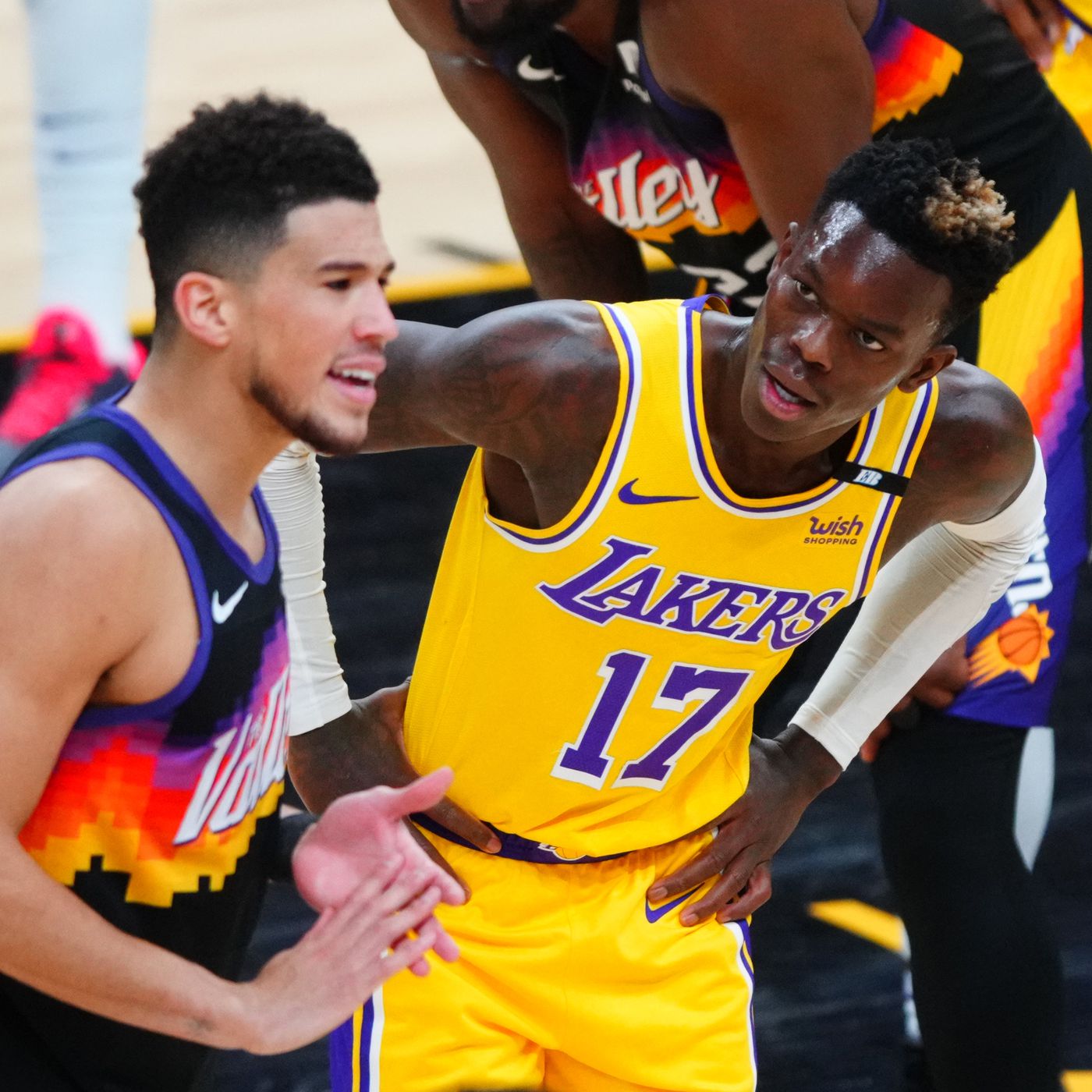 James is right; any time you shove a man while they’re airborne, it could lead to a potentially career-threatening injury. Luckily for Schroder, he was able to shake it off with ease, as he ended up doing pushups after being knocked down to the floor.

Anthony Davis also had Schroder’s back after the hard foul.

“Can’t happen,” Davis said. “Can’t do that, I mean, it’s playoff basketball, but you don’t push a guy out of the air like that with two hands. It’s a dirty play. Dennis could’ve really gotten hurt right there. We keep it in between the lines, we never want to. I know Monty, he’s not that type of coach, he’s probably going to say something to him, he was my coach for three years, but that just can’t happen. Hard fouls, things like that, playoff basketball, we accept those, but to blatantly push a guy with two hands out of the air, it’s a scary play. Good thing he’s okay, but plays like that are unacceptable.”

It’s perfectly fine to play hard and physical on every possession throughout the course of a 48-minute game, but with your team down by so much with such little time left in the game, it just isn’t a good look to foul a guy so hard in mid-air.

It’s okay to be frustrated, but the best way to handle that is to get some shots up after the game, obsessively watch the film and communicate with your teammates on how you guys can get after it the next game.

Given that it’s the NBA Playoffs, Booker will probably not receive a suspension, but there is a good chance he receives a fine.

All of that said, Booker is still one of the most electrifying young stars in this league, as he is the first player since Kobe Bryant to drop at least 70 points in a game. Hopefully, he can keep his emotions better composed in the future.