The Next Great NBA Rivalry

But the next player-versus-player rivalry in the NBA has the potential to trump them all — Cade Cunningham vs. Jalen Green.

Sure it seems like a lot to put two players who have yet to play their first NBA game on this pedestal and say that Cunningham vs. Green has the potential to be a bigger rivalry than Magic and Bird was, but it can be for a multitude of reasons.

The NBA lacks great rivalries, and that’s why we cherish them so much when they do happen. Both Major League Baseball and the National Football League thrive on rivalries, and college sports are rooted in the tradition and passion that fans have for the biggest rivalries on the schedule. Aside from the Lakers and Celtics, there aren’t any great historic rivalries in the NBA, and that’s something that the league has been able to overcome throughout its history because of the individual rivalries that the sport has been able to produce.

The next great rivalry in the NBA is going to be Cunningham vs. Green, and here’s why.

These two go back in time. Cunningham has always been viewed as the better player by talent evaluators like 247Sports and Rivals, and Green has always carried himself with a chip on his shoulder because of that because he thinks he is better.

What makes this dynamic so interesting is that while Cunningham is viewed as the better player, Green is the one that has the larger following on social media and has more of a pretty boy swagger to his game that attracts young fans. Green has the long curly hair, short shorts, and the high flying dunks all wrapped up in California boy body.

These two are polar opposites on the surface, and that’s one reason why they are meant to be rivals. One is the new school model, and the other seems like he just wants to play basketball. Oh, and on top of that, Cunningham and Green went No. 1 and No. 2 overall in the 2021 NBA Draft to the Detroit Pistons and Houston Rockets, respectively. 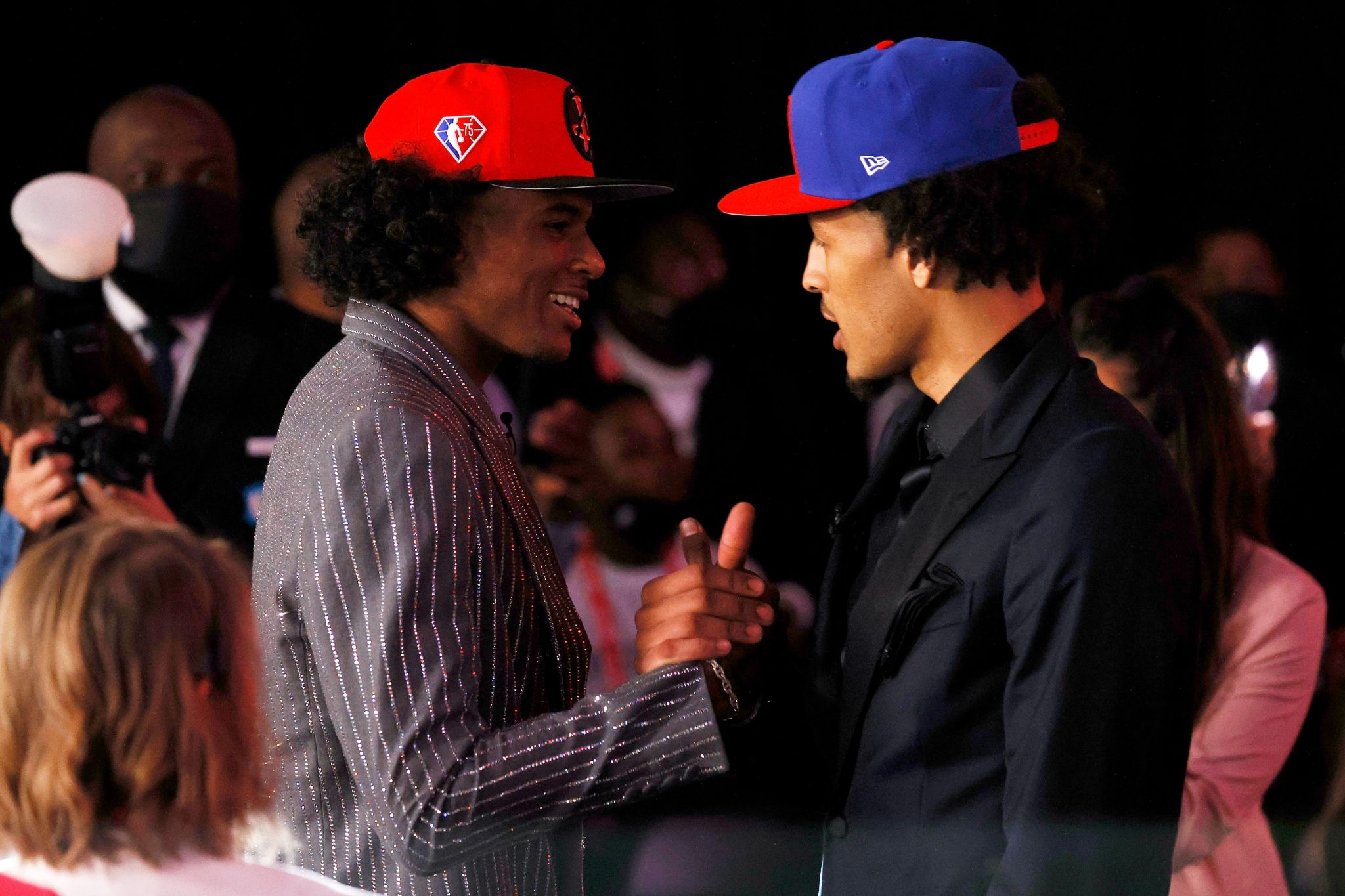 The next player-versus-player rivalry in the NBA has the potential to trump previous historical rivalries– Cade Cunningham vs. Jalen Green.

The NBA Summer League is largely a bunch of games that really don’t have much significance on the direction of an organization, and ESPN is really guilty of glorifying the games as if they matter more than they do.

They didn’t need to glorify Cunnigham vs. Green; they did it for themselves. On Tuesday, the Pistons and Rockets played, and the Rockets won 111-91, but the game itself was far from the story.

Instead, the story was the head-to-head matchup between Cunningham and Green. The Rockets won the game, and it was largely because of Green.

Green was 6-for-11 from the field and 3-of-5 from three, which was good for 25 points in addition to his five rebounds and three assists —leading the Pistons with 20 points on 8-of-19 shooting with four rebounds, and three assists.

But Cunningham nearly matched him. The Oklahoma State product finished with 20 points on 8-of-18 shooting with four threes, four rebounds, and two assists to go along with three steals.

So, yeah, this rivalry is already developing, and if they are able to turn their organizations around, it’s going to be here to stay, and that’s great for the NBA.