If the 2021 NBA Playoffs have taught us anything, it’s that the NBA is in great hands with the young, new talent that’s scattered around the league.

Other than the Los Angeles Clippers, none of the remaining teams in the playoffs were really expected to be a serious threat to win a championship coming into the season.

However, the Brooklyn Nets and the Los Angeles Lakers were both eliminated far earlier than they should’ve been, making room for the Milwaukee Bucks and Phoenix Suns to potentially punch a ticket to the NBA Finals.

The Atlanta Hawks also shocked the world with a series win over the Philadelphia 76ers, taking them down in seven games.

Young leading the pack this year

A lot of the Hawks’ success comes down to Trae Young, as he’s living up to the expectations of being the next Steph Curry.

For the entire playoffs, he’s averaging 30.5 points and 10.5 assists per game, and he took it to a whole new level in Game 1 against the Bucks, as he put up 48 points on the road.

There was even a moment where he paused for so long before finally letting it fly from three.

For all the criticism that’s been thrown Young’s way, he’s responded and is silencing those critics one by one.

Donovan Mitchell also has been proving to be one of the game’s best young superstars these playoffs, as he averaged 32.3 points across 10 games. He did that despite persistent pain from his ankle sprain injury that sidelined him for the last few weeks of the season and into Game 1 of the first round. 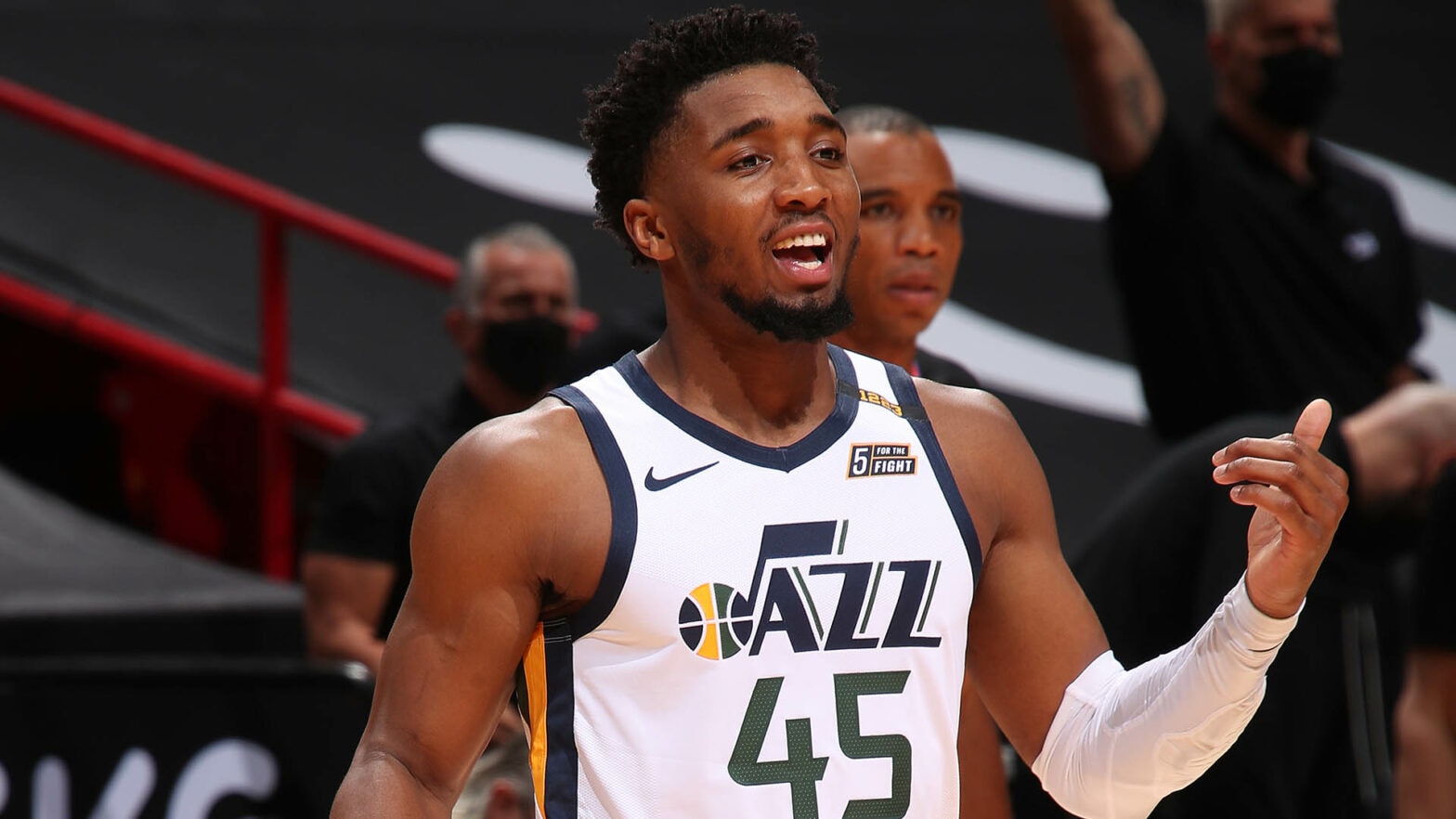 3rd year guard Donovan Mitchell led the Utah Jazz to the best record in the NBA this season, and reached the Western Conference Semifinals in the 2021 NBA Playoffs.

Mitchell was lighting it up to the point where he was drawing comparisons to 2006 Dwyane Wade, who led the Miami Heat to a championship. Unfortunately for Mitchell, the Utah Jazz couldn’t get past the Clippers.

Although the Boston Celtics essentially had no chance to beat the Nets, Jayson Tatum put up a 50 point performance in Game 3 of that series, which stood as their only win.

Tatum took advantage of mismatches on post-ups and shot the lights out. He proved that he’s a superstar you can build around.

Memphis Grizzlies guard Ja Morant had a 47 point performance in the first round against the Jazz, proving that he’s well on his way to becoming a superstar in this league.

All of the teams mentioned here are getting a ton of buzz due to the young talent they have, and the beauty of it is that they’re not located in big markets.
The big markets will always make the big dollars, but to see so much young talent on teams that don’t get enough attention is a beautiful thing for the league. It’ll inspire a casual fan to tune into a Bucks-Hawks game on a Wednesday night.

The personality guys like Young exude out there on the court resonates with the younger generations of fans. They love seeing Young launching deep shots and then shimmying after a make.

Young is only 22 years young, so he’s not going anywhere anytime soon.