The Bills were dominant over the Browns in their 17-3 victory. The Chiefs were on upset alert in the second half of their game after Patrick Mahomes left the contest with a concussion. Nevertheless, the Chiefs still found a way to win topping the Browns, 22-17.

AFC Divisional Round Wrap Up | Is this Buffalo’s Year?

Lamar Jackson and the Baltimore Ravens marched into Bills Stadium last Saturday night and were unable to find the endzone. Even though the Ravens didn’t score, they still outplayed the Bills for a majority of the night. In fact, the Ravens outgained the Bills through the air and on the ground. The Ravens racked up more first downs and controlled and won the time of possession battle.

The Ravens weren’t great on offense, but they statistically outdueled the Bills in nearly every offensive category. The one area where Josh Allen and the Bills beat the Ravens was in the turnover margin.

The Ravens fell apart late in the third quarter. Lamar Jackson, who was 14 of 24 for 162 yards on the night, threw an interception in the endzone. Bills cornerback, Taron Johnson, picked off the pass and proceeded to return it 101 yards for a Buffalo touchdown. If Baltimore puts the ball in the endzone on that drive, the game would’ve been tied at 10 points apiece.


Johnson’s 101-yard interception return made it 17-3 Bills. If Ravens fans had any hope remaining, it was removed on the next drive. Lamar Jackson took a bad hit in his own endzone which ultimately made him return to the locker room and not return for the rest of the game. Jackson suffered a concussion, and the Ravens went scoreless the rest of the game with Tyler Huntley under center.

The Ravens neutralized Josh Allen as well as the entire Buffalo rushing attack. However, Buffalo still prevailed by a score of 17-3. Buffalo will be playing for their first AFC Championship since 1994 on Sunday night against Kansas City.

Following the first half, it appeared that the Chiefs were going to blow the Browns out of Arrowhead Stadium. Although, the Browns had plenty of opportunities to upset the Chiefs in the second half.

The second quarter wasn’t as close as it seemed on paper. At the end of the second quarter, Baker Mayfield connected with Rashard Higgins near the front pylon of the endzone. Higgins attempted to dive to the pylon, but Chiefs linebacker, Daniel Sorenson forced the receiver to fumble on the one-yard line. The ball popped into the endzone and rolled out of bounds.


The call stood on the field and the Chiefs took the ball back with time to work. Patrick Mahomes led the team down the field to pick up an additional three points before the half. The second half didn’t follow this same trajectory.

The Browns were able to make a run in the second half, but the chiefs held them off in the final minutes of the fourth quarter. Patrick Mahomes left the game in the third quarter with a concussion. Browns running back, Kareem Hunt scored from three yards out with 11:07 remaining to narrow the Chiefs lead to five points.

Baker Mayfield and the Browns appeared to be driving down the field to win the game with eight minutes left. This didn’t end up being the case as Cleveland’s drive stalled. The Browns were forced to punt, and the Chiefs went on to run down the clock. Chiefs backup quarterback, Chad Henne, connected with Tyreek Hill on 4th & 1 to seal the deal and send Kansas City to their second straight AFC Championship Game.

AFC Divisional Round Wrap Up | Looking Ahead

The Kansas City Chiefs will host the Buffalo Bills on Sunday night at 6:40 PM ET in the AFC Championship Game. Patrick Mahomes could play, but he is still undergoing the NFL’s concussion protocol. More information will be released as the week progresses. 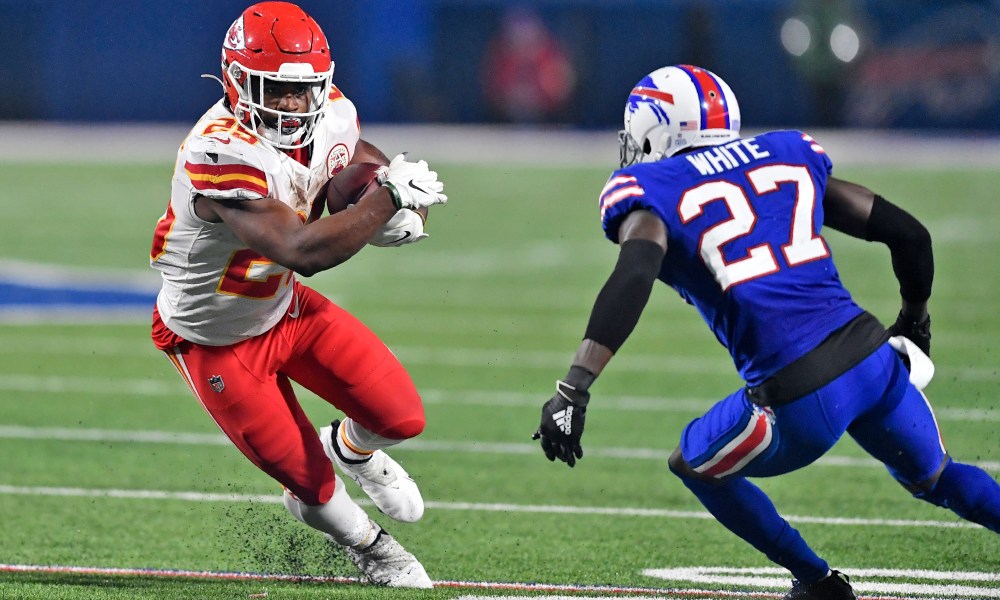 The Chiefs are currently a three-point favorite over the Bills. This will be the second meeting of the year between Kansas City and Buffalo. The Chiefs prevailed earlier this season by a score of 26-17.