“Number one rule of Wall Street. Nobody – and I don’t care if you’re Warren Buffet or if you’re Jimmy Buffet – nobody knows if a stock is going to go up, down, sideways or in circles. You know what a fugazi is? Fugayzi, fugazi. It’s a whazy. It’s a woozie. It’s fairy dust. It doesn’t exist. It’s never landed. It is no matter. It’s not on the elemental chart. It’s not fucking real.”

This is a quote from Matthew McConaughey, who played Mark Hanna in the Wolf of Wall Street. I often equate this quote to sports betting because it’s very accurate.

Nobody knows what is going to happen on Sunday. We can research and set ourselves up for success, but all bets are off between the lines after kickoff. This Wolf of Wall Street quote often circulates through my head on Sundays because there is always an unexpected upset.

In Week 15, we had two unpredictable moments that killed parlays all over America. The Detroit Lions took down the Arizona Cardinals, who were vying for the one seed in the NFC.

This colossal upset was followed by Taysom Hill and the Saints defeating Tom Brady and the Buccaneers by a 9-0 margin. It was the first time in 255 starts that Brady had been shut out by his opponents.

Kyler Murray looked like he stayed in Arizona on Sunday because he was not his usual self. Detroit deserves a lot of credit because they were in the quarterback’s face all day, but Arizona did not play well.

Murray was 23 of 41 for 257 yards with one touchdown and an interception. Murray was forced to be the guy on Sunday because the Lions dominated the trenches, and Arizona had to throw the ball. Murray had opportunities down the field but missed receivers in the open field and could not fit the ball into tight windows. This was not the case for Jared Goff, who looked like the best game manager in the NFL.

Goff was 21 of 26 for 216 yards and three touchdowns. This terrific day was combined with a strong rushing day from Craig Reynolds, who carried the ball 26 times for 112 yards.

The Cardinals were -800 and -12.5 on Sunday, but the sportsbooks were wrong. The +520 Lions shocked the world and made underdog bettors very happy.

Less than 5% of bets were placed on the Lions, so this should give you an indication that nobody knows what’s going to happen in the NFL.

Tom Brady is Shut Out

Brady looked bad on Sunday night, but it was not his fault. The loss was a perfect storm for Tampa Bay, who was favored by 11.5 points. The quarterback was 26 of 48 for 214 yards and an interception, but he was without a few of his playmakers early in the contest.

Chris Godwin and Mike Evans both left the game in the second quarter. Leonard Fournette hurt his hamstring in the third quarter. 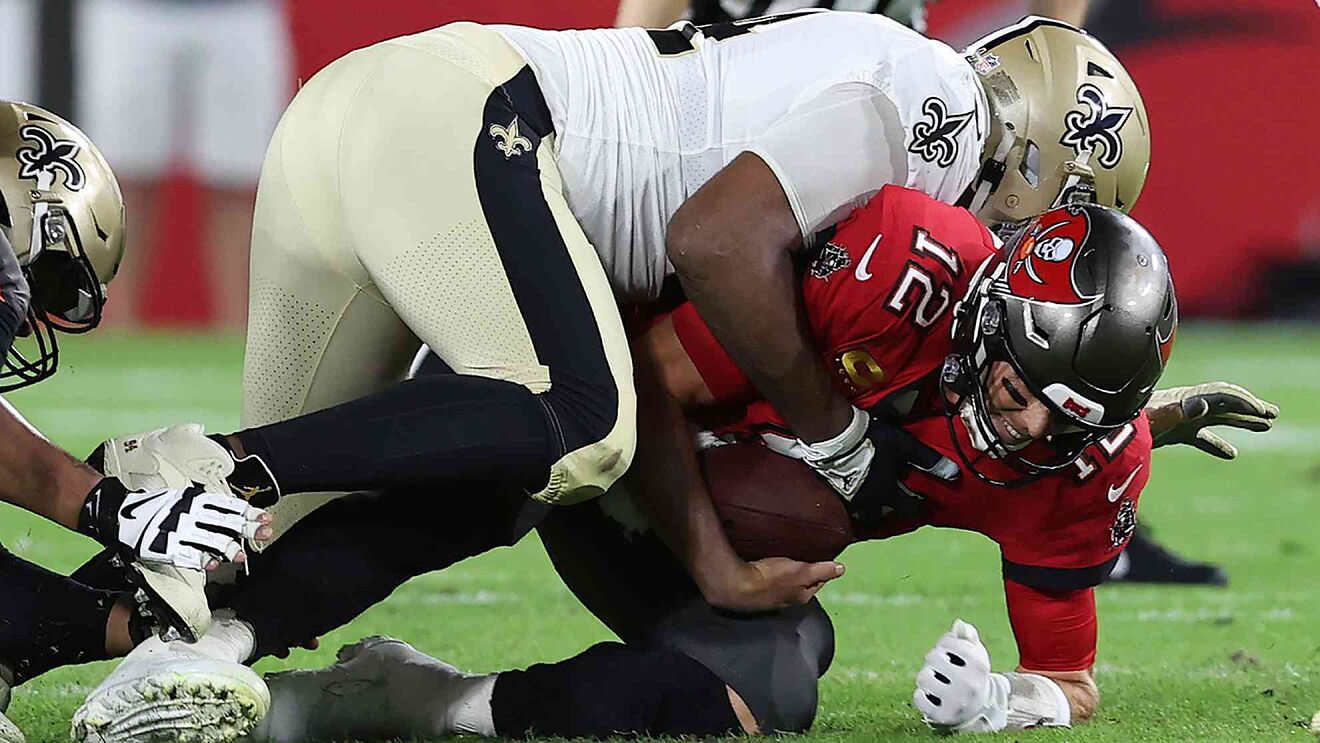 The loss of these three players proved to be debilitating for the Buccaneers. Although, Tampa Bay could not score one point on Sunday, which was unexpected for bettors.

Brady had not been shut out in 255 consecutive starts, and I bet there is not one person in America who thought the streak would die at home against a 6-7 football team. Yet, that’s sports betting and when you think a game is a lock, think again.

I thought the Buccaneers would be an easy way to conclude my three-leg parlay with Green Bay and Cincinnati. I was wrong, but I was not the only bettor.

Sunday once again showed that anything can happen in sports betting, so do not take any win for granted.