The Dolphins pretty much gave the Bears the blueprint on how to stop this ravens squad. Pressure Jackson as a passer and limit his rushing ability. The Bears should be able to mimic that with a solid defense and players like Khalil Mack. But for this team to pull it out, they will have to score points, something that they have been hard-pressed for.

As for the Ravens, it’s time for them to figure out their identity. It’s obvious they are missing a backfield cornerstone in J.K Dobbins as the revolving door at halfback hasn’t been working for them exactly. Their identity needs to change, and Jackson needs to start getting his receivers involved more as eventually, like last week, teams will silence his legs.

Bears vs Ravens Matchup at a Glance

Bears Preview: Fields is a work in progress

The Bear’s run defense is going to be an essential component for them come this weekend. So far this season, they have been pedestrian, ranking 18th in YPC and 23rd in YPG. For them to be successful, it’s not really the backs they should be worried about but more the quarterback rushing they should watch.

As for their offense, Justin Fields showed major signs of improvement in Week 9 before the bye. Against the Steelers, the rookie signal-caller compiled 291 yards and a touchdown and made plays with his feet. For them to be successful in this game, they are going to need to see Field’s improvement continue. 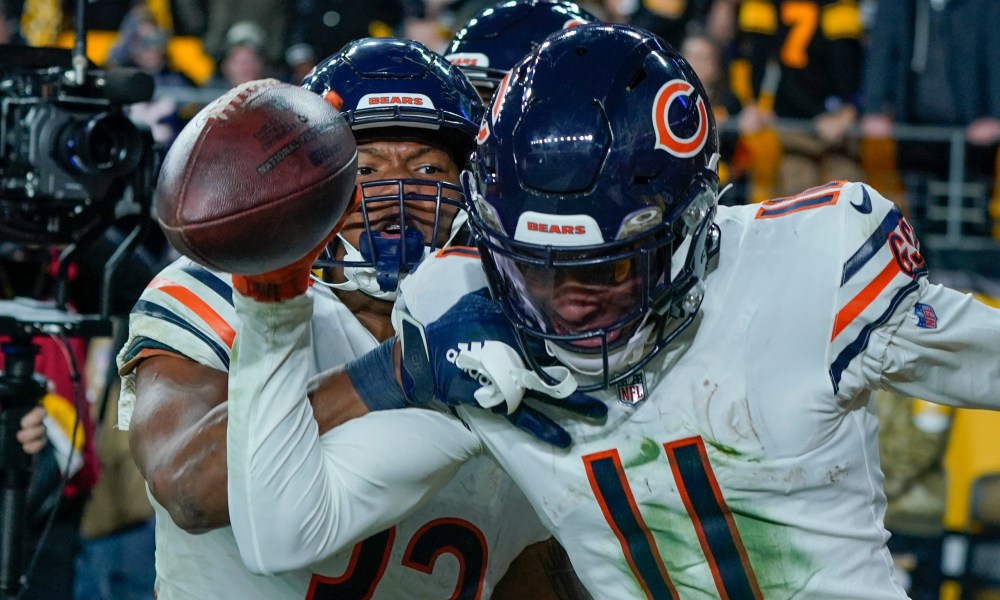 Ravens Preview: Can the real Lamar please stand up

This season has been up and down for so many NFL teams but especially for the Baltimore ravens. On primetime vs the Dolphins, their offense looked abysmal, only racking up 5.5 YPA through the air and playing to a QBR of 73.6. On top of that, he missed Holywood brown multiple times, only connecting with the young wideout six times on 13 targets. They are going to need more efficiency this week.

This game is really hard to predict. On one side, you have a team coming off one of their worst games of the season. And on the other side, you have a squad well-rested and rejuvenated after a bye week.

I think I’m going to go with Chicago off the bye, I think this team is better than it looks on paper, and this defense will give Jackson some fits come Sunday. Pointspread Chicago

Use the prop finder below to find all available offerings for this Bears vs Ravens game. You can also search for any player to see the props available for an individual.